The trouble with political bubbles 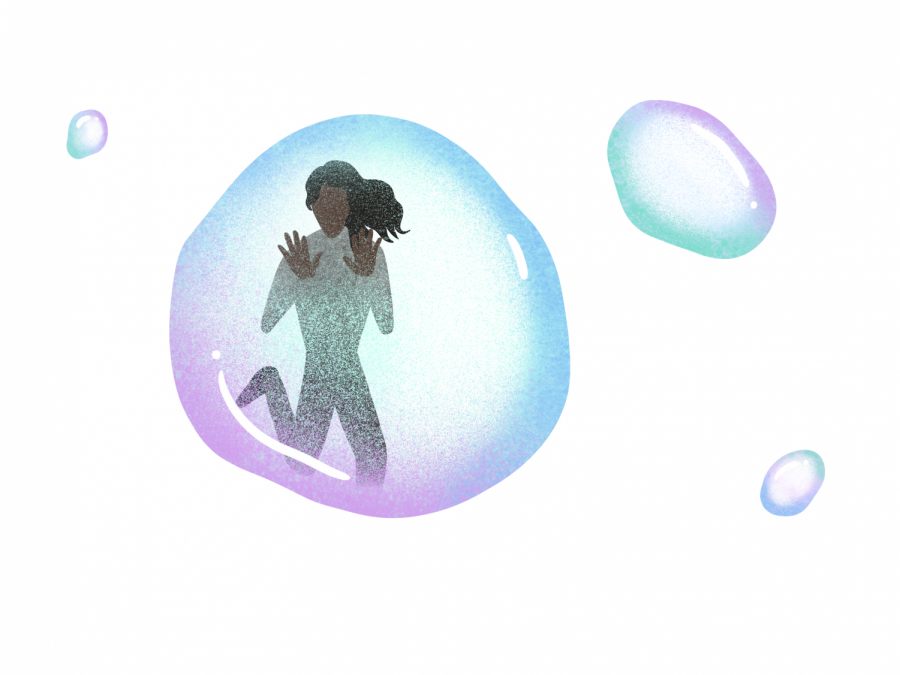 Breaking bubbles requires obliterating the idea of identity politics. That means we cannot continue to differentiate ourselves from others instead of connecting.

This summer, my family and I discussed socialism, as one does in any casual conversation. My mother argued that socialism could provide a more equal world, and my brother mentioned Sweden as an example. My father contested, arguing that Sweden has a small population, allowing for a more controlled distribution of capital. The minutiae of that were debated, people yell 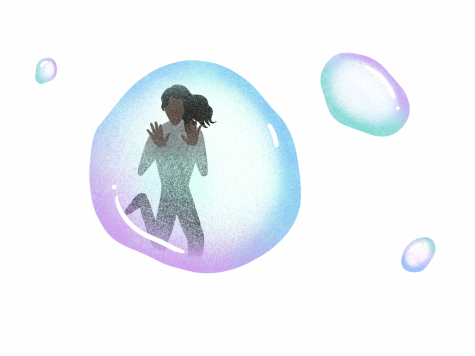 ed over each other, lapsing into chaos until everyone decided to shut up and listen to each other.

After the conversation, I realized that my dad was right. So was my mom. So was my brother.

If I’m being honest, these discussions often leave me more confused than anything. But they have given me a greater sense of perspective, something we sorely lack in the Bay Area. Here, the vast majority of people believe in the same things. We believe in strict gun control. We believe that climate change is inevitable and horrific. We believe that abortion is a guaranteed right. Yet we don’t have an understanding of what other people believe.

We live in the textbook definition of a political bubble. But I believe political bubbles should be “popped” because they cause radicalization and encourage identity politics.

Political bubbles increasingly radicalize liberals and conservatives. When people are surrounded only by those who confirm their viewpoints, they think everyone outside of their group must be wrong and can become fanatical.

This can happen to anyone, as shown by Caleb Cain. He became a far-right conservative after watching YouTube videos arguing that feminism and Muslims are destroying America. Caleb’s story is relatively common, as there have been many people who stumble into rabbit holes where these extreme views are confirmed by what they see.

The root cause of this escalation is the prevalence of identity politics, the idea that there is a “them” and an “us.” Studies have shown that humans subconsciously separate into exclusive groups. While we cannot stop this, this prevents necessary communication between groups.

Instead of finding commonalities to tie us together, we seek differences. We refuse to find any middle ground, and that is dangerous for two reasons. First, we become increasingly aggressive towards each other, further polarizing us. And on a more human level, it also causes us to alienate, dehumanize and stereotype entire groups of people.

But whether it be by race, gender, political party or age, these identities should not define with whom we align. Instead, we have to look beyond the face.

Breaking bubbles requires obliterating the idea of identity politics. That means we cannot continue to differentiate ourselves from others instead of connecting.

You may say, “Hey, Kaavya, what do we do? I’m a high schooler! I don’t really understand politics!” But I would respond, “I’m in high school too, and honestly, no one understands politics. But this is my take:”

In order to “pop” political bubbles, we need to initiate discussions because talking to people humanizes them, regardless of differences in ideology. After the Climate Strike, my friend and I talked with a conservative student, and it was a rewarding and informative experience. It made me realize that every issue has multiple sides. I consider climate change unequivocal, but he had a completely different viewpoint that taught me we have to go down to the minutiae to find the things that connect us.

The benefits of listening to those we don’t understand cannot be understated. I admit it’s not always possible to actively seek out discussions with people from different backgrounds. But when it is, taking advantage of these opportunities and finding ways to learn more about others’s perspectives is necessary to become a more well-rounded individual. What’s more, breaking these bubbles can lead to a respectful and understanding society.

A couple of weeks ago, I asked my dad what he thought of taxes. A simple question, but I already knew the answer: my dad hates taxes. But he unexpectedly said that a sense of balance is necessary for cohesiveness. I may not always agree with my dad, but he’s right on this one. If we want to break political bubbles, the only solution is to strike a balance and find common ground.