The Quirks of a Cat-Loving, Teva-Wearing, Environmentalist 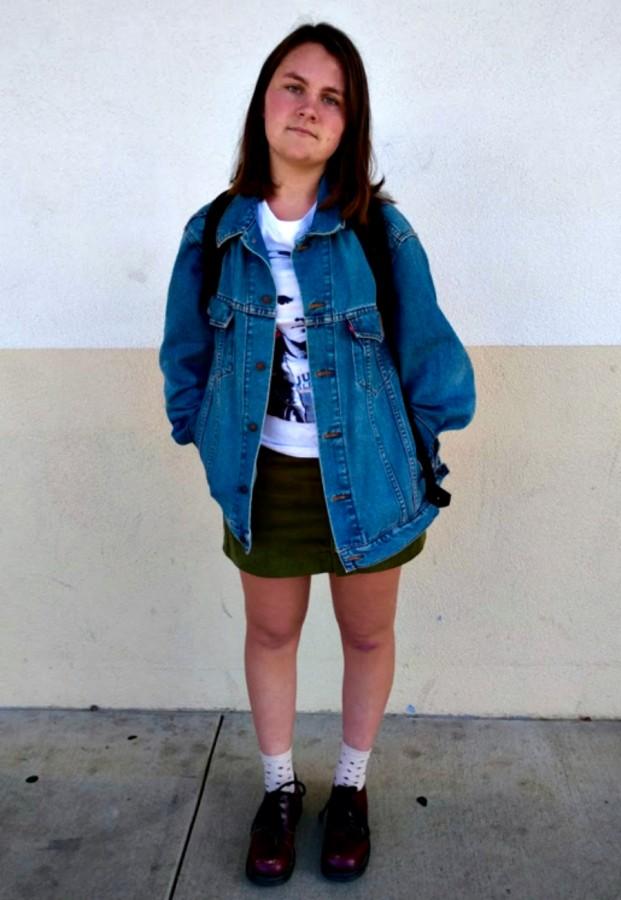 Senior Bianca Champenois, who can be seen at school rocking Teva sandals and cringing at people who throw away what should be recycled, is the president of three clubs, most notably the Green Team. Bianca is a trilingual, ambitious student who stands out of the crowd because of her many interests and quirks. Case in point: she may be one of the few LAHS students who does not own a smartphone.

Below is an exclusive interview with Bianca: the unique girl behind the Green Team’s composting videos that you watch on the morning announcements.

What are some of your interests?

“I am very interested in ecofeminism,” Bianca said. “Ecofeminism is a philosophy which combines environmentalism with feminism. It says that by eliminating the patriarcy we can not only reach gender equality but also get rid of society’s capitalist tendencies which are ruining the environment. Ecofeminists argue that giving women more power could solve many environmental problems — I mean who wouldn’t read a book called ecofeminism? Isn’t that awesome?”

I kind of hate myself for this but I have always kind of felt the need to break stereotypes. I feel like it’s not something you want to be doing with your life, but it’s something I’ve been doing with mine. The only reason I do [some of the things I like] is to break stereotypes. Other interests of mine include coding, physics, cheese, languages, cats, and making playlists on Spotify.”

What sparked your interest in the environment?

“Let me give you the answer I gave every college interviewer the past week. It’s mainly family values. I read The Lorax when I was little — the Doctor Suess book where the Lorax tries to stop the Once-lers from cutting down the truffula trees, and in the end he can’t do it but it’s ok because there’s a little kid who cares a whole lot about the environment. I’d like to be that little kid.

You know how people cringe when someone scratches a chalk board? I cringe when someone throws away a piece of paper or leaves the tap on. It makes me cringe. It makes me so uncomfortable inside and I can’t explain why. It’s just the act of wasting, polluting, degrading. I think humans think they are more important than they are. They think this whole planet belongs to them, that all these resources need to be exploited. They don’t realize that we don’t have to do all of this — we can be very content with a lot less.

I don’t think that we all need to become crazy environmental extremists, but if everyone just consumed in moderation it would be ok. You can simply consume less, take what you need and give what you have. You don’t have to buy a tesla or completely cut meat out of your diet, but you can drive less and eat meat in moderation.”

What do you like to do on your weekends?

“I volunteer to plant trees and remove weeds. At the end of every event, the organizers always ask if I need to get some paper signed to get volunteer hours, and I always say that I’m doing it for fun. And then they say how there is so much hope for the future generations and I laugh.

I try to tell people I’m not weird but they never believe me.”

What would you like to accomplish in the future?

“I want to engineer solutions to environmental problems. I want to map forests with code, clean oil spills with mushrooms, survey oceans with robots, solve the energy crisis with sustainable solutions.

I also want to own cats.”