The Power in Political Music 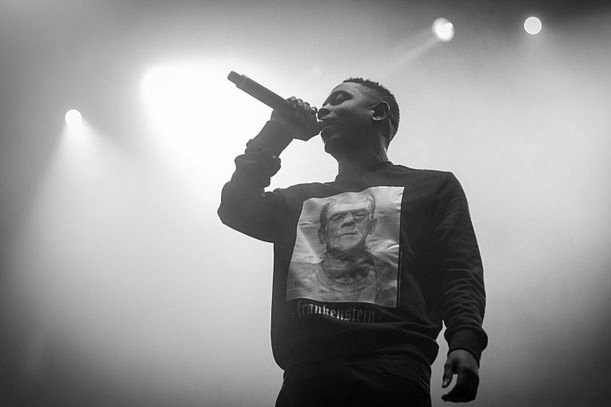 Recently, Bob Dylan, one of the most influential names in music, won the Nobel Prize in Literature for his achievements in literature, songwriting  and storytelling. Dylan’s music was powerful not simply because many enjoyed his unique style, but because he rallied people behind a greater cause, uniting them in rebellion against the Vietnam War. Political passions like Dylan’s have always been a part of music, acting as a voice for political opinion and a force of change. In modern American history, music is often used as a form of protest for social justice and government wrongdoings. Music like this appeals not only to those harmed by the problem, but also to bystanders who are compelled by the ideas that the artist preaches to its audience.

Since slaves in the south were humming spirituals that called for freedom, different kinds of music have questioned authority, challenged the government and driven powerful messages across the American public throughout history.

In the eighties, rap group N.W.A made songs against police brutality and described living life in poor American ghettos. N.W.A’s music mixed fast, catchy, bass-driven beats with bold lyrics that described the struggles of the African-American community. The raps are sung with confidence and passion, giving them a power that transcends the lyrics. Their music became appealing to colored minorities who could relate to the struggles described in the lyrics.

Later, at the height of the Iraq war, Green Day made “American Idiot,” which focused on exposing the corruption of the U.S. government through hard punk rock. The album told the story of “Jesus of Suburbia,” an anti-hero teen experiencing the struggles of the lower-middle class.

N.W.A and Green Day became two of the most popular bands of their time. Their lyrics were relevant to current events, making them controversial and risky. And for many people, they became the soundtrack to growing skepticism about politics.

Today, political music is still prevalent, especially in the hip hop industry, where many artists have written music that speaks out against racism, police brutality, poverty, and other social injustices. It may seem like an odd combination, but when rap meets political messages, fans of the genre love it. Hip hop music is known to have clever lyrics and show emotions, which fits well with expressing social views. When the listener hears the artist preaching the struggles of injustice, they feel a rush and motivation to join the movement of struggle. Hip hop is a popular genre among the African-American community, and since many of the political songs address struggles that African-Americans are facing,  they relate to the struggles of injustice that the artist preaches about. Even if the listener is not affected by these social issues, the song makes a powerful statement through the emotion shown from the singer, the exciting rush of the beat and the thought-provoking lyrics. These factors all work to submerge the listener into a story told from the perspective of those facing injustice, helping the listener empathize with those struggling.

Artists that speak out for political ideas through their music are “protest artists.” Some big protest artists in the hip hop industry are rappers Kendrick Lamar and J. Cole. Last year, Kendrick Lamar released his album “To Pimp A Butterfly.” Two of the songs on the album won Grammys and he narrowly missed the award of “Best Album.” The album’s main focus was attacking white supremacy, police brutality, social injustice, gang violence and mental health. Each lyric contained some sort of political message, and the social relevance of the songs is what made the album so popular. It acted as an outlet to express the struggles that many people feel today, making it relatable to many. To people who cannot relate to the problems he preaches, they still hear Lamar’s powerful lyrics and become captivated by the ideas.

The most popular song in the album, “Alright,” sent a message that, despite police brutality and physical and emotional violence faced by struggling minorities, everyone is going to be “alright.” It became known to be more deep-rooted than just a song. In the song, Kendrick doesn’t stutter, whisper or mumble like other hip hop artists, he yells the lyrics with confidence. He addresses challenges faced by his community, praising the way they rise up during moments of struggle. In the pre chorus, Kendrick says “When you know, we been hurt, we been down before, n****/When my pride was low, lookin’ at the world like ‘where do we go, n****?’” When Kendrick did one of his first big performances of the song at the BET awards, he performed it on a vandalized cop car.  Black Lives Matter adopted “Alright” as a mantra of solidarity and resilience.

“I’d go in certain parts of the world, and they were singing it in the streets.” Lamar told the New York Times.

Political messages have always been a part of modern music, and music evolves based on current events. Music can evoke more than just joy, excitement, sadness or serenity. It can reflect our mood in a way that allows us to connect to the struggles of others. Political music has the power to change opinions and drive emotions across minorities, it is influential in exposing people to lives and struggles of those living lives of struggle. And for others, it helps them keep their head up through it all.