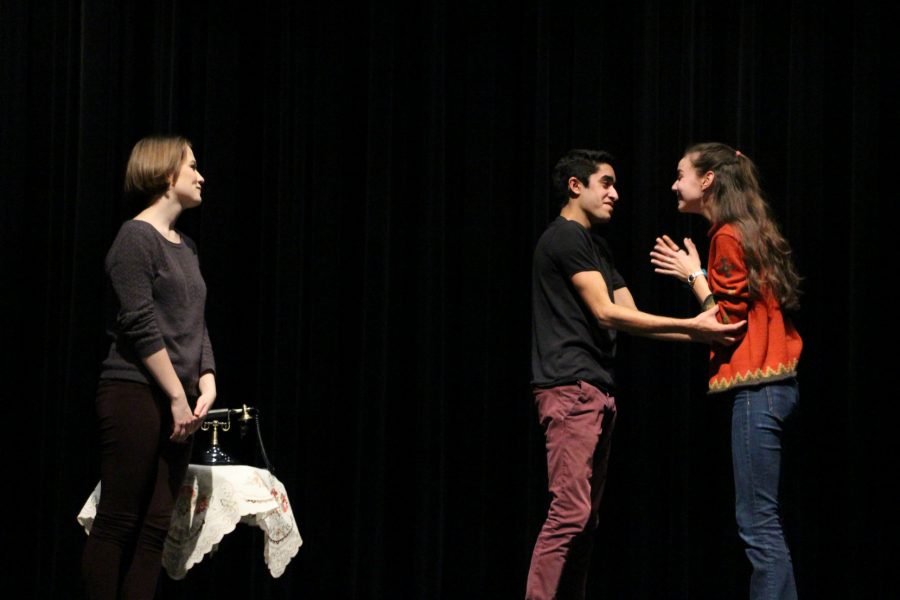 Every two years, the performing arts instructors from the choir, theater, dance and music departments at Los Altos combine their programs to craft a musical. Organizing such a project is no easy feat, but the result of this hard work comes in the form of a playful, heartwarming experience for viewers and actors alike.

This year’s musical, “The Boy Friend,” takes the audience on a trip back in time to 1920s France. The script follows Polly, a young, wealthy British socialite who, while attending a girls’ finishing school, falls in love with a poor messenger boy named Tony. Sophomore Skye Riordan, who plays Pierre, one of the protagonist’s friends, said that the theme of the play has required the ensemble to capture the vibe of the 1920s throughout the play.

“I listened to the soundtrack and thought, ‘This music is awesome,’” Skye said. “I’m personally a history freak, so thinking about speakeasies and flappers and all that stuff from the twenties is really cool to me.”

In order to ensure historical accuracy, the directors have had to research details from the time. Several of the dances incorporated into the play were fairly popular during the era in which “The Boy Friend” is set.

“I’ve been doing research on dances they did in the 1920s and learning about them online and creating choreography that works with the songs in the show,” dance teacher April Oliver said. “There are moments of Charleston… I found another dance craze from the 1920s called the ‘Black Bottom Dance,’ and I used a lot of the steps from that, and it’s very funny and silly and just over the top.”

In translating the twenties to the stage, however, “The Boy Friend” incorporates some of the antiquated sentiments of the period. Due to the sexist themes that are woven into the script, some students chose not to participate.

“The first time we were running it, everyone was looking at it like ‘Does it really say that?’” Riordan said. “But if you go back to the twenties, you need all of the twenties. As long as people come in knowing that this is from this era, the fact that you might feel slightly uncomfortable with it is good. Just appreciate it for the music and all the positive stuff that comes with it.”

The performing arts departments rarely collaborate on projects of this scale. Because of how little time there is to put the musical together, the directors, including Oliver, acting department head Nancy Moran, choir department head Mark Shaull and music department head Ted Ferrucci must work together to teach students outside of their respective departments.

“It’s nice because I don’t get to go into Mr. Shaull’s classroom as much and I don’t get to see Ms. Oliver teach,” Moran said. “Watching them work in their discipline is really fascinating, and it’s very inspiring for me to get new ideas of how to approach my classes.”

While Moran, the director of Broken Box, brings skills in theater choreography, the incorporation of song and dance requires her to collaborate with Shaull and Oliver. This type of interdisciplinary collaboration is key, as not all the members of the ensemble are well-rounded in the performing arts.

With the directors crossing over to assist students of different artistic strengths, the musical also presents the unique opportunity for students, whether they like to sing, dance, act or just enjoy performing, to work together and learn from each other. Senior Max Drummond, who plays Lord Brockhurst, the proverbial “dirty old man,” said that this aspect of the musical makes the experience even more rewarding.

“It’s really cool to see all these disciplines and arts come together and do one show together and it’s a really great opportunity to get exposed to other things — kind of step outside your comfort zone,” Max said. “This is an opportunity to try something new… There’s just something electrifying about it.”