The Path to Pageantry with K’ronna Harmon 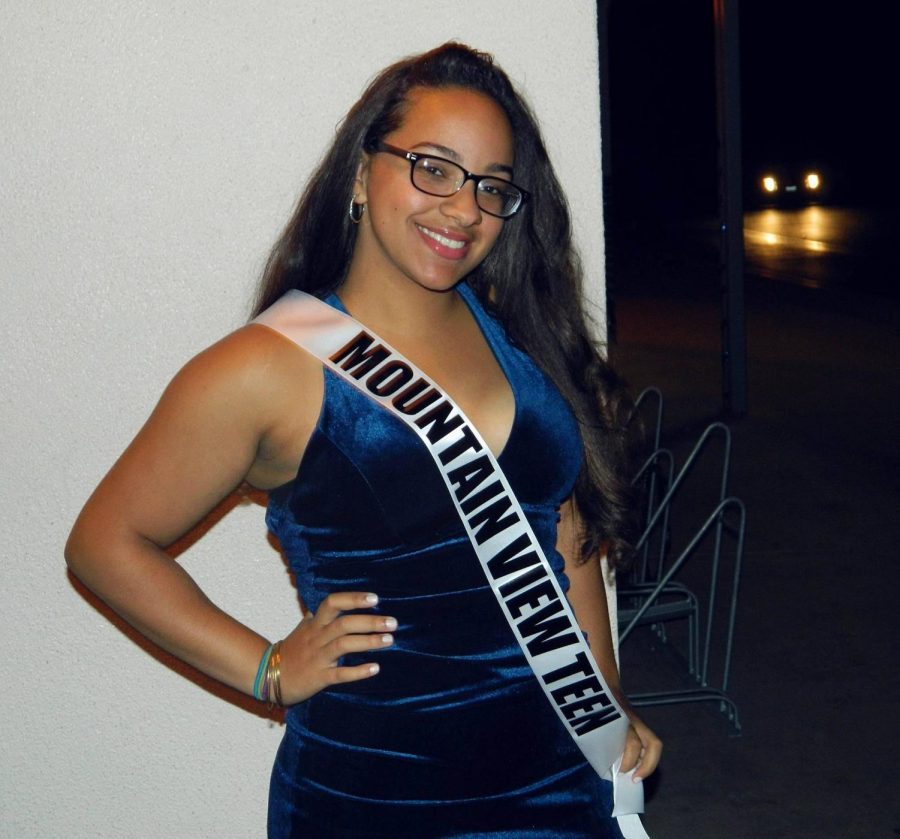 Senior K’ronna Harmon will take her talents to the Miss California Teen USA pageant stage for the first time tomorrow, Saturday, December 2. While this is her first time competing, her leadership experience and her innate compassion have already helped her connect with people involved in the pageant. She believes these skills will also help her utilize the pageant platform to help others.

K’ronna found videos of the pageant through YouTube and discovered more beyond the beauty side of the competition. When she discovered Miss Teen USA corporation’s decision to switch from a swimsuit category to an activewear category that also focuses on the healthy lifestyles of the contestants, she liked the idea of competing in the pageant even more.

As she learned more about the process of competing, K’ronna saw competing as an opportunity to gain experience in a new field and grow as a person, while networking and making bonds with other people. After a year of gathering information and understanding the pageant, K’ronna registered this August for the 2017 cycle.

She then attended an orientation for the pageant in November. As the first contestant to arrive and the last to leave, she focused on forming relationships with both sponsors and the other contestants.

“She has a charisma about her,” K’ronna’s mom Kelly Jost said. “I don’t know if it’s her smile, how she carries herself… she gets along with absolutely everybody.”

Attending the orientation was part of a longer process of preparing for the pageant. Along with styling her outfits and figuring out answers to live interview questions, K’ronna has been fundraising through GoFundMe to help cover the daunting expenses of transportation, outfits and other aspects of the pageant. Due to the expenses, K’ronna doubts that she will participate in another pageant after this one.

“Honestly, it is a struggle,” K’ronna said. “Money’s just been the biggest problem, but that’s just been something with me and my mom growing up. But we have a mindset that we’re not going to let money keep us from our opportunities or keep us from trying.”

K’ronna’s mom, Kelly Jost, also founded the nonprofit organization that K’ronna plans to promote on her pageant platform: Club Dandelion. The organization helps children who have experienced the loss of parents or siblings and gives them a support system.

K’ronna’s own dad was absent for most of her life due to an addiction problem, and her nephew lost his father at age 19 to gun violence. These losses have brought her closer to the rest of her family, and her compassion extends beyond family members, too.

“K’ronna sees that life skills are very important and supporting each other through very difficult, traumatic times is really important,” Jost said. “She’s empathetic to a lot of things people may not be speaking about.”

The pageant will provide K’ronna with her farthest-reaching platform yet, but she already dedicates time to the Los Altos-Mountain View community to help people.

“My focus has always been not necessarily to get to a place, but what can I do right now to be a leader and help people who are struggling right now, or be involved right now,” K’ronna said. “I’ve definitely been nonstop involved in leadership.”

Her first experience with a formal leadership role came when she applied to the Mountain View Leader and Training Program at age 12. The training lasted a full day once a month for K’ronna’s 7th and 8th grade years of school, and she took these skills to her role as manager for the boy’s basketball team at Crittenden Middle School. Her willingness to reach out and learn stays with her today.

On campus, many know K’ronna as the president of BSU. As a sophomore, K’ronna saw a need for leadership in the club and took it upon herself to organize and plan club events along with other administrative tasks to build a sense of community in BSU.

Her hours of dedication made her ambitious decision to compete in the pageant unsurprising to her close friend, senior Deija Walker.

“She strives for success and everyone else is so driven by her need to be successful,” Deija said. “It’s infectious.”

After meeting her before the start of freshman year, Deija watched K’ronna as she built up BSU and earned a high level of respect from her peers and teachers alike. BSU advisor and English teacher Michael Smith has also witnessed her consistent passion and growth as a leader from the hours of work she put into the club.

“The work that she’s put in with the club over the past few years has been really really solid to her gaining some new leadership skills,” Smith said. “She’s already gained a reputation of people looking up to her, and so they expect her, now, to be a leader. That level of pressure can be daunting.”

But K’ronna thrived under the pressure of having her every move scrutinized. Through the years she learned to organize and delegate, becoming a formidable leader for both BSU and her dance club, T.H.E. Clique.

As the pageant approaches, K’ronna is focused on keeping a level head and using the skills she gained through her past accomplishments to be successful in the competition.

“I don’t have the pageant experience, but I do have experience being me,” K’ronna said. “You can’t be upset with being yourself. I’m proud of who I am and what I’ve been through and what I’m doing to better myself and others.”