The Hard-Hitting Truth About Concussions 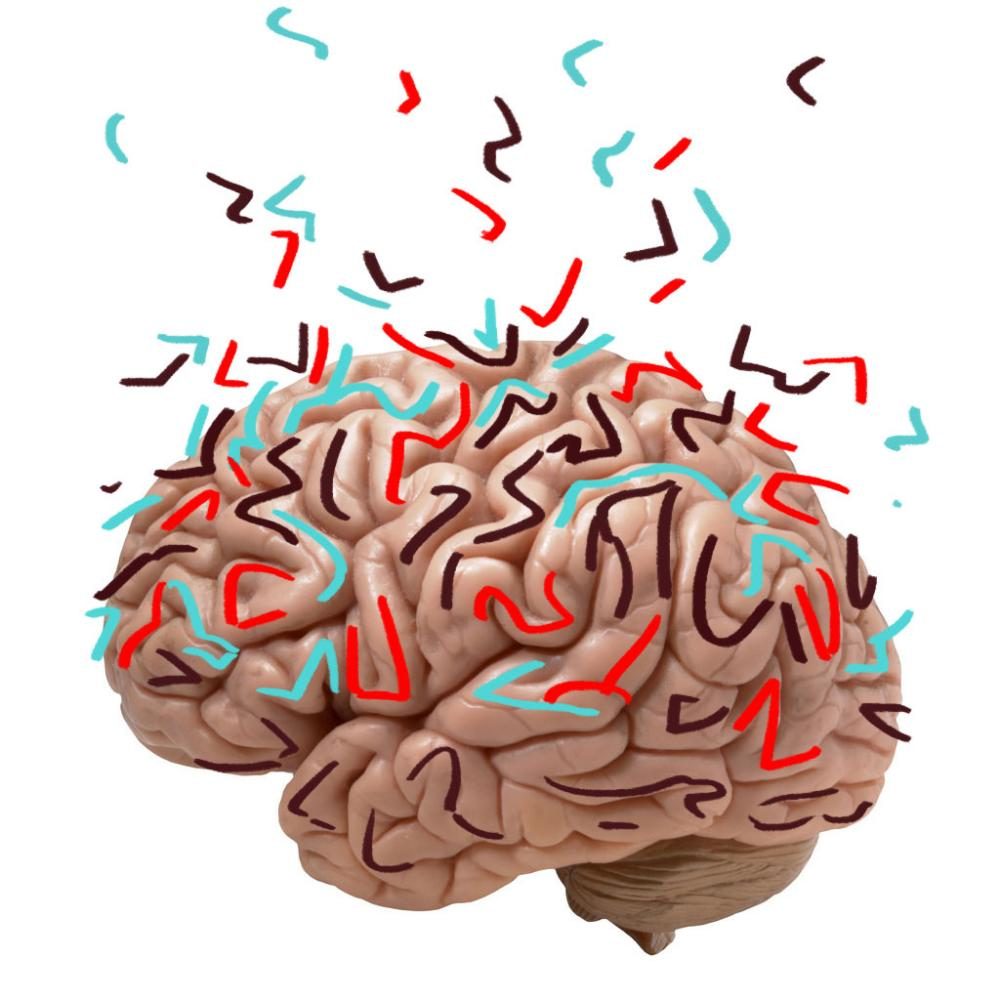 By Alex Luna and Haley Ecker

How do Los Altos student-athletes feel when they’re concussed? “Groggy,” one said. “Foggy,” said another. “Vegetable-like,” added a third. Concussions are traumatic brain injuries that severely affect brain function, causing headaches, dizziness, sensitivity to light and difficulties concentrating. However, many students do not take their injuries as seriously as physicians tell them to, despite the negative side effects.

For junior Dejia Walker of the varsity cheer team, this was the case. But even though her doctor advised her to limit her screen time and not complete homework for two weeks, she didn’t want to fall behind in her classes and continued to use her computer and phone.

“Falling behind is so easy, so I couldn’t just not do any work for two weeks because that would put me way far behind,” Dejia said. “I eventually fell into this endless cycle of playing catch-up because I had so much work that I didn’t do.”

Those with a concussion of any caliber typically need to follow a strict recovery process outlined by a doctor. In high school sports, however, athletes will often feel pressured to make a speedy recovery and rejoin the team. This makes it much more difficult to completely follow the doctor’s advice. Along with the stress to uphold one’s academic endeavors, high school athletes in particular find it much harder to put athletics and academics aside in order to recover.

“If you’re working on something that is a cognitive brain function like academics and your symptoms are worsening, that load needs to be lightened so your brain can heal,” Pediatrician Dr. Orchid Ghaffari of Palo Alto Medical Foundation said. “Similarly, when you go back to sports, if you’re exacerbating your symptoms, you need to listen to your body and back off. In the long run, you [will be] more successful in your sport, and you’ll be able to keep up with it longer.”

Junior Jazlyn Meija had a similar experience to Deija. She suffered her concussion just a few weeks ago during a lacrosse game. Despite her doctor’s advice to avoid all strenuous physical and mental activity, she decided to continue her schoolwork in order to stay caught up. According to Jazlyn, she felt it was okay for her to not follow her doctor’s orders because she felt fine.

“Academically, I couldn’t just drop everything, and many of my teachers were very supportive [of her injury],” Jazlyn said.

Nevertheless, Jazlyn still feels the pressure to quickly recover due to commitments to the team.

Should an athlete receive too many concussions from a particular sport, they may have to quit playing the sport all together. For junior Connor Brett, this was the case. After getting several minor and two serious concussions from water polo, Connor’s doctor recommended that he stop playing contact sports altogether. His most serious concussions had occurred within a short period, and as a result, Connor was unable to attend school for several weeks. He was forced to drop classes which he later had to to make up during the summer.

“I was pretty much not functional,” Connor said. “I couldn’t do anything. I would have to stay in my room all day with the lights off, and if I wanted to go upstairs I would have to put sunglasses on. At the end of the day, I would be exhausted and my head would hurt.”

Since all athletes are physically different, they’ll each recover from concussions differently. It’s difficult to gather solid data on concussions because of people’s biological differences, and even doctors struggle with giving patients accurate recovery methods.

“We try to follow the expert’s recommendation and the international experts from multiple disciplines that came up with their best recommendations based on the evidence we have right now,” Ghaffari said. “It’s really hard to say that you absolutely must rest two days or five days, but we know that any activity that is bringing back your neurologic systems is putting a strain on your brain.”

Concussions can occur in any sport, at any time. Participating in high school sports is a rewarding experience, but athletes should remember that if they receive a serious injury like a concussion, it’s better to listen to the doctor’s advice instead of feeling pressured to complete schoolwork and return to practice.

“It’s unfortunate that sometimes families see [concussions] as a nuisance or as  a setback in their sport,” Ghaffari said. “For their long-term well-being, it’s still critical for them to avoid a repeat head injury before they’ve fully recovered. Hopefully, they never have another head injury, but the biggest downside would be to go back and risk suffering another head impact when your brain hasn’t even recovered from the first one.”