The Golden State is set ablaze, not for the first time, but hopefully the last 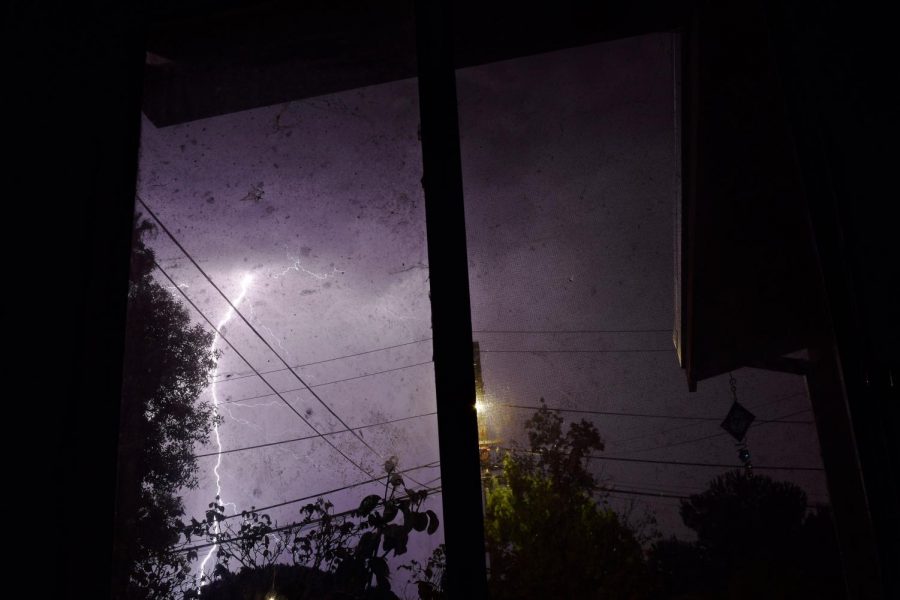 Early morning on Sunday, August 16, lightning strikes rampaged the Bay Area. It begs the question: Is this a normal occurrence, or does man-made climate change play a part? And what can we do to help?

It’s only August and California has already seen over 7,000 fires that have destroyed over 1.4 million acres of land this year. Some may say these wildfires are normal, that they are simply nature running its course. Some may say climate change is the culprit, and we are the victims. Some may say we are the ones at fault, that it’s on us. Frankly, I do believe humans carry responsibility for climate change.

Proof of the chaos we’ve created has made an up-close and personal appearance in Northern California. The Golden State is known for moderate, warm temperatures, but this past week, Silicon Valley has seen temperatures rise to over 100 degrees.

At 1 a.m. on Sunday, August 16, the Bay Area witnessed a rare dry thunderstorm, a rarity on the West Coast, due to the proximity to the ocean. Currently Cal Fire is battling three main fires: the LNU, SCU and CZU Lightning Complexes.

Smelling smoke in the air and hearing about wildfires aren’t new occurrences. It’s saddening that this is the new normal — that a few years ago our school was forced to close not for a snow day, but a smoke day. If school hadn’t already been closed due the pandemic, we would be indoors anyway because of the poor air quality. Although this time, these fires are no longer in Southern California or even Santa Rosa; they’re less than an hour car drive away in the Santa Cruz mountains.

The unyielding weather and wildfires have been getting worse year after year, and if we don’t make any serious changes, this trend is only going to continue.

Signs of climate change have been around us for decades. Water levels have risen six to eight inches and global temperatures have risen 1.8 degrees Fahrenheit over the past century. If we let this continue, everyone will face the repercussions of our ignorance. Oh wait, people are already paying the price.

Search no further than out your window and see the gray haze that has overtaken the blue sky. Open the door and smell the smoke as it makes its way into our living rooms and hallways. Take a look at recent pictures of the wildfires ravaging forests and houses that look like they belong in a dystopian society novel, when in reality, they are right next door.

Humans are not perfect. But even if mistakes have been made, it does not mean they cannot be corrected. We see and know what is wrong, and we have the tools to fix it. Combating climate change may sound huge, overwhelming and daunting at first, but there are so many simple habits that you can incorporate into your everyday life that are within your grasp. For instance, if your computer is plugged in and it’s fully charged, unplug it and save electricity! You could also do something as small as using a reusable water bottle instead of purchasing plastic ones to reduce the amount of oil used in their creation.

If you’re old enough and want to show your support on a larger scale, vote! Vote for mayors, governors, a president who will take the necessary steps toward addressing global climate change. It’ll be hard work and take all of us to pull this off, but the pay off? Land, species and lives will be spared.

We cannot wait for something to happen or just leave it for the next generation. We are physically surrounded by proof of what happens when we wait. Does it feel right to leave this mess for your nieces, nephews, for your children to clean up? It’s up to us to decide when we’re going to take these warnings seriously.

With any luck these fires may eventually die out, but we can not let our activism die with them.