The dog days are almost over 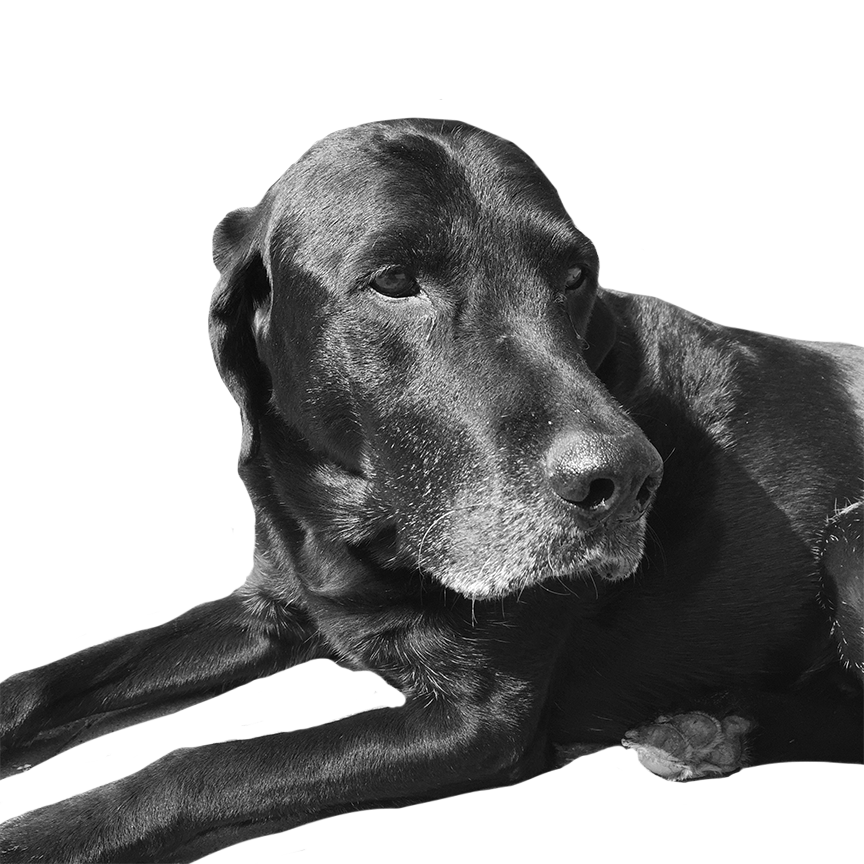 It was about ten years ago when my mom, fed up with my dogs, stripped our entire house of carpet and transitioned entirely to hardwood floors as a result of their intense shedding and them tracking mud into the house. Our white couches quickly became detailed with chew marks and black dog hair. My Webkinz would mysteriously go missing until they would be uncovered underneath Java’s snout, and my dinosaur chicken nuggets would disappear from my plate as Jazz licked her chops. Three kids, two black labs, one bunny and eight chickens made our days far from mundane.

Today, I come home to a silent house that only contains my now-elderly dogs lounging on their beds. With Java nearing 13 and Jazz nearing 12, they’re archaic in dog terms. We’ve begun putting rugs and dog beds in various parts of the house so Java’s weakened hips and fragile paws can get traction, and he can have a base camp every couple of feet in case the pain gets too much.

It was around 7 p.m. last night when I came home to hear Java crying from behind the door of my brother’s empty, dark, cold, hardwood floored bedroom. He was stuck behind the door that he used to use his snout or paw to open. But now, he sat there, trying to get out a bark for help, although it was clear he had no idea where he was, how he got there or how to get out.

These instances of displacement and confusion that Java experiences have become the new normal. The sound of his gray paws pacing our floor as he tries to navigate himself from my parent’s bedroom to the kitchen has become white noise to me. Java’s bones, joints and muscles are enfeebled to the point where the rugs and beds don’t provide that much help, anyway.

The hardest thing is watching Jazz try to make sense out of Java’s inevitable aging. I see as she tries to comprehend the idea that one day she will not have him and one day, she will be alone. Coming home from school I am greeted by Jazz running up to my car, wagging her tail and smiling while Java tries to keep up from about 20 feet back. However, this is one of the many depressions that are a part of life. We must grasp the idea that at one point or another, we’re all going be on our own, it’s just a matter of time. My family and I (including Jazz) look at Java getting weaker. Naturally, we realize that we are going to have to say goodbye in the near future, but emotionally, we don’t want to do it and don’t think we can.

Java is in the conclusion of his life now with his days spent mostly napping, rather than playing on the grass with Jazz or chasing squirrels which was customary for him up until about a year ago. However, he still demonstrates his most common Java trait: he wants to be where the people are. He follows me and my parents from room to room as best as he can, cries if he’s sleeping in a room alone and when we’re outside, that’s where he wants to be, no matter how difficult it is for him.

Having two older siblings that have already graduated from Los Altos and haven’t lived with me for years, I have grown up with Java and Jazz. We have lived completely parallel lives, from seeing snow for the first time to finding our first gray hair (lol). As I am approaching my last few years in Los Altos and preparing to move on to the next stage of my life, so are they.

“The day will come when Java won’t be able to get up and is in extreme pain, and when it does it’ll be time to let him go,” our vet said when we recently brought Java in for a checkup.

However, the very thought is unimaginable.

The life lesson that Java has been teaching me since the days I was smaller than him is that the time we have with the ones we love is so valuable, and we must cherish it. We can’t forget to be thankful toward the ones who have given us so much for all they have done, in this case being Java, who has given me the strongest companionship imaginable.

I can see through his cloudy eyes that Java understands that he is old and vulnerable, and it’s become hard to leave him alone with his frights. I notice sometimes as I pull out of the driveway for school, or say bye to them as I leave my house that Java thinks he is being left behind and forgotten. Standing in our driveway, right outside our garage, he curls himself up, lowering the hind of his body gradually, little by little, until his shaking haunches find the floor of the Costco dog bed. He slides his delicate front paws forward, gently, gently, and he is down, and I’m already out the door.

“It’s true what they say. We are their entire lives and it is the greatest shame that they can only bless us with a short spark of time in ours.” – Chrissy Teigen