The Darker Side of K-Pop 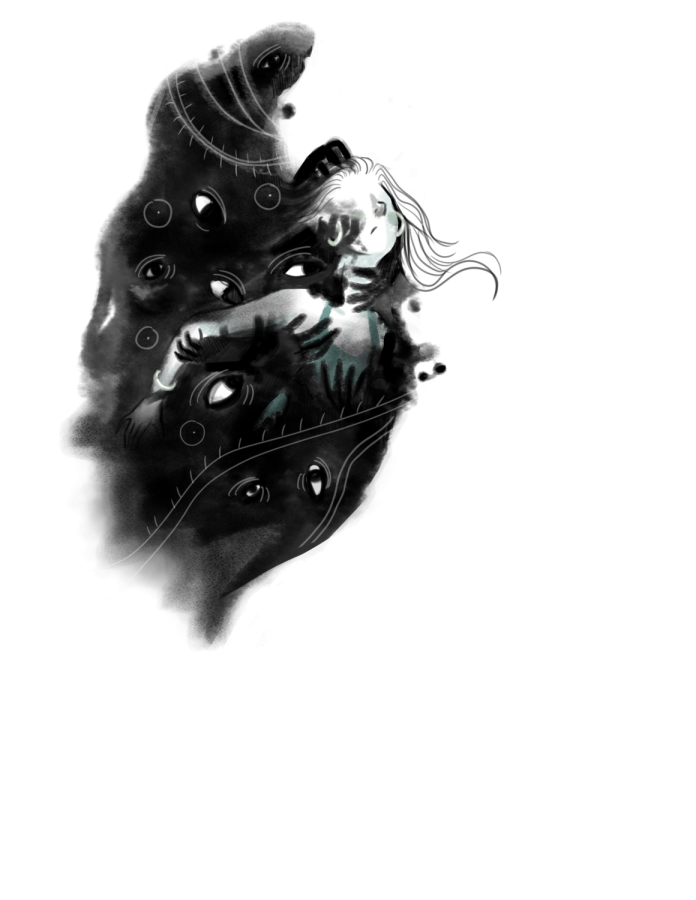 When you think of K-pop, you probably think of bright colors and smiling, flashy idols singing and dancing on stage, bringing smiles to their millions of fans. But behind the glamour lies a lucrative, cutthroat industry blotched with incidents of sexual assault and crime.

One recent scandal that recently emerged involved several high-profile K-pop stars, including Seungri of boy group Big Bang. While not performing on stage or attending interviews, the successful singer-songwriter and TV personality had been hiring prostitutes to offer sexual services to potential investors in his club, Burning Sun, and drugging women for sex. Subsequently, he would allow his clients to record themselves having sex with the women and circulate the videos in online chat rooms.

Previously a fan of Seungri, I refused to believe he could commit such a crime. Oftentimes, Netizens, or people commonly involved in online communities, falsely accuse idols of being involved in scandals. Because Seungri had kept such a clean image, it was hard to imagine that he would be involved in the drugging and sexual exploitation of women.

When police evidence was released, I was appalled. Not only had Seungri been involved in this scandal, but well-known idols such Lee Jong-hyun of CNBlue, Choi Jong-hoon of FT Island, and Yong Jun-hyung of Highlight. Seungri ended up leaving Big Bang and retired from the music industry.

While Seungri’s case seems like a rarity, it is actually not uncommon in the Korean entertainment industry — just well-masked. Fans failed to notice that the industry is not all shiny, plastic paradise. There have been many incidents where females in the industry have been harassed, but many fail to acknowledge their existences.

In 2009, for example, actress Jang Ja-yeon committed suicide and left a note stating that she had been sexually abused by her manager and forced to have sex with corporate executives and directors. Former member of K-pop group Yoo So-young also revealed that she was sexually harassed by the CEO of her entertainment company. The greatest issue is that nothing has been done to disrupt the common trend of sexual harassment in the industry.

K-pop’s sexual representation of women may have only exacerbated the misogynistic views men have and the exploitation of women in Korean society. Men hide tiny cameras in women’s restrooms, harass women in the workplace, and continue to treat females as the inferior, submissive gender. Currently, however, the #MeToo movement has been trending in Korean society, and Korean women are revealing their experiences with sexual abuse.

Even with this movement, feminism is considered a stigma, and feminists are objectified and vilified. This is due to the inherent gender inequality in Korean society, and opponents argue that if women are treated as equals, the traditional structure of Korean society would be diminished. What they do not realize, however, if that women are often devalued to the point where their value is determined solely by their looks and femininity.

What disappoints me is that despite the fact that police evidence has been released, some Korean fans still continue to support Seungri, attempting to convince him to return to Big Bang with hashtags such as #VipSupportSeungri and #SeungriYouAreNotAlone.

These are the types of comments that I simply do not understand. How can you continue to support someone who has drugged and violated countless women? Should we not consider ourselves females before K-pop fans?

For me, when my gender is taken advantage of, when women are treated as mere sexual objects, I cannot set that aside and continue to support artists like Seungri. Seungri is guilty. He chose to drug women, to rape them and to record them. He chose to hide it from his fans, showing that he was well aware that his actions were misogynistic and heartless, and at the end of the day, looking past his celebrity status, he is a mere human like the rest of us.

It does not matter if he is a talented idol or successful businessman. Those who are guilty should be punished, and those who are victims should receive the justice they deserve.