The dark history behind Thanksgiving 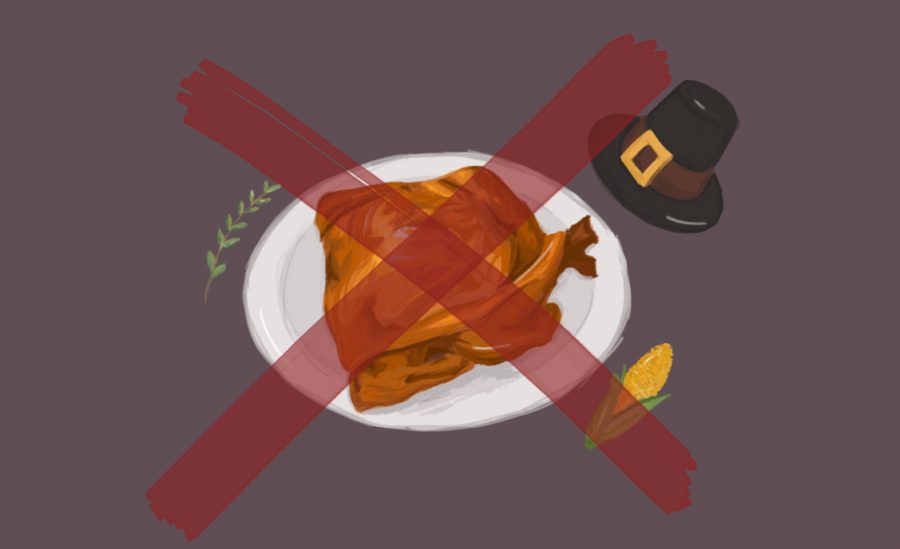 While many American schools teach that Thanksgiving is a positive, wholesome holiday, it actually has a much darker history that involves indigenous genocide by the American colonizers.

This Thanksgiving, as I was looking at my elementary school hand turkey drawings and messy coloring sheets, I realized how distorted my vision of this supposedly wholesome holiday was.

Due to the whitewashed and idealistic way we are taught American history as children, if you told the first-grade me that Thanksgiving wasn’t a celebratory day in which the pilgrims and the Indigenous people had a friendly feast, I wouldn’t believe you. You’d be telling me that all the joyous cartoons I watched and coloring sheets I filled were a lie.

However, contrary to my first-grade knowledge, the history of Thanksgiving isn’t friendship and sparkles. Instead, it originates from the mass murder of hundreds of Indigenous men and women by British colonizer John Winthrop.

However, while the origins of Thanksgiving are dark, I still appreciate the holiday’s sentiment of gratitude and acknowledge that many people celebrate it for the sake of togetherness. I don’t think we should completely get rid of the holiday, especially during this tumultuous year. With the pandemic as well as the recent social justice movements, it’s really important to reflect on our privilege and be grateful for what we have.

Nonetheless, I believe it’s wrong for American education to romanticize this day of mourning for many Indigenous people, molding it to fit the white facade of a perfect America.

While I don’t support bluntly teaching first graders about genocide, I believe blatantly lying to them distorts American history and disregards the struggles of the Indigenous community. It implies that Indigenous history isn’t important enough to even bother teaching in schools, which is harmful because it’s such an important facet to obtaining a holistic view of American history. We don’t have to include the gory details, but how is teaching the history of Thanksgiving any different than teaching the American Revolution?

The perspectives of marginalized groups of people of color in America should not be eclipsed by the desperation of the educational system to assure the glorification of America’s reputation. All throughout history we’ve seen underrepresented voices being drowned out by ignorance, and it’s time to break that cycle and expose our society to some of the forgotten stories and struggles of marginalized groups. Only then will we be able to make any change as everyone will be more educated.

But teaching the falsified history of Thanksgiving is part of a larger problem. It’s more than first graders not knowing the correct version of history; it actually perpetuates the cycle of ignorance in our nation, as we’re purposefully teaching children that certain aspects of history pertaining to different cultures and backgrounds don’t matter.

It’s 2020: Our society is constantly taking steps to actively be anti-racist, and schools are adapting their curriculum to teach more well-rounded accounts of history rather than just the victor’s side — so how come it’s okay to completely erase the sacred history of Thanksgiving, just for some dry Turkey?

I’m not saying to completely get rid of the holiday — that would just be an easy “get out of jail free” card for America to erase all the terror that the colonizers inflicted upon the Indigenous people. It also wouldn’t be feasible as it’s such a renowned American holiday with heavy sentiments tied towards it.

However, I urge schools — especially primary schools — to take into account the impact a whitewashed education has on their students. Ignorance isn’t an inherited trait — it’s learned. If schools stop the cycle of ignorance and teach students the correct version of history, they’ll be able to create more well-informed and compassionate citizens.

Rather than having first graders color Thanksgiving worksheets in oblivion, they should at least be aware of the true historical significance of the holiday. Not only will it build the foundation for them to be more educated members of society, but it’ll also add some more depth to their coloring sheets.