The Balancing Act of Art and STEM 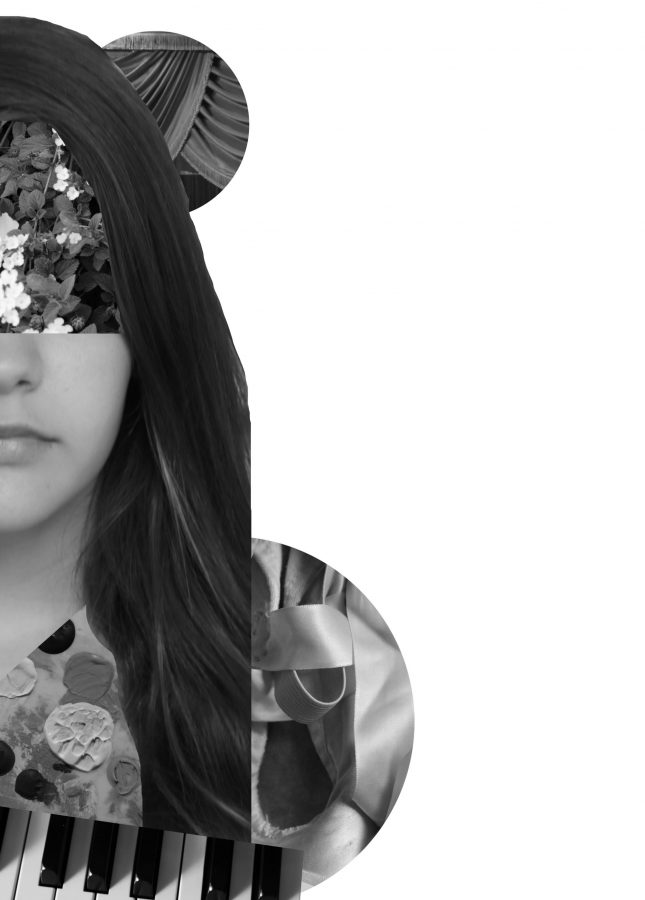 In the tight knit community of the Silicon Valley, billion dollar companies like Google and Apple reign, forging the STEM industry as we see it in our modern world, pushing us toward a revolutionary future. There are few careers outside of the STEM umbrella that schools and families around the Bay Area support with the same fervor. Those who show interest in the arts are told that they will be committing economic suicide. Maybe visit New York for its developed art community or fly down south to LA’s infamous film hub, but Los Altos is the breeding ground for technology. This ideology is reflected through the school system, which features a wide range of science and math classes at various levels of difficulty and for a variety of interests, as well as numerous STEM related extracurriculars. For artists in this community, the same scholarly attention is not allocated. How does this bias affect their livelihood, as well as that of artistic students that want to push against the STEM norm?

For artistic students in the Silicon Valley, it is rare to find an adult who actively pursues a career in the arts except through art teachers in their schools. These art teachers are responsible for promoting their field and proving the equal value of their career in a largely biased educational system. But in areas like these, it can be hard to feel their job is viewed as equally valuable as that of their techy coworkers. Furthermore communicating to students that there is a world outside this bubble can be difficult.

Acting teacher Nancy Moran, teacher Nancy Moran, a Bay Area resident for decades, has seen first hand the climb of STEM in our society and the resulting discredit of the arts. When she attended Santa Teresa High School in San Jose, she discovered a passion for theatre. But similarly to Silicon Valley students today, she felt that she could never pursue a career which traditionally does not earn as much as a career more closely related to STEM might.

“When it came time to go to college, it was like, okay, [theatre’s] fun, but I need to pick something that’s an actual field that my parents [will] be happy about,” Moran said. Like many before her, she took on a STEM major out of a feeling of necessity, studying occupational therapy at San Jose State. But in the back of her mind, her love for theatre nagged and begged for attention.

“I thought I loved the sciences,”Moran said. “But it was nothing like the draw of the collaboration of putting on a production. Bringing something to life and sharing the human experience with an audience of hundreds… [is] just what I’m drawn to.”

She transferred to San Diego State to major in theater and minor in English. Since then, Moran says she hasn’t regretted her decision to leave STEM behind once.

“I can see where it could [have been] a challenge, but I don’t regret it,” Moran said. “I would hope that none of the young adults who pursue it regret it.”

Similarly, art teacher Christine An has a strong affinity toward the arts that has driven her in a pursuit of her passions. throughout high school, there was never any other option in An’s mind but to do something related to the arts.

“I may be a different case because I always knew that I would be doing something relating to art, so it wasn’t really a huge debate with me,” An said. “I can express pretty much anything [with drawing]. It could be something I could never ever express through words to other people, but I could do it through visual form. For me that’s very satisfying.”

These two women both ended up at Los Altos for the same reason: to cultivate the passion they share with future generations of students that will one day control the importance of arts in our society. But what they have come to find is that for many teenagers, pursuing an arts career has been written off as a childhood dream.

“I think [there is] a stigma, because there’s always this sense of ‘What are you going to do here?’ especially in the Silicon Valley,” Moran said. “Ten years ago, there were a lot more [students] going straight into UCLA’s film school and NYU’s theatre production courses. Now it’s more they dabble in it in college or they may minor in it, but they’re backing themselves up with something that’s a science or a math… If we want to keep this art culture alive, [we’ve] got to find ways to incorporate STEM.”

As teachers in a new era, Moran and An recognize that STEM is an essential part of our future. They encourage students who feel that they cannot pick one or the other to cater the possibility that, perhaps, they do not need to exist independently from one another.

STEM and the arts have grown to be increasingly more intertwined, like design tying closely to marketing and business, or theatre experience leading to careers as communication officials for tech companies. The term STEAM has started circulating, adding an A for arts to the infamous acronym. And well known colleges — such as Rochester Institute of Technology and MIT — have started adapting their majors to include both branches.

“More and more schools are coming up with these programs where you do both art and business, or art and technology,” An said. “And it is getting popular, so it’s just a matter of looking for school that’s have them. I would say don’t shy away from it just because of this quote unquote social stigma that all art majors are going to be starving artists because things are changing quickly… so don’t be afraid to go into a field that you like.”

As a direct consequence of rising STEM importance in the Bay Area, the popularity of careers relating to arts have been declining. Recent studies have shown that the percentages of students earning degrees in arts fields are lower than they’ve been in previous years. But in spite of the dwindling popularity of arts, there are still select students that want to go pursue the arts.

Seniors Jenny Huang and Jackie Lopez may have grown up in the STEM oriented Silicon Valley but have chosen to diverge from the common path and pursue their preferred subsect of the art industry.

A skilled illustrator and painter in a variety of styles, Jenny is a fine artist to her core. She is currently enrolled in AP Studio Art, but art has been extremely important in her life since her youth.

“Art has been a part of me my whole life,” Jenny said. “It’s motivated me to work hard for what I love, and it’s helped me realize the importance of individuality. I draw every single day, and it’s helped me create good habits, [translating] into my day to day life.”

Despite her passion for art, she also appreciates STEM and how it can help contribute to her art. In fact, she doesn’t think someone has to choose between the arts or STEM, but can combine the two fields.

“There really isn’t one right way to create art,” Jenny said. “[It] can be applied in many different ways If we want to keep this art culture alive, [we’ve] got to find ways to incorporate STEM. — acting teacher Nancy Moran and in many different areas. Product design, for example would suit people who are both creative and analytical.”

Unphased by the unsuccessful and unwealthy stereotype around people who major in the arts, Jenny is confident that if she has a passion and love for the arts, she can find success in it.

“There’s the common misconception that creative [and] performing arts don’t lead to profitable jobs, Jenny said. “[They are] ‘starving artists’ if you will. But I think that if you love art, and have a more artistic mind, you should go for it.”

Now that it is college season for seniors, Jenny plans on applying to multiple art schools and colleges with developed art programs to launch her career. Similarly to Jenny, Jackie is not put off by the stigma surrounding artists and has been pursuing her singing career since she was a child.

As a member of Mainstreet Singers, singing has become her life; spending hours practicing at school and at her home studio. She also uses her passion for singing to forge a connection with her Latin American heritage.

“I’ve done Latino Student Union performances and have been a part of Bella Voce for a while now,” said Jackie. “It’s one of the best feelings doing something that you love while also being connected to your family and culture.”

Maintaining a strong connection with her culture isn’t the only reason why Jackie has pursued a career in music. She uses her music as an outlet to deal with past experiences. One of the biggest moments in her singing career was when she performed an original song at the talent show.

“Last year at the talent show I sang my original song ‘Over Now,’” Jackie said. “It was amazing to see everyone really into the song because of how emotional it is and how much time I put into it.”

Jackie also doesn’t see the need to separate STEM and the arts from each other and likes to take a technical approach to making music. She likes to produce her own instrumentals and edit her own songs.

“I like to combine both STEM and music so I can get a song that has both creative music but also technically sound,” Jackie said “I’ve made songs that are completely instrumental and took hours upon hours to edit. If I didn’t have a good understanding of technology and how to use it, I wouldn’t be as good of an artist.”