Art that takes us out of our comfort zone 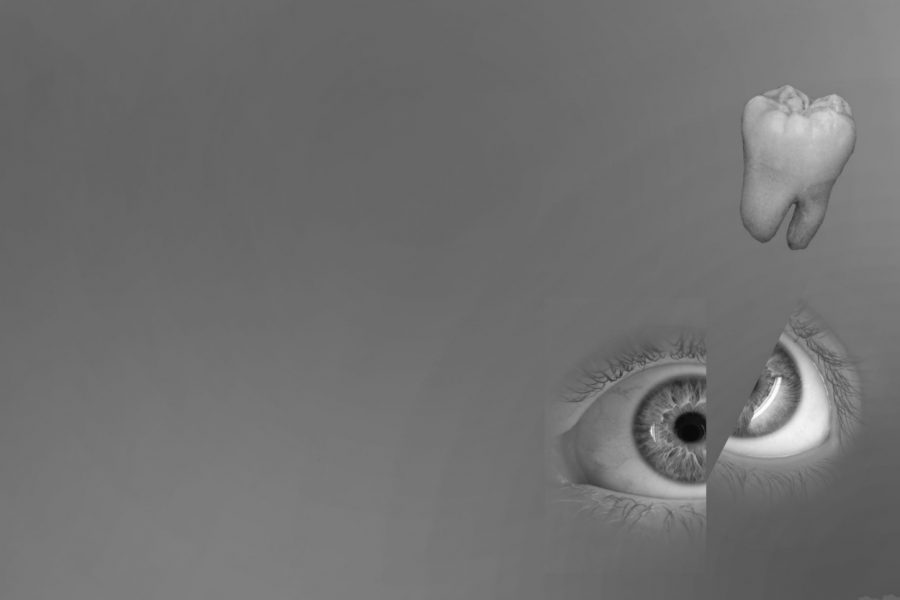 Elliott Smith’s “Between the Bars” by Hanna Khosravi

I first heard “Between the Bars” by one of my favorite musicians, Elliott Smith, my sophomore year of high school, and I was quickly startled by my introduction into a rich underworld of music I hadn’t heard much of before. I would say Elliott Smith is a poet first and a singer second, but that would mean discounting the fact that his melodies – often tinged with the screeching symphonics of a harmonica – seem to the listener like they have a touch, a feel and a smell aside from just a sound or noise.

“Between the Bars” crawled down beneath my skin and made me feel like a mass of emotion had leapt up from some indiscernible location and lodged itself in my throat. The soft, slow purr of his voice lent itself to a certain incandescence in the music and in the lyric. Like some sort of elixir, “Between the Bars” rendered me hazy – his words, potent in their rhyme and in their implication, made me feel sick to my stomach. And even a lover of music like me had never felt such a visceral, physical reaction to a song before.

I played the music for a few friends who I thought would potentially be able to understand the abstract aching I was feeling. One friend described Smith’s voice as “moist,” one said he was unsettled by the movement of the music. In all of Smith’s songs, his voice is a bare decibel higher than the tune itself. It makes for a dreamy, smoky lullabye, as his vocals and instrumentation blend into a strangely cohesive progression. Can a song be mellifluous and discordant at the same time? I guess it can. Elliott Smith’s songs are.

And as “Between the Bars” seeped into the stream of my consciousness after relentless hours of listening to it on a loop, I grew more and more at ease with the song and with Smith’s intentions as a musician. I understood what he was trying to make me feel, and was astonished that he had achieved it so precisely. I was suddenly at his mercy.

In my downtime, I often look at Smith’s lyrics, without the accompanying music, and read them as if they were published as poems. I try my best to evoke that same spiritual sentimentality that Smith is able to foster in any of his writing, whether it be in “Between the Bars” or his slew of other masterwork morsels.

Thirteen years after his harrowing suicide, Smith is an even fiercer legend than he was at the height of his musical career, for the cross-section between ghoulish and beautiful is an area not many have the talent to embrace with such aptitude. To this day, his music can make me fuzzy or woozy – his hushed intonation can make my blood curdle with confusion and emotion, and his verse can make me wonder just what Smith could have been thinking or feeling when he created his shamelessly twisted pieces of art.

Carson McCullers’s “The Heart is a Lonely Hunter” certainly isn’t the happiest of books.

The story centers around multiple characters in a small town in the 1930s, each with their own set of out-of-reach goals. Mick, a teen girl living in a tenant house, longs to play music despite her family’s difficult financial situation. Dr. Copeland, an African-American doctor who defied society, wishes for his race to join together and fight against the oppression they face. As the book progresses, a sense of rising tension is cultivated as these characters edge closer and closer to their goals.

Ultimately, as the story arc seems to be reaching its peak and the climax event seems imminent, the arc cuts off. The book climbs the hill, chronicling the lives of these various characters as they climb their respective hills, and plateaus. It feels like the life of the characters continues beyond the final words, as if McCullers decided to simply conclude her narration of their lives up to that point as they proceed on.

However, the lack of an ending is intentional. The book seems to question the typical story arc, with its classic rising tension, climax, and resolution. Of course, in real life, this story arc does not exist; it’s meant to illustrate fiction, however realistic it may be. The Heart is a Lonely Hunter is fictional, but the most realistic it can get. Life is a constant climb to reach your ultimate goals, and reaching one doesn’t mean everything is over. Humanity is never comfortable; it is a vexing climb to reach one rung after the other.

McCullers struggled through a tense, anxious life, undergoing her own sideways pursuit of music, dealing with depression, and facing a tumultuous marriage that ended in her husband’s suicide. There’s no doubt that McCullers had little optimism concerning the purpose of life, and it reflects in her writing. The practically-linear story arc, the abrupt ending  McCullers mimicked real life in her book, portraying it as a never-ending grind until we all reach our abrupt finish. It’s a troubled message embodied by an uneasy book, but the restlessness lends itself to a direct insight into McCullers’ mind and life itself.

I am searching for inspiration through music because I am in need of something to hold on to while I write lyrics and pluck at a guitar. My search has lead me to Joy Division’s Closer, known amongst many as a work of despondent genius.

I don a pair of headphones and make my way through a few tracks. The stark blackness of the music is overwhelming. Random noise: heavy machinery and searing winds. The razor-sharp guitars and tight drums cut noisily through the ambience. Ian Curtis, the band’s vocalist, who died before the album’s release, delivers sermons of abject despair and loneliness. When he groans, “I’m ashamed of the person I am,” there’s a sense of uninhibited truth. What I hear, what is communicated through these lines, isn’t for show. The last song comes to an end, and I’m deeply unsettled.

But as I look back on what I have just experienced, I am compelled to dismiss the album, mark it off as a curiosity, but nothing more. From the outside, I can appreciate its construction, its ability to capture such a rare and ugly sense. But I can’t go any further. The music is not able to bond with my own thoughts as other works have. To be able to create art of this nature would require an enormous betrayal of one’s inner solace, and I am not able to allow myself to reach that point in my own music. Curtis was able to make an album like Closer because he was able to reach into the most atrophied parts of his soul and hold it out for the world to see. I can’t do that. Or, more accurately, I won’t. When I play music, I can’t ever imagine myself stooping this low, allowing so many dark thoughts to float to the surface and reside there.

I listen to Closer several more times. Somehow, there is something that keeps drawing me back in, even as I hold on to my doubts. The lyrics, once alien to me, have adopted a human quality. Instead of feeling appalled, I’m saddened. Why have things changed? There must be some moment of realization, some answer to the question of why I have allowed myself to become more intimately attached to the once-discredited work. It arrives without much thought, because it’s been there the whole time. No matter the circumstances, these emotions which I have so vainly been trying to cast away are unavoidable. They are a truth in life; they should not be left untouched. We must reach out to them, touch them with our thoughts, sing about them in our words and in our songs and in our art. And Closer, with its upsetting, beautiful refrains, opened my eyes. I am inspired, no longer afraid to pull back the curtain.