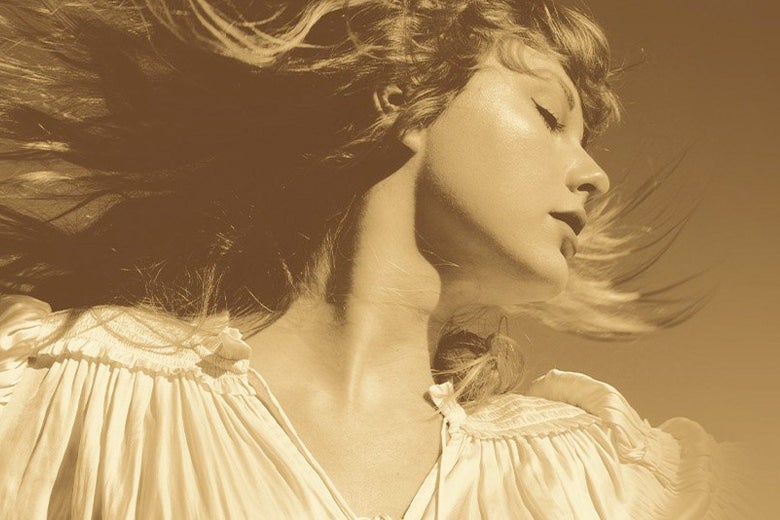 After 13 years since its original release, “Fearless (Taylor’s Version)” is a landmark rerecording for Swift both musically and symbolically after her master recordings were sold without her consent.

To the untrained ear, Taylor Swift’s 2021 rerecorded version of her 2008 album “Fearless” sounds exactly the same as the original (which, to her credit, is the whole point of rerecording).

But for many long term Swifties like me, with 13 years of “Fearless” under our belts, the subtle differences in Swift’s delivery and the production of the album showcase her vocal growth and improved mixing and mastering. It’s also a reminder of all that has happened in Swift’s career, and for many fans, a reminder of how their lives have changed since 2008.

Swift is rerecording her albums after a public feud wherein her master recordings were sold to record executive and investor Scooter Braun before Swift was given a chance to purchase them. If “Fearless (Taylor’s Version)” is any indication, Swift will also be releasing several songs “from the vault” with each album — songs that Swift wrote for each album but were ultimately cut.

Swift’s voice and delivery clearly show that she’s become far removed from the country genre wherein she launched her career 15 years ago. Words like “I” were pronounced closer to “ah” on the original “Fearless,” and now shift toward sounding like “eye,” as commonly pronounced in pure pop, a trait particularly noticeable on “Fifteen” or specifically in the phrase “aren’t you” on the track “Hey Stephen.”

In addition to the shift away from country twang, Swift’s voice itself has changed, which is to be expected after 13 years. On the original “Fearless,” her voice was blindingly bright and sounded very much like the 19-year-old that she was. “Fearless (Taylor’s Version)” features a smoother, mature version of Swift’s voice. At points on the original album where she sounded slightly strained, she now sounds effortless. Her lower range has developed and improved, allowing her to fully revel in the richness of low notes sprinkled throughout the album. Hearing the songs sung by a more mature Taylor strikes a chord with many listeners, giving them a full-circle moment since the album’s original release.

Aside from the transformations in Swift herself, the album has some slight but important changes in production and mixing. Though the instrumentation is nearly the same — she even brought back many of the original musicians from her 2008 version — the overall sound is slightly yet noticeably different.

As for production, Swift’s longtime collaborator and producer Jack Antonoff’s influence shines through on the 2021 version of “Fearless.” His style, which Swift first utilized on her 2014 album “1989,” is especially strong on “You Belong With Me,” which has more dramatically pitched synthesized drums and an emphasis on vocal harmonies. The background instrumental track on the titular “Fearless” is sparser on the 2021 version, making the song sound slower. Though these changes are intentionally subtle, they add an overall cleaner and fresh sound to these beloved songs.

Despite all of these differences, it’s remarkable how similar she still sounds. All of these differences are minute, and not easily noticed by those who haven’t listened to “Fearless” about four million times in the past 13 years. Even though this album has essentially been out in the world since 2008, “Fearless (Taylor’s Version)” has had the biggest opening day for an album on Spotify in 2021 so far, with over 50 million streams on the first day alone, topping multiple music charts worldwide and breaking records.

After the success of “Fearless (Taylor’s Version),” fans have already started coming up with theories as to which album Swift will be rerecording next. Current fan favorites for possible rerecordings are “1989” on account of Swift’s wearing blue nail polish and adopting a blue aesthetic matching the original album cover, and “Speak Now” thanks to her Instagram story with a purple color scheme similar to that of “Speak Now.”

Despite fans’ best efforts, there’s no knowing what Swift will release next, but, like “Fearless (Taylor’s Version),” her next rerecorded album is sure to become an instant staple in the popular music canon.