Talon Tunes: Changeling takes you along for her journey of self discovery in her debut EP ‘Go Grow’ 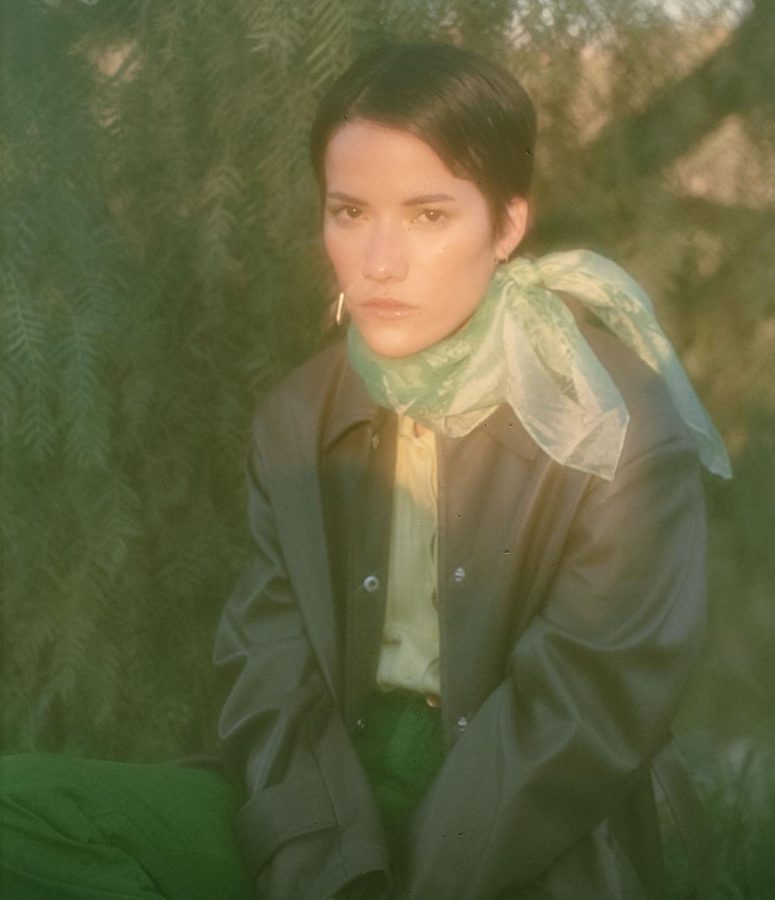 With a production style reminiscent of Bon Iver paired with lyrics as introspective as they are sweet, Changeling adds a new dimension to the LGBTQ+ music scene.

This week’s up-and-coming artist is Changeling. Born Hayley Brownell in Fresno, Calif., Changeling currently resides and works in Los Angeles. After getting her start in the music industry as a drummer for several artists, including being a touring musician with Conan Gray, Changeling released her debut EP “Go Grow” on May 20 this spring. “Go Grow” is compact, at just 14 minutes with four songs. The lead single, “Holy Water,” narrates Changeling’s experience discovering her sexuality as a gay woman, with lyrics like “For what it’s worth, I’m new to this. For what it’s worth, I’ve never kissed so sweetly and I have to be honest now, I’ve never felt so free being down.” As the final song on the EP, it ends her album on a tender note of introspection and discovery.

“Go Grow” is very much an EP of self-realization, a very personal yet relatable exploration of identity as an individual and also in relation to others. The first two tracks, “The Feeling” and “The Fight,” seem to be sister songs, two sides of the same experience. Sonically, they are similar, with a low, steadily pulsing hum supporting heavily processed vocals that manage to sound glitchy while retaining a human warmth. “The Fight” picks up in tempo, adding a steady boxy-sounding beat to the mix and growing off the base provided by “The Feeling.”

The title track “Go Grow” continues to feed off the energy generated from the first two songs, starting with a simulated heartbeat sound and always maintaining a chilled yet insistent beat that pushes the listener forward until the evenly metered bridge. The lyrics follow the flow of the music, with Changeling asking “Was it all worth it? Tell me it’s worth it” in the more hurried, insistent section of the song, before resolutely stating “I am trying to be better, I need time to make it better” during the bridge.

Despite her roots as a drummer, her vocals are incredibly smooth and often layered in tall harmonies. The effect, she explains, is not made after recording with a vocoder or other equipment, but recorded in real time, allowing her to control the harmonies as she sings. As would be expected from a drummer, “Go Grow” demonstrates a masterful utilization of rhythm to influence the mood of each track, and the EP as a whole is laced with delightful rhythmic moments that are the perfect finishing touch.

Changeling’s production style is similar to that of Justin Vernon, of Bon Iver and of The Japanese House — a comparison that Changeling speaks fondly of and reinforced by her latest cover of The Japanese House’s “Sharing Beds” on her Instagram @iamchangeling. Like her influences, Changeling’s songs are filled with wonderful details, sonic notes that glimmer once or twice on a track, providing an intricately layered soundscape that is continuously intriguing to listen to.

Outside of her career as a drummer and her solo career in voice and production, Changeling is also one-third of the musical trio FYOHNA. Self-described as a “trio from the wild edges of California,” FYOHNA’s softer sound is distinct from Changeling’s solo work, but her influence can be found in the production of their tracks.

Although she does not have specific details about any upcoming projects, Changeling has been spending the months since “Go Grow”’s release to hone her production skills, as she hopes to make her next project entirely self-produced. Her music can be found on Spotify, and on her Instagram.

This is a part of a weekly series showcasing smaller artists. You can view future posts by clicking on the tag “Talon Tunes” below.