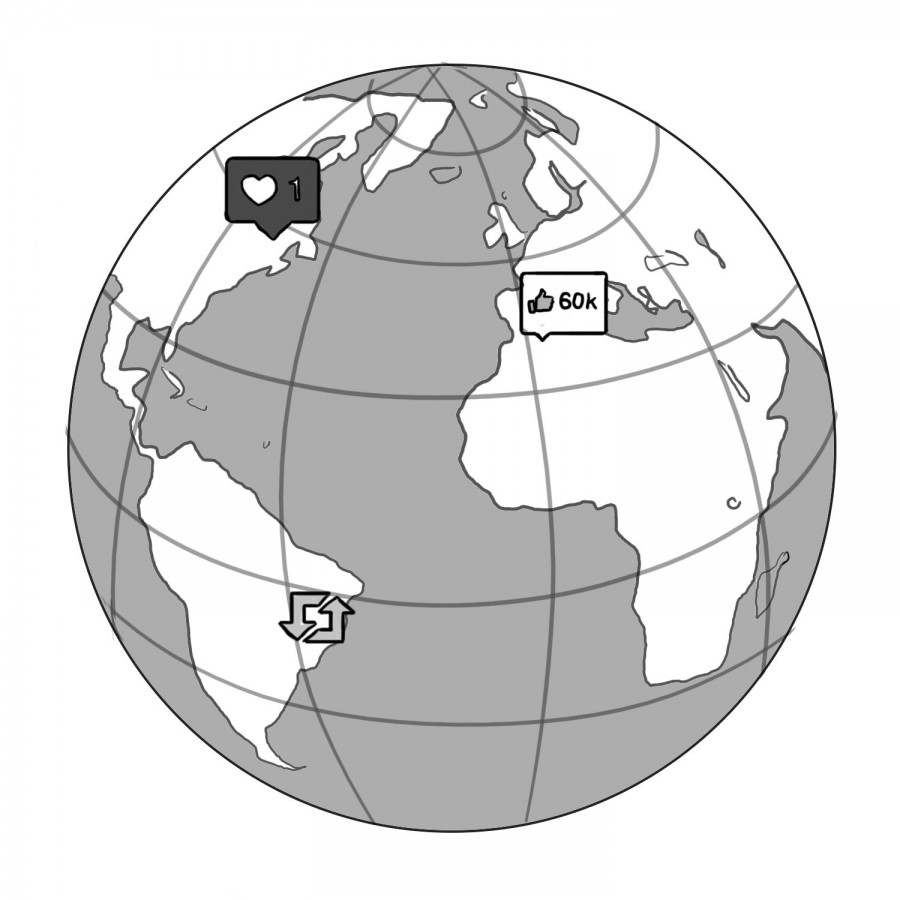 While the world is witnessing human displacement on a vast scale due to various political and sectarian conflicts around the world, there are important questions that are being raised about how to address this growing problem. On campus, exposure to current worldwide issues helps students facilitate discussion of the topics and paves the way for development of creative ideas that could contribute solutions to the crisis within reach of students’ abilities. This is crucial to students’ development of a broader understanding of the world and the current political and social landscape. One of the most important steps in solving a large problem is spreading the word to a wider audience of people. In order to accomplish this, students should take take action through social media, clubs and organizations to help spread the word among their peers.

Through social media and school clubs such as Amnesty International, students are exposed to urgent contemporary issues. The European migrant crisis. is one such issue. This immigration crisis first began around 2005, but has recently escalated with thousands of refugees fleeing civil war or political unrest in their countries of origin. Most of the refugees are from Syria, a country which has been experiencing a disastrous four-year civil war that has killed hundreds of thousands and displaced millions of others.

Refugees are also coming from Iraq, Libya, Mali and other countries with internal conflict, and they are making the dangerous escape across the Mediterranean Sea in droves with no guarantee of survival. Often times the refugees are running from terrorist organizations like ISIS, as is the most prominent case in Syria and Iraq. Refugees flee their homews with only the clothes on their back, recognizing that there is no hope for a bright future for their children.

Students are being exposed to the crisis in a multitude of ways, but one of the most effective methods so far has been through social media. Brandon Stanton, the founder of the self-proclaimed “exhaustive catalogue of New York’s inhabitants,” “Humans of New York,” has helped raise awareness about the crisis in Europe through his photography. Stanton recently traveled to Europe to photograph refugees and share their stories of struggle and perseverance, and in doing so has helped get the youth community more involved and aware of this crisis. This is one of the most effective ways that students are being exposed to the crisis. While many students may not avidly follow professional news organizations or make it a priority to stay up to date on current world affairs, one thing that this generation most definitely acknowledges is social media. Using social media as a platform to extend awareness regarding crucial political topics has evolved to be increasingly important to keep the youth informed regarding what is happening in the world around them.

“Together, these migrants are part of one of the largest population movements in modern history,” Stanton wrote. “But their stories are composed of unique and singular tragedies.”

Stanton has a website for his organization, but the arguably more effective platforms of his work are Facebook and Instagram. Most students have social media accounts and are exposed to Stanton’s photography on a daily basis, and therefore are gaining a broader understanding of this tragic topic.

Students should follow people or organizations similar to Stanton and “Humans of New York” via social media platforms to learn about political crises and to learn the personal stories of the refugees.

Another important and effective method of ensuring youth awareness regarding this crisis is through school organizations and involvement. One organization at the school that is currently contributing to the issue at hand is Amnesty International, a club in support of the non-governmental organization by the same name that focuses on human rights. Twice a year, the club puts on an event called Jamnesty, an open mic night at Red Rock Cafe where attendants can donate toward the immigration crisis. Amnesty International will also be working to do a teach-in for the whole school on December 10, International Human Rights Day, and they are trying to invite speakers on the current refugee crisis to speak in the Eagle Theater. Amnesty International president senior Andreas Godderis emphasizes the importance of awareness among the youth.

“The goal of our club is to raise awareness, and we can do that through publicity where we put up posters around the school,” Andreas said. “There are also a lot of organizations that are really trustworthy when you donate money to them, like the Red Cross. Doctors Without Borders is doing a lot of good work in Europe right now, and just a simple donation to those organizations can make a huge difference.”

Regardless of whether students are able to donate to organizations supporting the refugees in Europe, the most important thing is that they are aware of the issue at hand, have the option to take action and gain a sufficient understanding of the political and social landscape in the world around them.

“I think the perspective of Amnesty International and other social justice or human rights oriented clubs… is that to be human is to care about your fellow human beings, close and far,” Amnesty International club advisor Seth Donnelly said. “I think that our larger society and its mainstream media do us a disservice when it assumes that we only care about buying things and the latest corporate trends, when in fact in our cores we care about each other. To be human is to care about each other, and there are things we can do practically to help each other.”