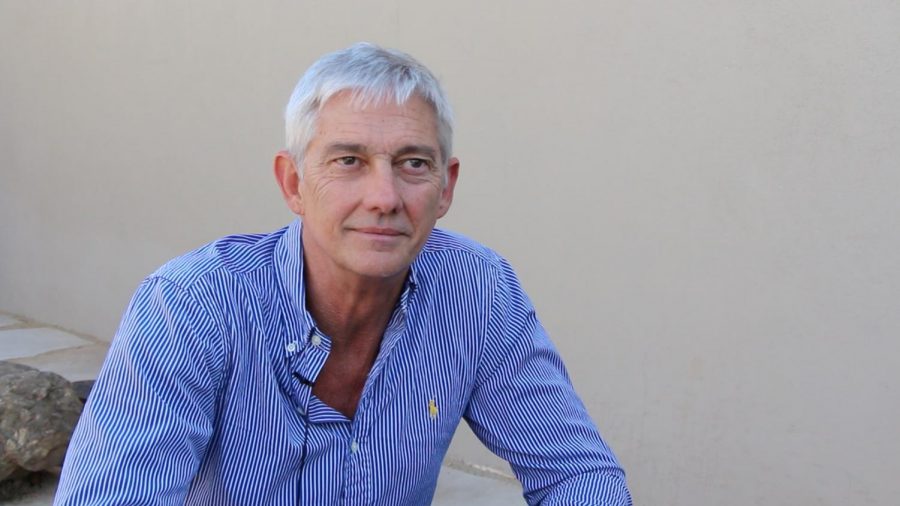 Growing up near the Atlantic coast in Maryland, Stephen Palumbi always wanted to work close to the ocean. As a child, Palumbi went to the beach every week with his family where he discovered his dream to study the fascinating creatures in the sea. Now, as a Stanford marine biology professor, he hopes to channel this passion through his work teaching a new generation.

After graduating from John Hopkins University, Palumbi later went on to earning his Ph.D. from the University of Washington in marine ecology. Since then, he has had the opportunity to study different marine organisms around the world, and share his dedication with his students all around the nation.

“Biology is a broader umbrella,” Palumbi said. “For ecology, I was drawn in very early because I was surely interested in the way ocean critters interacted and what their ecosystems were like. I was more interested in being out there in the field and studying them than anything.”

From working Stanford University to traveling to Japan, Palumbi’s fieldwork takes him all around the globe. According to Palumbi, one major perk of working in such a global enterprise like the ocean is the experience he gets while traveling around the world, doing what he loves.

“The coolest project was going to the Japanese fish market and buying whale meat,” Palumbi said. “We put it in a suitcase in Tokyo, setting it up in a hotel room and then finding the molecular genetics of the whale meat to find out what species were there. It was a hoot, and it told us an awful lot that was very powerful in getting whales extra protection.”

As a full-time professor at one of the top schools in the U.S., Palumbi hopes to share his devotion to the ecosystem with his students to carry on the importance of keeping the ocean healthy. His goal is to keep his students aware of the rising dangers and spread the message about how important it is to keep the water and the species living in it safe.

“I hope that my lectures have influenced [my students] to want to know enough about the ocean,” Palumbi said. “To go ahead, research, learn even more, and to appreciate the diversity that is there and want to save the ocean.”

In 2002, Palumbi wrote his first book, “The Evolution Explosion: How Humans Cause Rapid Evolutionary Change,” to serve as an informative but humorous way to spread awareness on what? to all audiences. Much like his first book, Palumbi has published three other books about Monterey Bay and the creatures living out in the ocean, in attempt to educate a broader audience by making the subject entertaining for his readers.

“What drives me to write books, especially for non-scientists, is that scientists know an awful lot of stuff and it’s piled up into their brains,” Palumbi said. “It comes out in scientific papers, but not really many people read those. Yet there is an incredible trove of knowledge, experiences, observations, and thoughts. It’s backed up there, and they don’t have any other outlets, so I wrote the books in a way to be accessible, informative, and even entertaining to a broad number of people.”

Palumbi hoped that his STEM talk during sixth period today sparked conversations among students about taking actions to save the environment. He introduced a topic that he has been researching for decades: can coral reefs fight climate change?

“You guys are going to be in charge of the world,” Palumbi said. “So what I’m trying to do is to give you all as much power, ammunition, encouragement, fuel, and tools to be able to approach the next 50 to 100 years. You can’t breathe without the environment. Somehow we get the idea that all we have to do is turn a switch and the environment is okay, but it’s not.”