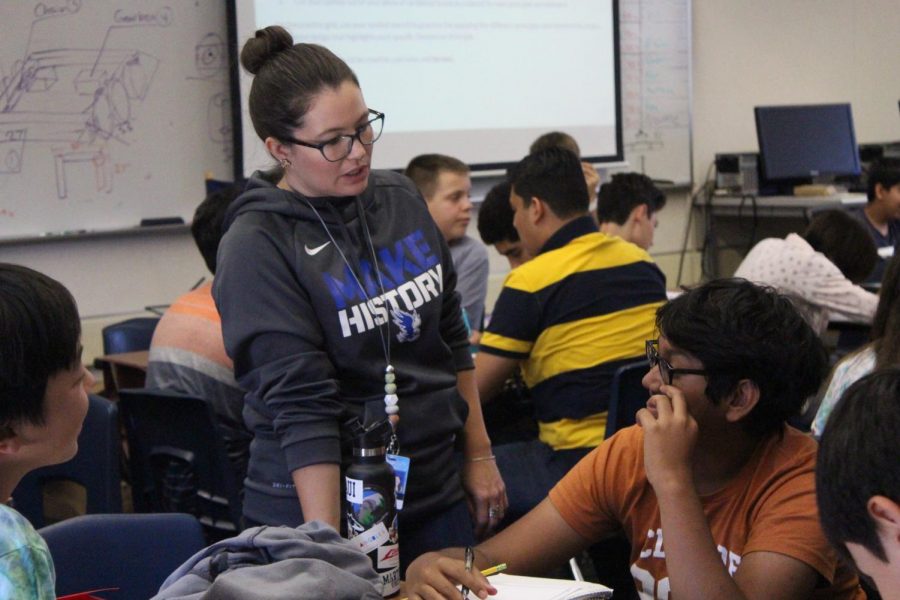 STEAM Foundations is a class started two years ago headed by robotics and physics teacher Stephen Hine and history teacher Sarah Alvarado. This year, the class aims to take a new approach in their curriculum by mirroring lessons to the steps of students’ real-world projects, with hopes of giving students a more tangible understanding of their in-class learning.

STEAM Foundations teaches students the design-thinking process with a methodical, real-world approach. Students use the process to develop solutions to on-campus issues in their cumulative project. For example, last year, students put reflective tape on garbage cans around campus to prevent crows from pulling the garbage out.

The design-thinking process is broken down into four steps: frame, imagine, make and marketing. The process is cyclical, meaning that steps are often repeated as the project is developed. Last year, the students rotated through groups that each focused on one of these steps. However, Hine said that depending on which stage a student started with, it affected how they perceived the process as a whole, and it wasn’t until students started the cumulative project during fourth quarter that students began to piece together the process as a whole. This year, Hine and Alvarado are presenting the design-thinking process through a more linear curriculum. They agree that students benefit when they learn the steps in order and apply them directly to their projects.

“We found that some of the skills that they learned earlier in the year were a little bit rusty by the time they got to applying them in their own project group,” Alvarado said. “Now we have this pattern within it, where they learn the skill, they practice it once and then apply it to their project. So they’re working on the project throughout the entire school year, not just the end. That’s made a huge impact on how students are understanding the process and then applying it almost immediately.”

STEAM Foundations also aims to give a more general understanding of the design-thinking process to students who are already specialized in a certain field of STEAM.

Hine emphasized that even if students go into the class knowing what they want to do—for example, computer science—it is still valuable to understand how other pieces of the project fit together.

“If you are a computer modeler and you are given this task of designing a robotic arm, and you send it to the programmer without even knowing what the capabilities of a programming language are, they might send it back to you and be like, ‘I can’t program that… there’s no way based on what we have available,’” Hine said. “So although you’re like, ‘Yeah, I know computer science and I want to do computer science,’ you should still understand how 3D printers work, how modeling works; you should still understand what goes into the process of design. Then, you just make a better team member in general.”