State of the Union a Good Start, but Promises Must Be Kept

Speaking to a notably mismatched Congressional seating chart, President Barack Obama spent his Tuesday night delivering the historic State of the Union Address. It was doubtful and frustrating at times, but beyond the politics Obama’s speech resonated with hope for newfound cooperation. [Read the full text here and watch the video with infographics here]

Obama began by urging America to succeed by embracing what has made this country great in the past: innovation. He reminded a country on the verge of revival that “the future is ours to win,” and that this is America’s second “Sputnik moment.” Like the space race, Obama said, America needs to show the world another scientific tour de force. Urging greater investment in biomedical research, information technology and clean energy technology, Obama acknowledged the world has changed fundamentally with technological competitors rising in the East, and the goals he proposed to respond to that changing world were refreshingly concrete.

Among them were a fleet of electric vehicles 1 million strong by 2015; 80 percent of the country’s energy coming from sustainable sources by 2035; and shifting some $4 billion from oil subsidies to funding clean energy and clean energy research.

But his proposition stopped just short of providing a plan for reaching his fossil-free future. With the timescale of most of his goals comfortably set after his term’s end, environmental veterans recognize them as rhetoric full of hot air and greenhouse gases.

Similarly, Obama’s answer to the country’s financial problems seem to be plotted toward the same mires of inaction, though he addressed the economy and the deficit with the tenacity that made him so popular. His small suggestions from investing in infrastructure, bipartisan cutting of wasteful projects, protecting US trade and addressing lobbyists’ legal loopholes all build up to his two biggest propositions. The first is an annual domestic spending freeze for the next five years (simply that it won’t grow any larger); the second is a promise to veto any bill with earmarks.

We want to believe Obama, and we appreciate the political risk he’s taking, given the prevalence of pork-barrel spending on both sides of the aisle. But after the initial thrill of fighting corruption wears off, the political and economic reality sets in. Since Congress gives around $700 billion dollars a year annually in earmarked bills, this promise may prove almost impossible to deliver.

If anything, tonight’s solace resides in the little things: from education reform to stern resolution on undocumented immigration to “Don’t Ask Don’t Tell.”

Obama specifically asked his adoring young fans to become teachers. Though students and children have always been a political perennial favorite to advocate, tonight’s rhetoric moved beyond soundbite and began to address our concerns. From addressing the woefully inadequate “No Child Left Behind” Act to articulating support for community colleges across the country, Obama’s solidarity behind education reform stands, in the midst of so much uncertainty, challenges and tension, as a moment of optimism for high school students across the country.

Homosexuality and the army received standing ovations (though it was Obama himself who signed the repeal of ‘Don’t Ask, Don’t Tell’). After a term of avoiding the issue of gay rights and unfulfilled compromise, it’s comforting if not slightly overdue to hear the President reaffirm that “no American will be forbidden from serving the country they love because of who they love.”

Similarly empowering is Obama’s resolution on supporting immigrant rights. Though in allusion, Obama referenced the DREAM Act and voiced his opinion that the legislation to support underage undocumented immigrants should be passed (the bill was shot down nearly a month ago). 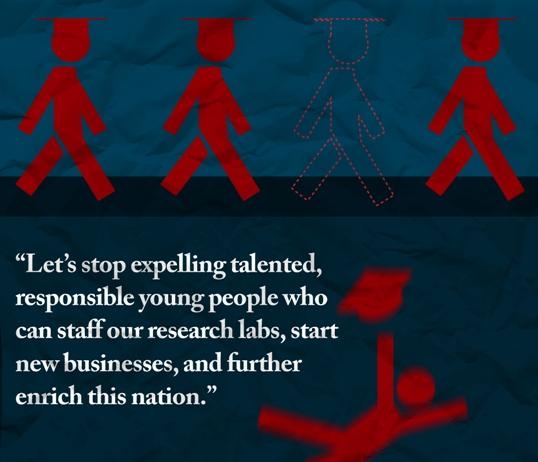 Finally, in speaking about the wars abroad, Obama restated the necessity to meet our enemies where they present themselves. Though the rhetoric was the same as two, four or eight years ago, and this time we have our doubts. But it was nonetheless reassuring to hear Obama articulate his campaign promises to withdraw–this time not only to improve US global leadership, but to answer the growing deficit. Secretary of Defense Robert Gates said he will cut tens of billions of dollars from the Iraq War, even as nearly 100,000 American troops have left the country “with heads held high.”

Obama’s promises should be taken with a grain of salt. After all, at times the State of the Union resembles a “political pep rally” in the words of Supreme Court Chief Justice John Robert. And while it would be nothing short of wonderful to read headlines later this week that bipartisan cooperation has spouted from Obama’s oral well-wishing, politics still has remained much the same as always since Obama’s 2008 promises.

But, removed from politics and bickering, removed from bureaucracy and wedge issues, the night was uncharacteristically calm, testament to the uncomfortable truths and changes our country faced in weeks recent. In the aftermath of the Tuscon shootings, Democrats and Republicans alike crossed the aisle to sit side by side.The applause wasn’t as boisterous, but the a sense of calm and cooperation–reflected in Obama’s appeals to bipartisanship and the black and white ribbons pinned on every lapel in memory of the violence at Tuscon–provided a different sort of energy.

It was a flash of civility and respect, one that we hope remains when work begins tomorrow. (Even if less than 20 minutes after Obama’s speech ended, Wisconsin representative Paul Ryan delivered the Republican rebuttal).

Tonight’s oration is a moment of solace, a temporary moment to catch one’s breath before diving back into the next inevitable fray. But it’s what we do. One of Obama’s closing remarks mirrors perfectly what anyone—even the most ardent cynic of Washington—should feel tonight:

“And yet, as contentious and frustrating and messy as our democracy can sometimes be, I know there isn’t a person here who would trade places with any other nation on Earth,” Obama said.