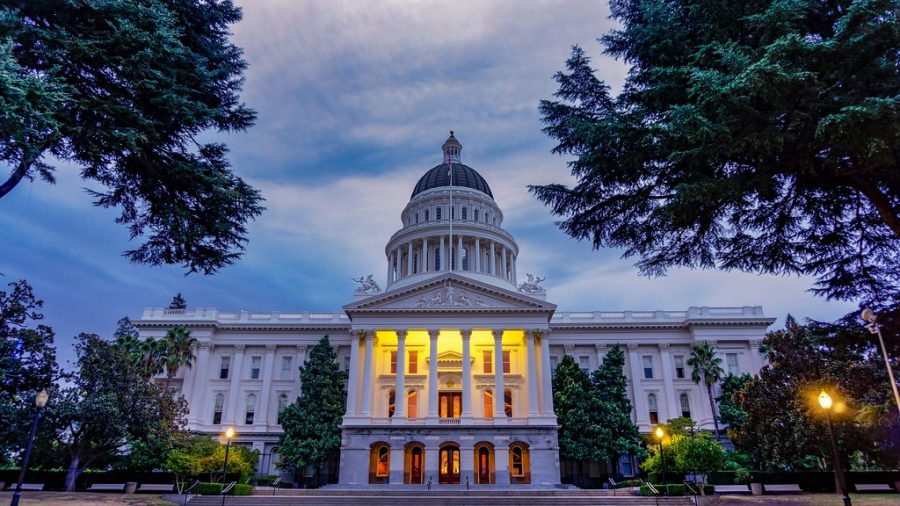 The ACA-5 bill, which would legalize affirmative action, will now be on ballots in November.

The California state legislature voted in favor of the controversial affirmative action bill ACA-5 today at 1:25 p.m. The bill, which passed 30–10 on the Senate floor, will now be on ballots in November.

If ACA-5 passes in November by majority vote, California public universities will effectively be able to reinstate affirmative action policies. This move comes after the University of California Board of Regents voted unanimously Monday, June 15, to endorse ACA-5, a constitutional amendment meant to repeal voter-approved Proposition 209 which prohibits affirmative action statewide in public schools and government agencies.

“Today the CA State Senate passed ACA-5 to reverse 25 years of institutional and educational barriers resulting from the passage of Proposition 209,” State Senator Holly Mitchell tweeted following the decision. “We must be affirmative in our actions we take to bend the arc toward justice. It’s time for a new generation of California’s voters to stand up and advance equity.”

Affirmative action refers to a set of policies that supporters say foster equal opportunities for historically underprivileged groups in college admissions. Factors such as religion, sex, ethnicity, color and race are all taken into consideration.

However, there was controversy even before the bill hit the Senate floor this morning.

“As Asians, we diligently work hard in our academics,” the user @asianstudentsatrisk wrote in a post on Instagram. “We can’t accept this. This bill is discriminating against, or granting preferential treatment to individuals or groups based on race, gender, color, ethnicity or national origin. Therefore, it violates the US Constitution.”

The post was quickly followed by backlash over what some have called “misinformation” and “appropriation.”

“To pull the attention away from racial inequality toward African Americans to focus on Asians is just separating the minorities who should be supporting each other,” Black Student Union President rising senior Sierra Desrosiers said. “We shouldn’t be going against each other, we should be working together when change is needed.”

The alleged quota, which claims a dramatic drop in admissions, was later revealed to be based on the estimated population of Asians living in California. However, many have drawn attention to its inaccuracy.

“Repealing Prop. 209 will not create quotas or caps,” President of the UC Student Association Varsha Sarveshwar said. “These are illegal under a Supreme Court decision and would remain so.”

In the United States Supreme Court case Regents of University of California v. Bakke, racial quotas were ruled unconstitutional. However, the court ruled in favor of holistic consideration of race, meaning that race could be used as a “plus” in admissions.

The account has since clarified its error regarding the 12-percent quota but maintains that affirmative action “is still a form of racism against Asian students.”

In response to “factually inaccurate” allegations regarding college admissions, incoming University of Southern California freshman Annie Xie refuted the account’s claims in an Instagram post that also went viral. She responds to the assumption that Asians will “give up their spots” to “under qualified non-Asians.”

“This assumes that Asians already have a spot in college before even applying,” Annie wrote. “No one is guaranteed a place in college unless they have been scouted as an athlete.”

While Annie is not necessarily in support of the ACA-5 Bill, she believes the post is “plagued with an entitled, model minority mentality” that assumes the “academic superiority of all Asians.”

“I think this sort of misinformation is deliberately done for fear-mongering purposes,” Annie continued. “By excluding background info, butchering statistics and using incendiary rhetoric, the post is designed to induce the outrage of Asian Americans.”

“If you’re a California resident who supports equity but is unsatisfied with the bill, consider calling your senators and ask them to propose edits,” the rebuttal post reads. “Don’t just sign a petition to vote no — ACA-5 isn’t perfect, but it’s a well-meaning bill!”

“I believe colleges should look at socioeconomic status to understand how both access to economic resources and social factors affect a student’s life rather than putting blanket restrictions on admissions by race,” rising junior Aman Shah said. “I agree that more diversity needs to be cultivated, but this should be done through reform of grade school education to mitigate racial differences.”

@asianstudentsatrisk initially encouraged Asian American students to rally under the hashtag #asianstudentsmatter, which drew criticism for appropriating from the Black Lives Matter movement.

The backlash prompted the account to use the new hashtag #asianstudentsatrisk.

Since 1996, the UC system has operated without regard to applicants’ race, sex or ethnicity as factors. The diversity at top UC campuses, misrepresentative of California’s general population, has since been attributed to the controversial decision.

About 30.5 percent of Asian applicants were admitted into UC schools over 2019, compared to 4 percent of Black applicants.