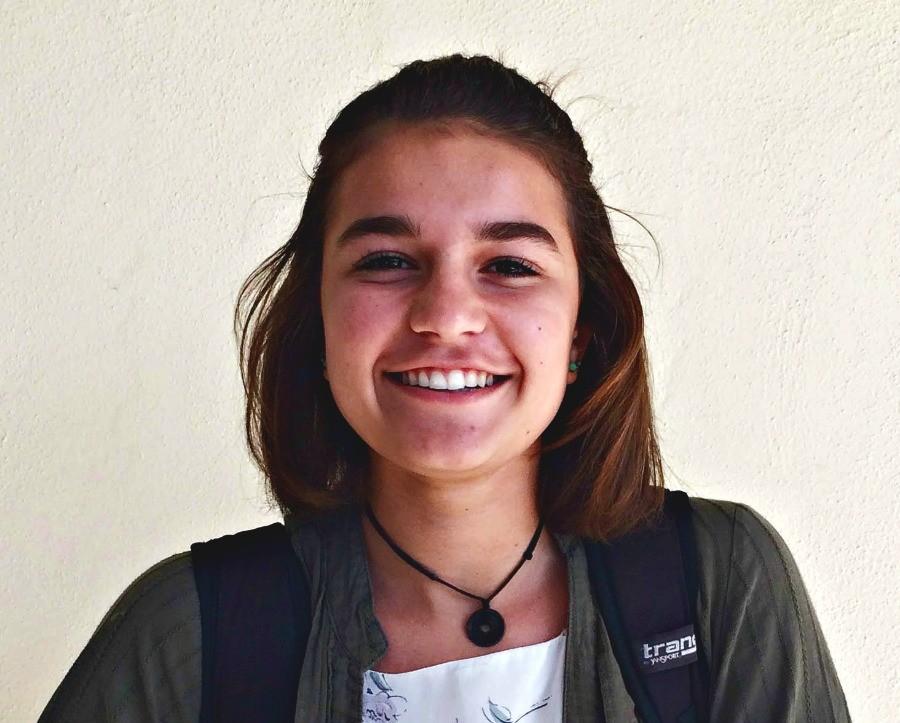 This September, James Franco returned to his old stomping ground, Palo Alto High School, to teach a film class to 40 lucky students, one of which is Los Altos High School sophomore Teagan Cimring. Although she prefers photography over filmography, Teagan hopes that over the course of the nine months she’ll improve her photo skills with the expertise of the famous Hollywood actor.

Many of us know James Franco as the eccentric, goofy socialite from movies such as “The Interview,”  “Spider-Man” and “127 Hours.” He’s hosted Saturday Night Live numerous times and is a writer, director and producer. Now, Franco has added the job of high school film teacher to his resume.

Franco grew up in the Bay Area and graduated from Palo Alto High School in 1996. Franco often comes back to visit for a variety of reasons; in 2010, he wrote a series of short stories depicting his experiences throughout his high school career.

The new film class taught by Franco meets once a month on a Sunday to discuss films and create their own movies. The class consists of around forty students who, over the course of nine months, will create a film based on the book “Metamorphosis,” a novel written by Franco’s mother, Betsy, about a young artist obsessed with myths.

“I heard about [the class] from a friend, and I also follow James Franco on Instagram so he posted it there,” Teagan said. “I’ve never been super into film but I really like photography so I thought that going into film would be an interesting way to think about angles and help me with my photography and get a broader view of the art. Then I just applied last-minute and didn’t think I would get in, but it worked out.”

As well as helping her learn more about media, Teagan said she was also interested in the class simply because it was being taught by James Franco, one of her favorite actors.

The class first met on Sunday, September 20, which consisted mostly of introductions during which the students met their classmates and their new teacher. Toward the end of the class, Franco split his students up in groups to have them rewrite scenes from the script of the movie version of his mother’s book.

While the class has only met once so far, the new teacher has already loaded his students with their fair share of homework. Teagan and her classmates have had to modify the existing script for their movie scenes, read Betsy’s book along with a few others and watch multiple movies, all within the few weeks between meetings.

Like all classes, the bond between teacher and student is vital to student success. However, unlike with normal teachers, students have already grasped Franco’s personality from his movies, but over the course of the next nine months students will get a personal look at what the star actor is like in real life.

“It’s funny to see [James Franco] laugh because he looks exactly like how he does in his movies, which is interesting,” Teagan said. “But other than that, I feel his personality is similar to how it was in ‘The Interview.’ He’s really funny and out there. It’s interesting to see how his characters go back to who he actually is.”

Whoever James Franco is in real life, his knowledge and experience of the big screen will give him an edge in teaching his students. In the coming months, his students will see how his time in the industry has taught him and how well he can translate that to teaching. Teagan hopes that James Franco’s class will be the one to help her improve her own film and photography abilities.

“When I was younger I would make silly films and put them on YouTube, but then I drifted more toward photography,” Teagan said. “I’m into documentary photography, so then I figure documentary film goes along with that, so hopefully doing [this class] will help me advance my skills.”