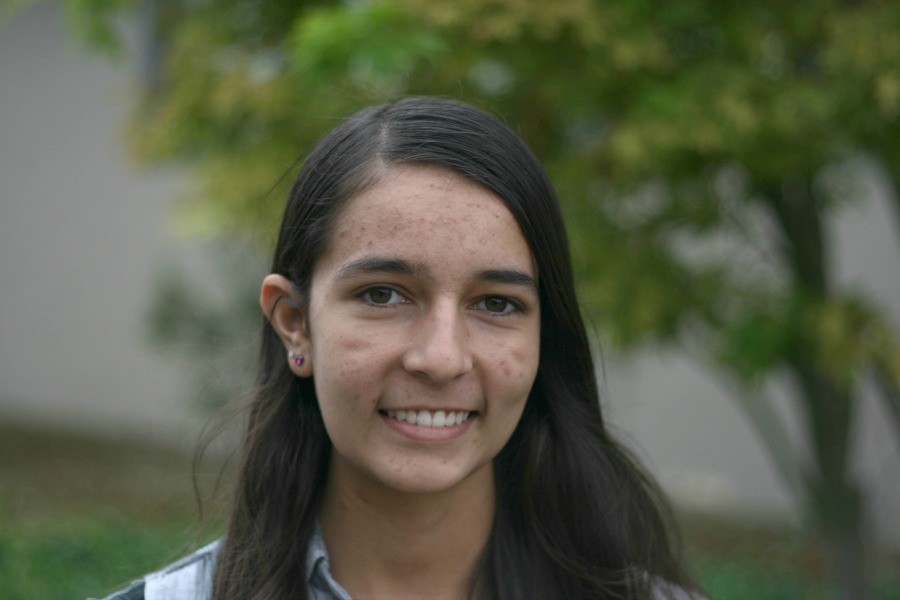 A photo of sophomore Maya Desai, who underwent heart surgery over the summer. Photo by Michael Sieffert.

Sophomore Maya Desai is no stranger to chest scars. Her dad is a pediatric cardiologist ― someone who specializes in heart issues ― and she used to spend a lot of time around his post-surgery patients, particularly children and young adults.

“My dad works with a camp for kids with heart disease, so I’ve grown up around these kids and seen the scar and everything,” Maya said.

So it was ironic when, in late June, she learned that she would be receiving a scar of her own.

Maya was having chest pains all summer, but she hadn’t thought much of it. Even after visits to the ER, the agitation was dismissed as stress-related, and Maya was told to relax more. It was only after her doctor found a “heart murmur,” a tell-tale sign of more serious problems, that anyone began to worry.

“In the beginning, I was kind of freaking out,” Maya said, referring to her initial reaction to the diagnosis. “I found out I was going to have surgery… I called my friend and was crying a lot on the phone. That was a shock.”

One of the hardest parts for a patient receiving a diagnosis can be the sheer complexity of the issue. When doctors explain complications, some meaning can be lost under all the medical terminology; due to the professional nature of the interactions, the relationship between a doctor and patient is not as intimate that of a parent and child.

Maya acknowledges that it was sometimes difficult to ask her cardiologist all the questions she wanted to ask ― so she turned to her dad.

However, thanks to her medical team and possibly a bit of luck, the surgery went better than anyone could have hoped. Maya’s valve didn’t need to be entirely replaced, meaning that she will essentially have no long-term physical effects from the surgery.

“It was a pretty good stay there,” she said, laughing. “The best part was waking up and everyone telling me that everything went really well, I was going to be fine.”

Maya attributes much of her emotional and physical strength throughout the ordeal to the support of her friends. While she expresses gratitude for the success of her procedure and the proficiency of her medical care, she credits her friends as the foundations for her emotional stability. From phone calls to hospital visits and discussions about surgery to arrangements of future plans, she attributes much of her happiness and well-being in this rough period to the presence of those who care about her.

“I really liked having my friends all around me the whole the time in the hospital,” Maya said. “I know it’s different for some people, but… it’s just nice to know that people care.”

Maya extends this feeling to a new friend in her life: her sister.

“[Before the surgery] we didn’t interact very much, we just co-existed,” Maya said. “Now we’re much closer. [My sister] was in the hospital every day, [and] she stayed overnight when she could. Even now, when I don’t need so much help, we’re just a lot closer —  talking to each other about things, and hanging out a lot more than we used to… one night, I got really frustrated… so I went into her room and sat in her bed with her, and we just talked all night. It was really comforting.”

After a summer of hospital visits, chest pains, surgery and a week of recuperation, Maya returned to school. She’s now six weeks from surgery, meaning that she can begin to return to the activities she enjoys, like horseback riding. While she will make a full physical recovery, her experience has left its mark, both literally and figuratively, and she has new appreciation for the power of kind words and support.
“Sometimes, even though it sounds cliché, it’s just nice to hear people say that it’s going to be okay.”