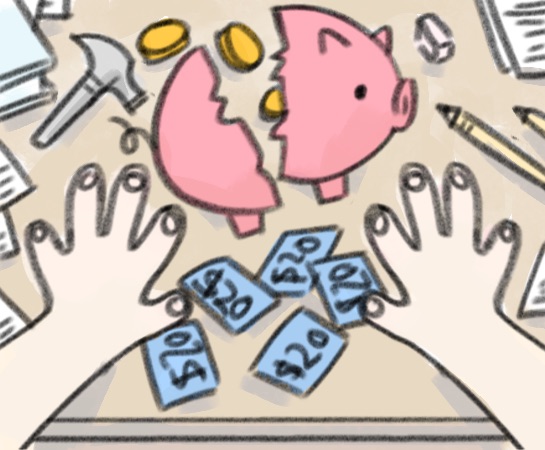 It’s immoral to force students to pay for their grade and use their own money to fund ASB and SCL.

ASB and SCL students don’t sell tickets for the fun of it; it’s directly correlated with their grade. Although ASB’s and SCL’s policies vary slightly, the gist is the same: students are given a certain number of tickets or cards to sell, and their grades are tied to their ability to sell them. For many, this means paying for anything they can’t sell in order to maintain an A in the class. 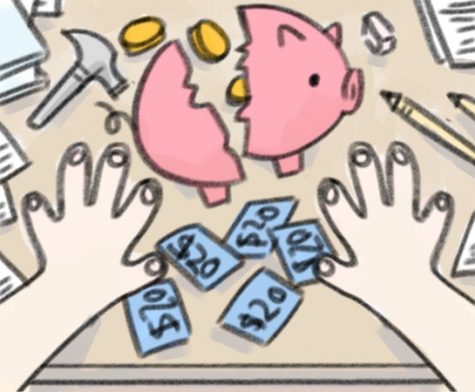 It’s immoral to force students to pay for their grade and use their own money to fund ASB and SCL. These policies are also illegal, clearly in violation of the California Education Code § 49011(b)(4), Santa Clara County Policy 3260 BP and Mountain View Los Altos School District Policy, which state that grades may not be tied to fundraising.

Though there are issues with the current grading policies, the money made from fundraisers is still essential to our school. For example, SCL uses their money to put on wellness events, like the ice cream social and Wellness Week. ASB spends the majority of the money they raise to fund essential programs such as sports, clubs that are unable to fund themselves and scholarships for students for expensive school events. But the ends don’t justify the means. If extorting money from ASB and SCL students is the only way for them to fundraise enough money, they need a massive change in fundraising strategy.

While the programs that ASB fund are important, the burden seems to be unfairly placed on ASB students. Los Altos’s ASB has a much larger funding requirement than most, since other ASB’s don’t have to fund these activities. ASB, for example, pays for teams’s first tournaments. The clubs and sports that benefit from ASB’s fundraising should also be doing more to fundraise for themselves, rather than relying on ASB. Why are clubs so dependent on ASB for money? Where are the soccer fundraisers? The tennis fundraisers? The football fundraisers? These programs already have sports boosters, and if the money they are generating isn’t enough, there has to be some accountability on the teams’s part. If sports and clubs do end up needing money from ASB despite their best efforts, then it is, of course, understandable that they receive the help they need. But why should ASB students be using their own money if the teams aren’t putting in the effort?

Right now, the fundraisers put on by ASB and SCL don’t generate enough interest to make significant profit. According to an ex-SCL student, fundraisers and activities were often ineffective simply because people didn’t want to spend their free time going to events that didn’t appeal to them. To solve this, new fundraisers that are more attractive to students should be made. There are certainly school activities that the student population would be more than willing to spend their money on and that would make for more effective fundraisers—interactive activities similar to Clash of the Classes, for example.

Alternatively, other methods of fundraising could make up for lack of interest, like grants. The Los Altos Community Foundation is one example of a local organization that ASB and SCL could receive grants from. Further, fundraising can be done outside of the school through partnerships with local businesses, like the Class of 2022’s Chipotle night, where Chipotle donated 33 percent of what Los Altos students spent from 4 p.m. to 8 p.m to the Class of 2022. If ASB is more transparent about where these funds go, this type of fundraising could be effective; it is not immediately apparent to people that the money goes towards sports and clubs, a fact that would certainly attract more donations.

However, any fundraiser or activity would be ineffective if students aren’t motivated to put in effort. Using grades as leverage is an easy way to ensure students actively take part in fundraising and events, but it’s immoral and illegal. The way we look at it, motivating students to participate in fundraising shouldn’t be an issue at all.

ASB and SCL are leadership classes on campus, meaning their members are leaders. The whole point of the screening and application process is to make sure that the students in the classes are there for the right reasons and willing to put in the work.

So, accepted students should be motivated to participate in such fundraising not because they are forced to, but because they truly want to make the school a better place. For those students who aren’t willing to put forth the effort, the question shouldn’t be how much they have to pay out of their own pocket, but rather whether or not they should be in the class.

Los Altos prides itself on its morality, integrity and inclusivity—the community on campus stands as a testament to its values. ASB’s and SCL’s policies stray from what it means to be an Eagle. While our solution won’t please everybody, we need to pick the lesser evil: prioritizing students’s rights and well-being.

So the next time you line up for free ice cream, ask yourself, Where is this from? Was the money taken out of the hands of someone who needed it more? Is it worth it? Even when an issue seems immutable, even when it seems ‘good enough,’ we have a duty to try and change it. The shield of ignorance has been lowered—feigning it is no longer an option. Standing for these illegal and immoral policies is no longer an option. Now, it’s time to act.