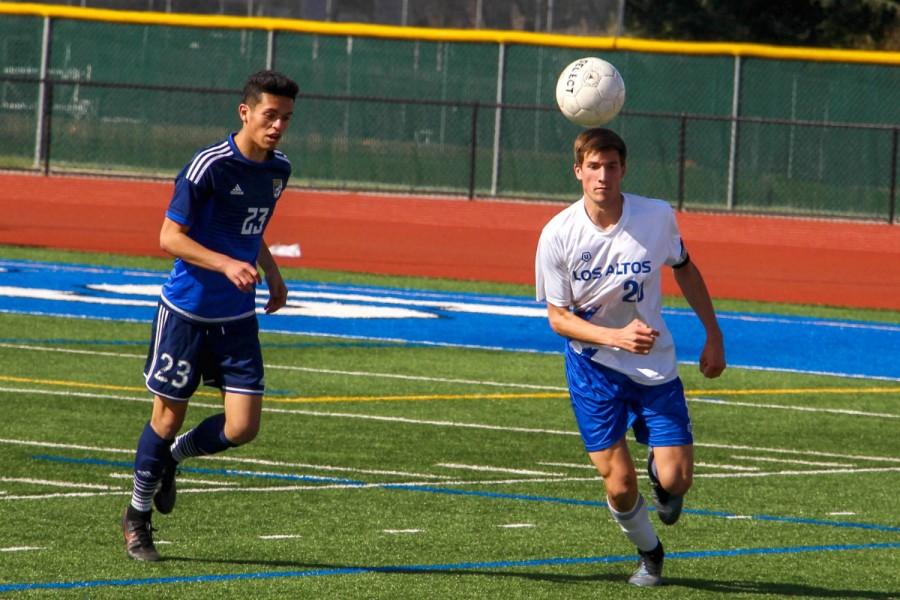 Ask the average fan to name their favorite soccer player, and you’ll hear a list of offensive superstars: the celebrity strikers, the hair-gelled top scorers.
But soccer is not solely an offensive sport, and no successful team is complete without the fundamental backbone of the defense. Many of the sport’s most valuable players aren’t scoring elaborate goals — they’re preventing them.

As a starting center back, senior Nicky McConnell is a key gear in Los Altos’ superb defense, and helped lead the team to its first CCS opportunity in years. An avid soccer player since third grade, Nicky was originally drawn to the defensive half of the field out of personal preference and practicality.

“Usually the more aggressive guys are defenders, which I like,” Nicky said. “I’m pretty tall, pretty big, which is definitely an advantage when it comes to being the first one to the ball.”

A fierce mentality is an essential part of an effective defense. Players need to be able to push and fight for the control of the ball, and throw themselves into critical tackles that often decide the outcome of the match. Soccer is not a high-scoring sport — one mistake is all it takes to tip a victory the wrong way. For Nicky, this pressure is the most challenging aspect of the sport.

“You’re the last line of defense. If you lose the ball, and they score, that’s on you,” Nicky said. “If you mess up, even with a bad pass or a bad clear, it can cost you the game.”

Nicky laughs as he recalls his own early experience with a defensive error.

“I actually scored a couple of own-goals my freshman year,” Nicky said. “The team’s never really let me forget it.”

But that’s all in the past. By all metrics, this year has been Nicky’s strongest. He’s responsible for commanding the team’s defense with the broad perspective of a center back. The team depends on him to stop crucial opposing attacks. And he’s even scored two goals of his own, including a half-field slam that he describes as a personal highlight of the season.

Unfortunately, the Eagles suffered a second-round CCS defeat in overtime Saturday, February 27. But Nicky doesn’t have any plans to stop playing.
“It’s very competitive, but I’m looking to play in college,” Nicky said. “Soccer is a real passion of mine.”