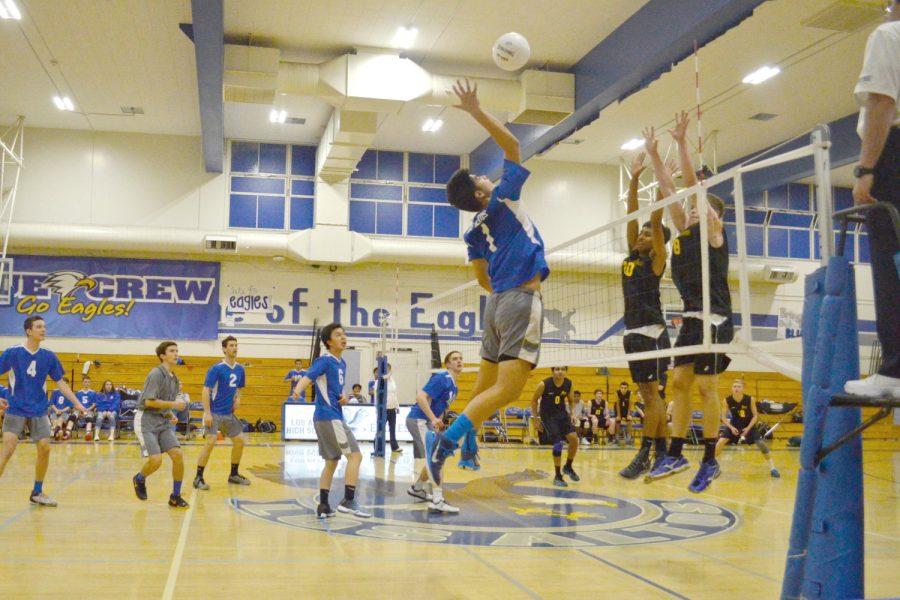 After serving as team captain for four years, senior Nathan Smith will play Division I volleyball for Penn State University next year. Nathan began his volleyball career in seventh grade at Egan Junior High after his mother pushed him to try out for the team.

As the starting setter in both his high school and club team, Nathan plays a position that requires him to be a dynamic and quick thinker because it is the most active position.

“Although setting is not the flashiest of positions, it is one of the most important because you touch the ball every play,” Nathan said. “It is also the most cerebral position on the court… you have to make the decision of who to set, taking into account who the blockers are on the other side and which hitter has been hitting well that day.”

Known for his height, it’s hard to miss Nathan walking through the quad — but to him, a high volleyball IQ and the ability to execute are much more important than physical qualities.

“Volleyball is a good balance of athleticism and smarts,” Nathan said. “In volleyball, it can give you a huge advantage if you are tall and athletic, but size alone never really wins games. Being a smart player and being technically strong is very important, and I like that there is a largely cerebral side of volleyball that you need to become an elite player.”

It’s very unusual for a freshman to be the team captain of a varsity sport, but Nathan had the experience and the leadership qualities to do so for all four years of high school.

“My biggest role is to keep the team mentally strong and help individual players learn the skills the entire team needs to be successful, but in the end we win and and lose as one,” Nathan said.