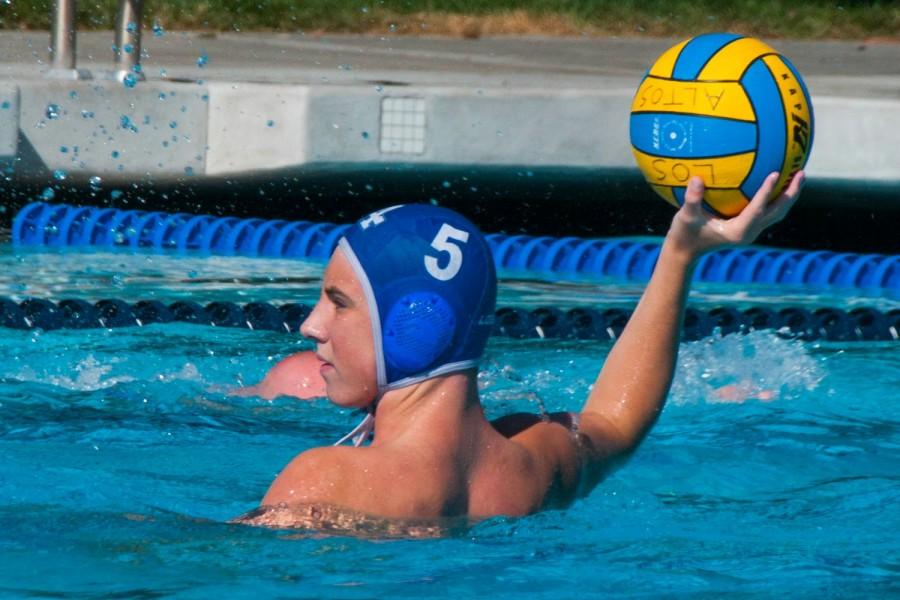 Sophomore Eric Warmoth has been playing water polo for years and practically grew up in the water. Over the course of six years, his after-school hobby has grown into a lifelong passion; Eric dedicates almost all of his free time to the sport. He spends on average 14 to 21 hours a week practicing including early morning practices before school on Wednesdays at 6:30.

“My good family friend played water polo at Cal, and we would always go and watch her,”  Eric said. “Then, my brother began playing and a year after, I started. I love water polo because my parents are both swimmers, so from an early age I was swimming, and from that, water polo is kind of an extension of [it].”

Aside from playing for the school team, Eric plays for the Stanford Water Polo Club, which is currently ranked number one in the nation for his age group after a first place finish at the Junior Olympics this past summer. Eric was also named the team captain of the JV boys water polo team last year, and this year, he is one of four sophomores playing on the varsity team.

“He knows the sport very well, so he’s really good at seeing the big picture and opportunities,” varsity captain senior Jim Hollingworth said. “He’s also good at communicating. He teaches other players and is confident enough to tell them how to fix their mistakes.”

Eric believes that coming into every practice with a goal to continually get better is what helps him stay on top of his game.

“Having a mindset to improve in addition to thinking that there is always something you can improve on is important,” Eric said.