Snapchat: the rise of a free app worth billions 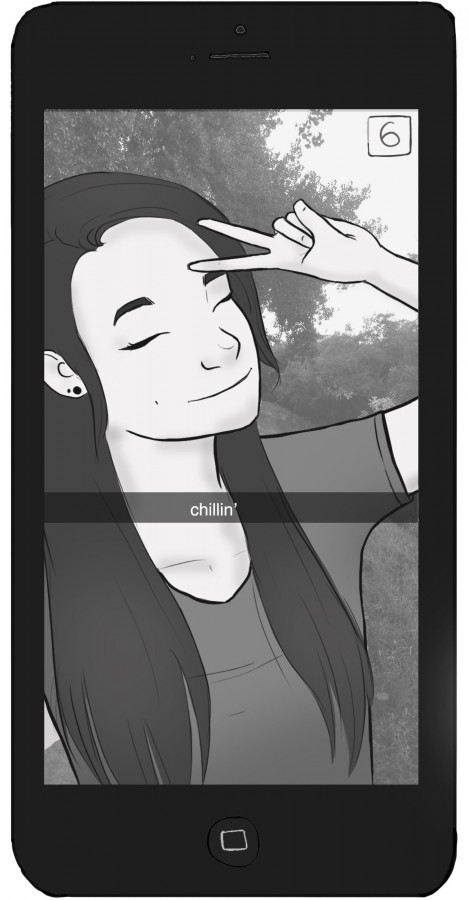 A little yellow icon appears on your phone, illuminating the dark screen; this can only mean one thing, a Snapchat notification. Since the app’s inception in a Stanford undergraduate’s dormitory, Snapchat’s popularity has demanded the full attention of both teenagers and business moguls alike all over the world.

The tale of Snapchat’s origin shares many parallels with wildly successful social media platform, Facebook. The primary founder, Evan Spiegel and his two friends, created the app while attending Stanford University in 2011. Originally named “Picaboo”, the app failed to captivate Spiegel’s product design class, for which the app was created. The concept of disappearing photos remained too foreign at the time.

However, after changing the name to Snapchat and furthering development on the application, the company began to garner more and more attention. By May 2012, 25 images were being shared per second over the program and by November 2012, over one billion images had been sent. So far, their success had only been within the bounds of the iOS market.

After expanding the application to the Android market, which increased its presence in the marketplace by 32%, Snapchat began raising more serious capital. By June, 2014, Snapchat had raised over $60 million in venture capital rounds from firms such as Institutional Venture Partners and Lightspeed Ventures.

By February, 2013 the company was already valued at over $860 million. Snapchat’s success appeared to be unstoppable. During November, 2013, Facebook offered Snapchat $3 billion for the entire corporation and shortly thereafter, Google presented a $4 billion deal; both of which, to the shock of the world, were turned down abruptly by Spiegel.

As popular as Snapchat has become, this success has not been without its pitfalls. The app is renowned for its unique ability to discretely share suggestive photos and in 2014, the Electronic Frontier Foundation rated Snapchat one of the most unreliable programs on the market. Couple that with an infamous internet scandal involving Spiegel, an extremely small range in user age, and the quiet fact that “snaps” can be easily recovered, it seems a miracle that this young startup has been able to continually thrive in a competitive marketplace.

It may be even more surprising that without a consistent revenue stream, the company has managed to score an evaluation of over $15 billion, giving its small staff of three hundred and thirty, on average, the wealthiest valuation per capita in the tech world. Spiegel himself sits on the Forbes 400 list of richest people, with a net worth of over $2 billion.

As of January, 2015, Snapchat has added the “Discover” option, which gives users the Snapchat perspective into brands, organizations, and events such as the political debates, fashion shows, football games, etc. Snapchat has also included more direct advertisements such as movie trailers and even started charging users for three snap “replays” at $0.99. These features have enabled Snapchat to integrate unique forms of advertising and revenue sources into their application.

In addition to the advertising updates, Snapchat has attempted to make the app more versatile and fun to use. The app now includes emojis next to contacts name which tells the user the status of their relationship such as “best friend” which is represented by a heart. They also have added a “Lenses” update which, when focused on the consumer’s face, presents a selection of options that distort the face or add backgrounds.

However, despite the recent additions and astronomical evaluations, an inevitable question still looms overhead: how long before Snapchat becomes obsolete? Unlike Facebook, which despite its decline in usage, still has enormous reserves of cash and stakes in other applications such as Instagram, Snapchat is facing the market head on with only its popularity to bank on. What does the future hold? Only time can tell.