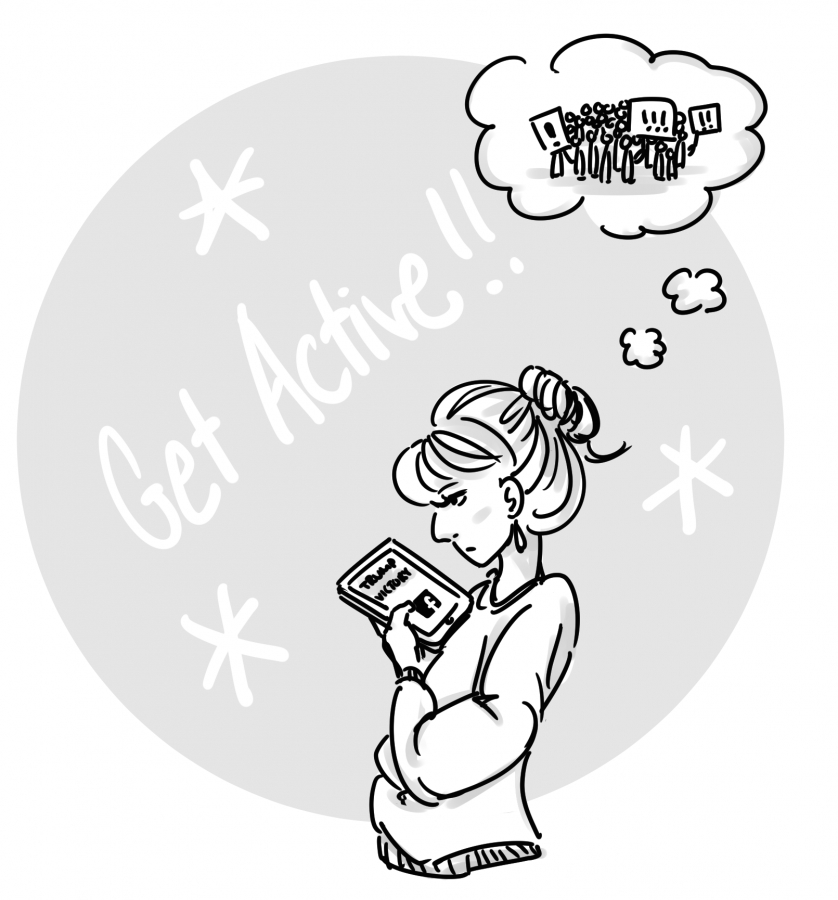 #BlackLivesMatter, #LoveWins, #LoveTrumpsHate and #StandingwithStandingRock were all common hashtags pertaining to social and political issues that flooded social media sites this year. Posting and reposting about these issues, signing online petitions and uploading pictures or videos to spread awareness seem to be parts of an increasingly popular method of activism. However, this type of online advocacy, called “slacktivism,” is often criticized due to the minimal amount of effort and physical involvement it requires.

Because slacktivism only requires passive engagement — a click of the mouse to post, repost or tweet — many consider it to be less valuable than more active forms of engagement such as volunteering or protesting. As social and political issues become “trendy topics” on social media, there is a concern users may post about them not because they feel truly passionate about the issue but simply because everyone else seems to be talking about it.

There is a concern that slacktivism discourages people from taking action. By reposting something on Facebook, people satisfy their inner guilt over the issue and believe they have taken sufficient action so they  go back to their daily lives. The oversaturation of posts on social media that pertain to current “trending” issues on social media only serves to ultimately desensitize the public, as even the most shocking or horrifying events are normalized through millions of likes, comments and shares.

Still, it is necessary to realize the importance of slacktivism in an increasingly technological and social media-dependent world. Studies have found that slacktivism can actually be beneficial. In a 2012 study by Georgetown University, researchers found that those who participate in slacktivism are more likely to engage in actual activism than those who don’t. A study published by the research journal PLOS ONE in 2015 concluded social media can be “instrumental” in political protests by providing a means of communication and exposing more people to the issue.

While flooding social media with one issue can serve to desensitize the public, people can also become increasingly exposed to this topic, leading to a heightened level of awareness for current social and political issues. By casually scrolling through and reading posts on these topics and perhaps even being inspired to research them, people are able to learn more about — and even form their own opinions on — relevant issues. It has become increasingly important that the general public be educated. Only through education can we form opinions, engage in discourse and productive discussion, and ultimately act. Even if the opinions formed by scrolling through Facebook posts about the Dakota Access pipeline don’t ultimately lead to action, the formation of a stance in itself is already progress; it is important that we become exposed to and are educated about a variety of topics in order to become more well-informed citizens of our communities. Slacktivism, whether it leads to traditional activism or not, can aid in the formation of a more informed, opinionated and educated generation.

Ultimately, nothing can replace old-fashioned activism, but it is still important to recognize the increasing influence that social media has on our daily lives and the immense potential that these forms of communication hold. While it is easy to discount slacktivists as people who post about important social or political issues to seem “trendy” or to make themselves feel like they have contributed toward the resolution of an issue without being actively involved, many slacktivists are genuinely passionate individuals. Whether they don’t have the time or means to get more actively involved or they are actively looking for ways to take their passions a step further, slacktivists have already done one important thing — taken time to share their opinions and insights.

It is critical to be actively involved in your community and beyond — volunteer, telemarket, protest. But if you have opinions that you feel passionate about, by all means, use social media as a platform to voice them.