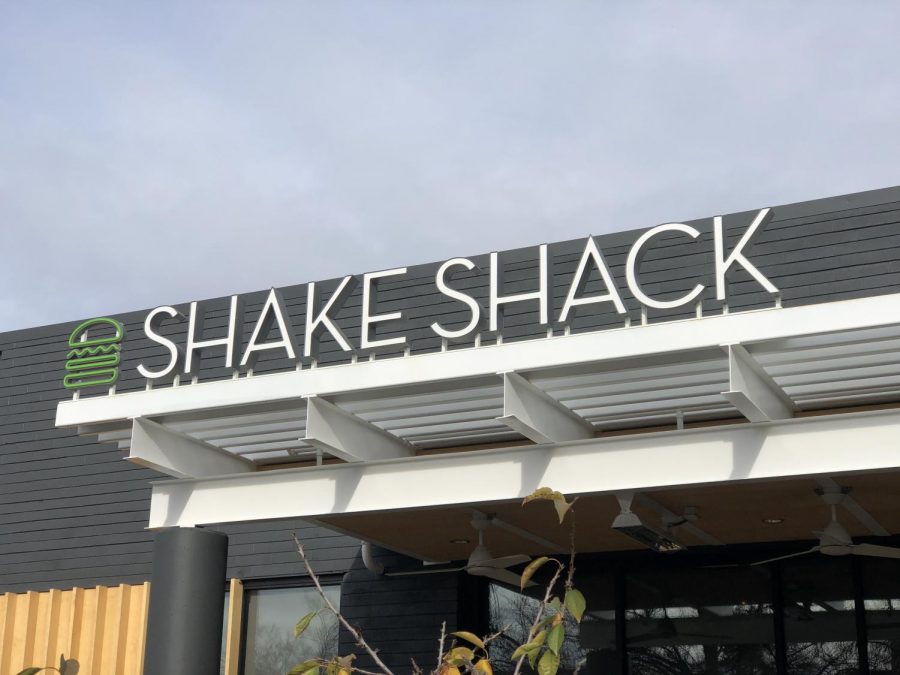 Today, Shake Shack opened its doors for the first time in northern California. Located right next to PF Chang’s in Stanford Shopping Center in Palo Alto, the burger chain is entering an already competitive upscale casual dining scene. With California favorite In-N-Out and San Francisco upstart Gott’s Roadside nearby, there is no shortage of options for burgers for Peninsula foodies. But, on opening day, hundreds of people queued up in line to get a taste of the New York City’s cultburger.

“First and foremost we definitely wanted to make sure the Bay Area was a place we wanted to go, and finding Palo Alto seemed perfect, perfect first location that we can just root ourselves, root our teams,” Shake Shack Executive Chef and Vice President of Culinary Innovation John Karangis said. “From there, our aspirations are to go a little further from Palo Alto and stay in this area.”

Unlike most fast food restaurants, Shake Shack does not have the same menu across their 200 plus locations across the globe. They have a core menu, but create new menu items with local partners to create location-specific burgers and desserts. They hope to create an authentic experience for each unique region they open with some favorite flavors from those places.

“We wanted to make sure, number one, that there were people that we aspired to be like and to work with, and so that was an important criteria,” Karangis said. “The other criteria was people that were willing to sort of evolve with us and grow with us and learn with us as we could learn from each other, and then make sure that the product is delicious because it needs to be delicious.”

The culmination of these discussions is the Palo Alto-exclusive Golden State Double. This is a burger served on a Tartine Bakery sweet potato bun with two patties and cheddar cheese, with locally sourced McVicker’s pickles. Also new for this location is the MB Malt, a concrete (nearly ice cream sundae), which uses Manresa Bread’s (another local bakery) whole wheat chocolate chip cookies, topped with nuts and chocolate and malt fudge.

Ronald Miller, a local resident, was the first in line, arriving at 7 a.m. and waited in line for four hours to be the first to order.

“It’s my first time,” he said when asked why he came before the sun was up. “I wanted to try it out, and then because [of] the travel bag.”

The first 100 people in line received a Shake Shack-branded travel bag for being first to eat at the new location.

“It beats In-N-Out,” Miller said. “Especially the fries, because the fries at In-N-Out, they get cold, and they’re kind of hard. These were kind of crispy, just right. They were really out of this world.”

If the lines today are any indication of the future, stretching more than 100 meters, Shake Shack appears poised to become a staple here in Silicon Valley. With Palo Alto Mayor Liz Kniss on hand to cut the opening ribbon, Karangis is excited for the future for the newest Shake Shack and first in the Bay.

“We did our best efforts before we opened to be a part of the community, and now that we’re open, we really want to listen to what folks tell us, get that feedback,” he said. “We want to give them the best hospitality we can, and then hear what they have to say.