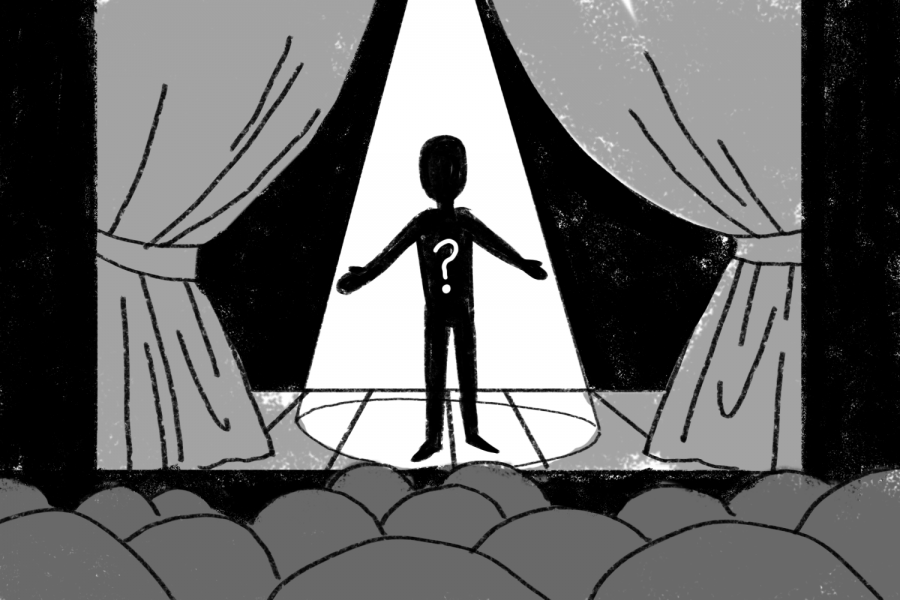 Last Friday, March 8, the senior class put on their annual talent show. Aside from the final act, the talent show was an impressive culmination of diverse talents, a product of a commendable amount of effort from the performers, class council and ASB. Until the last act of the night, the talent show contributed to ASB’s goal of fostering inclusivity, which they have been striving for this year.

Four senior boys performed the final act, a reenactment of the popular “Jingle Bell Rock” scene from the movie “Mean Girls” (2004). They wore Christmas themed short shorts and suspenders instead of shirts, dancing “provocatively” like in the movie, but with intentional awkwardness. The performance garnered a mixture of shock and amusement from the crowd, but also left many uncomfortable in the wake of a performance of questionable appropriateness. It also raises questions about why the senior class gave this potentially offensive and inappropriate performance such a large platform.

Before you roll your eyes at us about making mountains out of molehills, we want you all to know that this editorial is a product of The Talon’s convictions. We’re not trying to tell you what to think or who to blame, or even to blame anyone at all, for that matter. But we do hope you’ll read what we have to say. In this editorial, we’re describing, as we see it, how the final act of the talent show reveals an underlying cultural problem.

The final act of the performance, a spot traditionally reserved for the standout act of the night, was misplaced. It circumvented the main audition process, was the only act promoted to the school and the senior class council allocated it the final slot with the intent of amusing the audience with the shock factor. This final sour note cheapened the earnest entertainment that bands, dancers and various other performers provided throughout the night, many of whom deserved the spot more.

Granted, the shock factor stemmed partially from the fact that the performers were half-naked while dancing on a stage at a school function. But underneath this initial layer of impropriety, there’s a subtle yet still damaging implication. The punchline, the very element of the act that was supposed to evoke a laugh, was that guys parodying girls and acting effeminately was outlandish and a cause for laughter. This implicit assertion—that it’s pathetic or awkward or even just funny for men to act feminine—should have no place at Los Altos.

There is a double standard regarding sexuality at play; it’s seen as humorous for guys to portray sexuality while it is taboo for girls to do the same. For a talent show that was otherwise so carefully curated, diverse and inclusive, the final act stands out as markedly tone-deaf.

It’s no secret that such jokes and punchlines are common, particularly among teenagers. In all honesty, the end of the talent show exemplified just how normalized they have become. It seems that class council, ASB, Los Altos administration and the performers themselves were unaware of this connotation, and if they were aware, they did not address the issue. It also seems that Los Altos’s general consensus reflects a similar mindset.

But if it’s our goal to create and maintain an accepting school community for everyone, we should be vigilant about monitoring these jokes and understanding their implications. A senior class that strives to maintain an inclusive and safe environment for the student body ought to honor this. In the future, there should be discussions to produce guidelines surrounding what the administration, class council, ASB and the greater school community deems acceptable in school settings.

We all, The Talon included, make mistakes. When we do, we should use these mistakes as an opportunity to reflect on our values. Los Altos is a community, and while we sometimes disagree amongst ourselves, we all have our collective best interest at heart. As a community, we can use this event as an opportunity for reflection: What do we truly value? What should we condone? And, perhaps most importantly of all, how do we help each other become the people we aspire to be?