Senior quotes are in, amidst controversy 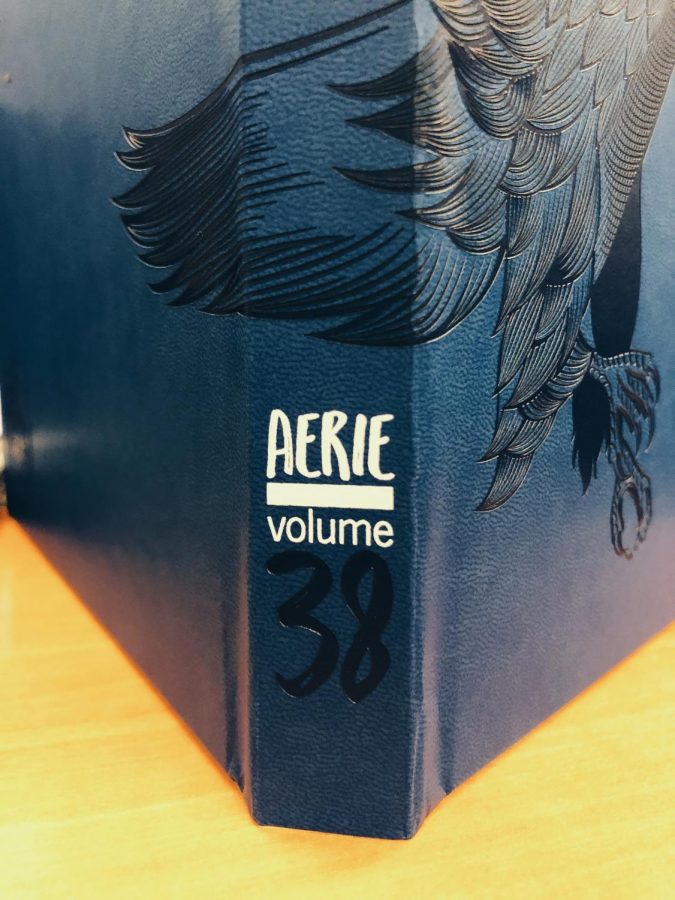 Senior quotes have been part of the Los Altos Aerie Yearbook for nine years, acting as a platform to express themselves in a piece of their own personal history. But after recent controversy surrounding the validity and appropriateness of these quotes, Assistant Principal Suzanne Woolfolk instructed yearbook staff members to remove senior quotes from the yearbook. This instruction came on Monday morning, just hours before the publication deadline for that section of the yearbook.

Both yearbook staff and members of the senior class were upset at this change. Yesterday, the senior class council devoted its meeting to a conversation between Principal Wynne Satterwhite, Talon newspaper advisor Michael Moul, yearbook editors, Yearbook advisor Holly Mujica, Jostens representative Michael Zaher and any seniors interested in the issue. Yearbook editors, who had reviewed the quotes for appropriateness, agreed to review their guidelines with the administration and Mujica to refilter quotes by this Friday. Today, the administration, Mujica, Moul and yearbook editors met in hopes of resolving any issues surrounding quotes that are questionable. They ultimately agreed to include senior quotes in the upcoming yearbook.

Original plans for senior quotes changed last week when former yearbook advisor Danielle Paige was subbing for current adviser Holly Mujica and pulled aside four editors after class on Monday, January 28. She told the staff they should not include the quotes because it would lower the standard of the publication. In a private text sent Friday night, February 1 to a yearbook editor, Paige confirmed her direction by stating “Pull the senior quotes.”

“We didn’t really take [Paige’s comments] seriously because she’s technically not our advisor,” Monthly Double Page Spread Editor Reva Panda said. “But then, on [January 29], we come into class and hear Paige sent an email to Ms. Satterwhite and Ms. Mujica saying that we need to cut quotes now.”

Academics Editor Loanie Phan said both Paige and Mujica were vague in their justification for why all the senior quotes needed to be pulled. Both Paige and Mujica raised concerns to yearbook staff about not filtering the quotes in time to meet the deadline and argued that the quotes could potentially hurt student image, both in the present and future. However, Loanie said that the majority of quotes were not an issue for Paige and Mujica.

After hearing about the email Paige sent to the administration last Tuesday, yearbook staff argued that senior quotes must be included to both Paige and Mujica on Wednesday, January 30. The six yearbook editors met with Woolfolk—Satterwhite was unavailable at the time— and came to a verbal consensus on quote guidelines. However, they did not write down those guidelines.

“Later, it became an issue for Ms. Mujica that we didn’t immediately write things down as to what the criteria was.” yearbook business manager Rachel Cheng said.

“We mostly solidified and made sure that there wasn’t any confusion in any of the guidelines, making sure we were as clear as possible,” Rachel said.

Yearbook editors have first amendment protections in California. California Education Code 48907 states that students of public institutions have the right to exercise freedom of speech and of the press, including student publications (including yearbooks), regardless of financial support by the school, except for when statements are “obscene, libelous, or slanderous.”

Monday night, Paige locked out yearbook staff from their design software by removing all senior quotes from the yearbook and submitting a version of the senior portraits without quotes to the printer. Had they published, Paige could have violated California Education Code 48907. She later instructed the printers to hold publication, but Yearbook staff are currently still locked out of their software.

Reva, Rachel and Loanie did not know until Monday that the law protects them as members of a student publication. Last year, Paige changed design elements without the consent or knowledge of Yearbook staff and editors, possibly violating California Education Code 48907.

“Last year, after we submitted a page and she said it was okay, at the last second before she submitted it, she actually changed something in the design and it didn’t go with the rest of the book.” Loanie said. “She did not notify us at all.”

Yearbook editors believe that this same overstep and potential violation of California Education Code 48907 could happen again with the censorship of senior quotes in the yearbook that do not violate their rights as student publishers. The yearbook editors say that the justification of the quotes being removed had more to do with stylistic and overall impressions of the yearbook than the actual legal violations some quotes might present.

“We got berated for twenty minutes over someone having the senior quote that was just ‘Egg,’” Reva said after they were first discussing the issue on Monday, January 28.

With the support of the whole yearbook staff, Reva and Rachel created a petition yesterday afternoon in hopes of raising awareness about the situation and bringing the senior quotes back into the yearbook.

After speaking with Zaher, the time deadline initially set for the submission of the yearbook, which was Monday, has now been postponed till Friday. No late fees will be charged to the Yearbook class if the quotes are submitted by then.

Today’s meeting was set to help solve all outstanding concerns from all parties in hopes of submitting senior quotes into the yearbook. After the editors went through all the quotes under a more clear set of guidelines with Satterwhite, Woolfolk, Mujica and Moul, all parties agreed to include nearly all of the quotes submitted. Yearbook staff will contact any students whose quotes will need to be replaced.

“I’m glad that it ended the way that it did and that we ended on good terms and we were able to get what we wanted,” Rachel said following the meeting.

It is the right of the student editors to decide what quotes can and cannot go into the yearbook.  And with quotes now officially back in, seniors will be able to see quotes both they and their peers submitted in June.

Edit: As of February 7, Yearbook staff now have access to their software.