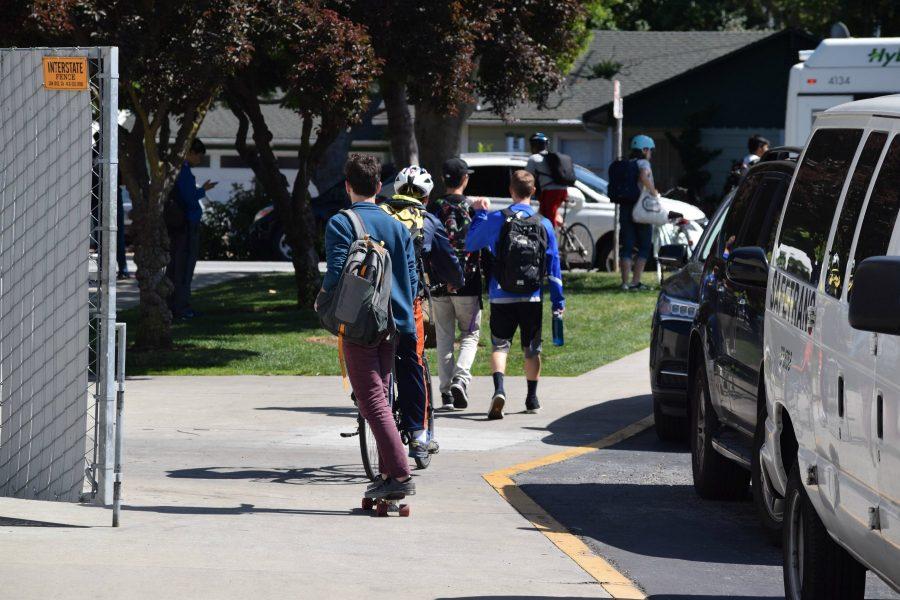 When I was 6 years old, my oldest brother was hit by a car as he biked home from Egan Junior High School. After being rushed to the emergency room, our family received news that he was going to be fine thanks to one special thing — a helmet. However, as my brother left campus that day, he wasn’t wearing his helmet, and he usually didn’t. Luckily, the Egan principal saw my brother and wouldn’t let him leave without buckling up his helmet.

After the collision, my brother’s helmet laid in the middle of the street with a gaping crack across the top. Had it not been for the hardened plastic shell around his head absorbing the force, his skull might have displayed the fatal crack instead. It is potentially tragic scenarios like this that have caused the school to crack down on helmet infractions, and I am all for it.

I will be the first to admit that during my underclassmen years, I never wore a helmet. I completely understand the motivation for letting your hair blow in the wind as you ride to school. Maybe you don’t want to look like a dork in front of your friends or the girl you’re trying to impress. Maybe you are trying to get rid of the inverted mushroom on your head each morning known as helmet hair. Maybe you are just trying to show your parents who’s boss. Or maybe your helmet is just uncomfortable. But to be honest, after having two years to take a step back and reconsider all my reasons not to wear a helmet, I was able to determine that I was stupid. In the end, I never lost friends or got girls because of a helmet. All I did was make my ride to school a bit riskier every day. That’s why the school adopted a new helmet policy that will deliver harsher punishments to students, like me, who compromise their safety.

If you think about it, our school parking lot is the absolute worst place, probably on the planet, to be lax with your safety and protection. There are new, error-prone drivers, overconfident seniors and parents rushing to get to work on time. All three of these make a devil’s triangle of terrible driving decisions, and further escalate your susceptibility to injury. So put your helmet on for 10 minutes of your morning — if you never have an accident, that’s great, but if you do, and you don’t have a helmet, you will regret it.

On top of the tightening on helmet restrictions, the school is also taking speeding violations, in and around the school parking lot, much more seriously. I cannot count the number of times I’ve seen a car flying through the parking lot at 40 mph, just barely dodging the walking students trying to mind their own business. And don’t even get me started on the kids who think revving their engines and screeching their tires is cool — hint: it’s not! If you have a Ferrari, Lamborghini or Bugatti, you have earned the right to flaunt your car. But the next time I hear an un-muffled Honda Civic revving it up, I’ll be very annoyed and mostly likely want to deliver a roundhouse kick straight to the driver’s lower jaw.

We are all in the same situation. We are all trying to get out of the parking lot as fast as possible, but maybe if we didn’t have people always trying to cut each other off to reaffirm their testosterone levels, we would all get out of the parking lot quicker. What the drivers trying to rush out of the parking lot need to do is relax, and take it slow. And that is exactly the effect that a tightened police monitoring will have. The school will be keeping a close eye on drivers and in doing so, will force everyone to slow down and be safe. For that reason, the stronger stance on speed violations is a sight for sore eyes. For some reason, people feel invincible when they are enclosed in their car, but the reality is they aren’t and they just are making a fool out of themselves. Drive safe, be polite, and the school’s parking lot will be a safer, and more smoothly exited, place than ever.