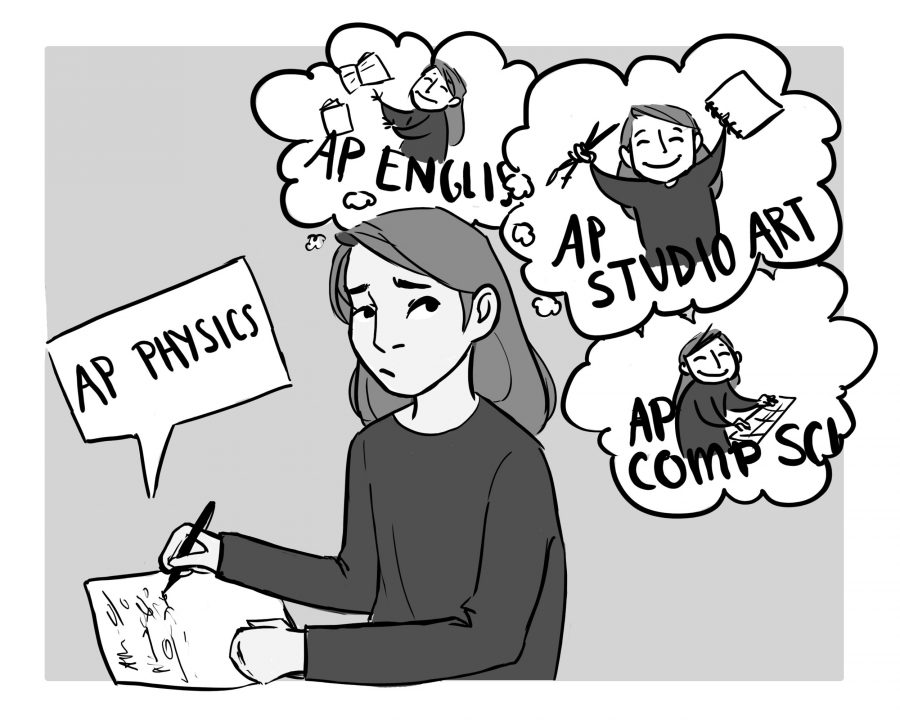 This year, the AP Physics I scores for Los Altos decreased significantly compared to past performances on AP tests. There are multiple explanations for the score decrease, but controversy surrounding the scores has raised another, more important issue. In order to promote access and course choices, the school should once again offer a college-prep level physics class.

In a survey of 70 current AP Physics I students, 42 percent indicated that they would have taken college-prep physics instead of AP Physics I, provided they had the opportunity. This alone is almost 30 students that wanted to take college-prep physics — enough for an entire class period. Among the other 180-plus students there are likely to be many others interested in the regular class. But the greater problem is not in the fact that an unserved population exists. The more important problem is that the school is encouraging students to take AP classes in the wrong way.

AP classes are a valuable experience. Students who pass AP tests in high school are more likely to succeed in their future college classes. However, forcing students into an AP class on a subject that might not be a main priority for them is not the best way to prepare these students to succeed in college or improve their education. Instead, the school should focus on encouraging students to take APs in subjects that they are truly interested in, and allow them to devote their time and effort to things that they personally enjoy.

On the other hand, there may also be students who are genuinely interested in physics but cannot or do not want to take the AP class. Perhaps they don’t feel ready for an AP, or they are already taking too many and cannot afford to take another. Regardless, a student should not be restricted from taking a physics class because of these reasons.

If the school offered a college-prep level physics class, students would not have to give up other AP classes that they feel more passionate about in order to take physics. And by keeping the other three physics classes, the school will allow those who truly feel passionate about physics to pursue it at an AP level. Students will no longer be forced to take AP physics instead of an AP that they might enjoy more in order to keep their course load at a manageable level.

Aside from that is the issue of limited non-AP level science classes for upperclassmen. After chemistry and biology, the only college-prep level classes available are Forensics, Biotech, and Intro to Engineering. Physics could provide another college-prep option for upperclassmen, effectively aiding in at least partially alleviating that issue.

There’s nothing wrong with encouraging students to take hard classes. For those who want to take it, AP Physics can be a highly valuable offering. But that doesn’t mean it should be the only physics option. The school should offer a college-prep option in the physics department, as it does in every other department, and allow students to make their own choices about where to invest their time and priorities.