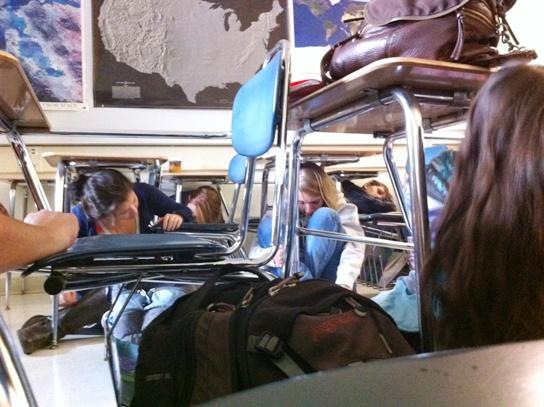 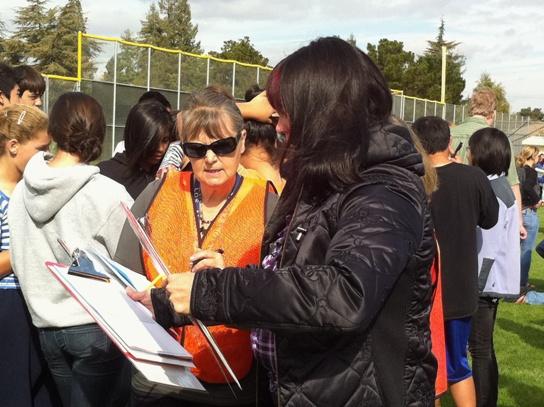 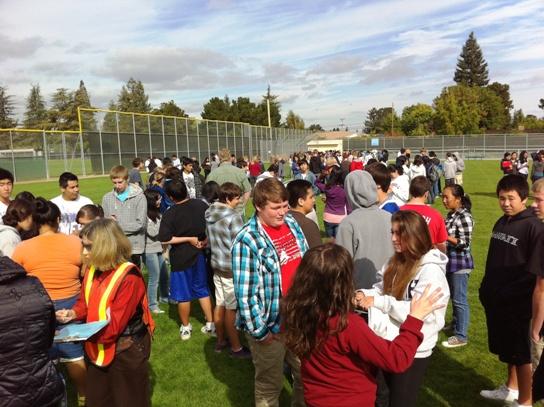 At the end of fourth period at 10:40, an schoolwide announcement was made for teachers to review earthquake safety and evacuation procedures and prepare their classes for the drill.

By 10:48, a ShakeOut video instructed students to get under their desks and “Drop, Cover, and Hold On” for protection. The two-minute video explained what people in a variety of situations should do to avoid harm in the event of an earthquake.

After the video ended, classes headed over to the back field on their safe evacuation routes. To mimic an actual disaster, the school provided teachers with scenarios including hazards and injured students.

Earth Science teacher Shannon Wernette said she had to find an alternate route out of her classroom due to obstruction by the disaster.

“We had some things fall and our doorway was blocked, so we used the door in the backway,” Wernette said.

Freshman Hannah Snee said that the evacuation of her fourth period class replicated much of what would be required to effectively navigate an actual disaster.

“They set up situations, like an awning collapsing,” Hannah said. “It could give you an idea of what might actually happen during an earthquake, which is anything.”

When approached, biology teacher Tom Budd said that in schoolwide emergencies, he cannot comment to reporters as part of the safety procedures he learned through the CERT (Community Emergency Response Team) Program. The program educates people about disaster preparedness and basic disaster response skills. Wernette said that overall, the drill was successful.

“As long as the students take it seriously, that’s the main obstacle in making sure it’s done right,” Wernette said. “They did what they’re supposed to do and I think they’re prepared.”

The drill ended at 11:30, when students were asked to return to their fourth period classes.