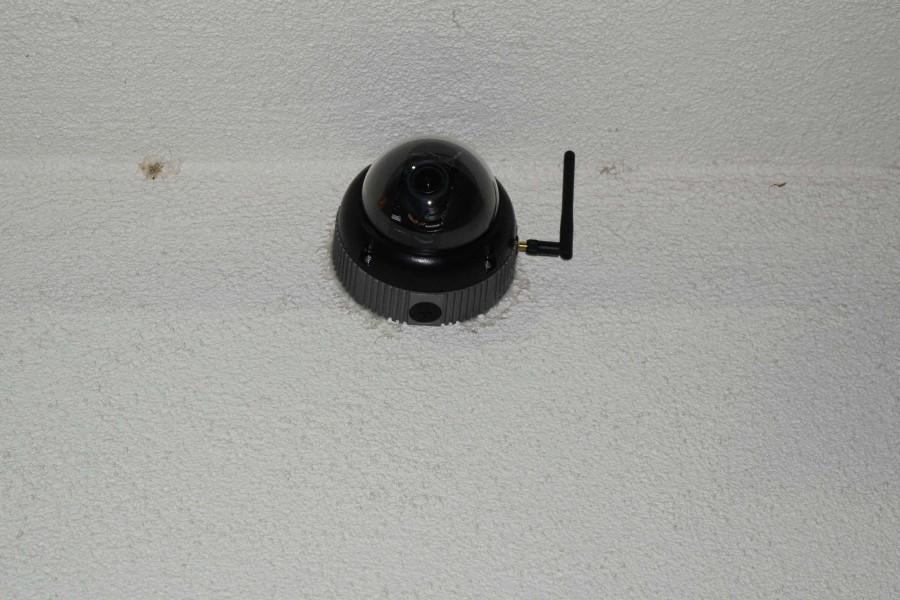 One of the new security cameras positioned around the school. Photo by Francesca Fallow.

In the past several weeks, the school has installed surveillance cameras around campus by using district safety funds. The cameras are intended to counteract bike theft, vandalism and minor accidents in the parking lot. Surveillance is currently monitoring the bike racks, the quad and the field.

LAHS receives a set amount of money from the board which is intended the school a safer place. When the school went to students and the community to ask about what they think their safety and security means are, they found that students generally feel very safe on campus.

“[Many students] felt like the parking lot is especially a place where they would like something done,” Rosenberg said. “A lot of people felt like surveillance cameras would be a way to address that concern.”

Because of progressions in technology, surveillance is easier than it has ever been. As of this week, there is a mass amount of data about what is going on at LAHS stored on a district server. Rosenberg understands that there may be potential privacy concerns.

“It is not hard to imagine circumstances under which that data might be used in a way that somebody doesn’t like,” Rosenberg said. “I think that our district at least, should come up with thoughtful policies for the use of that data… Who can access it? How can it be used?”

Rosenberg recognizes that as a society it is important to think about how surveillance data should be used. The school plans to address privacy concerns if or when they arise in the future.