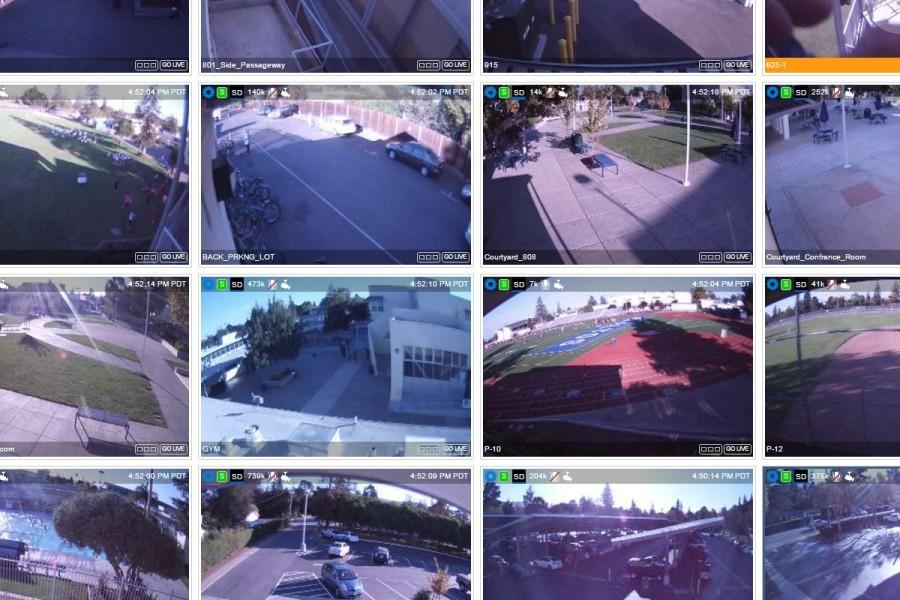 In recent weeks, the school installed new surveillance cameras around campus. The cameras currently monitor both parking lots, all the bike racks, the fields, the quad and the pool. The school hopes the cameras will help improve campus safety as part of a larger school safety plan.

“The main impetus for the cameras came from [student complaints] last year and the year before about the parking lot,” Assistant Principal Galen Rosenberg said. “There was a feeling that the fender benders that happen there are the one area where students felt like we could improve safety overall.”

The cameras are not meant to address any particular issue at the school, but aim to improve the general safety of students and will hopefully help limit incidents such as bike theft and minor car accidents in the parking lot. According to Rosenberg, general student safety issues are not a huge concern for the school.

“Certainly the bulk of students if you ask them will say they feel very safe [at school],” Rosenberg said. “So when pressed [about why we have cameras], I would say there are assumptions now that there are going to be surveillance cameras in public places, and people were surprised that we didn’t have them. So it’s as much to satisfy that concern as it is any real issue.”

The district allocates annual funds for the school to spend on safety equipment, and an amount of money each year is devoted to maintaining the safety and infrastructure of the school. The cameras cost around $20,000 to install and will cost $8,000 per year to maintain.

The school is also paying for a service which stores all the data the cameras record on the cloud, eliminating the need to manage all the hardware normally associated with a database.

“Mountain View has had cameras a lot longer than us,” Rosenberg said. “They had an older style where the user has a server that stores all the data and records it. The more modern version of that is a cloud based system. It’s cheaper for the district to have all the schools on the same system, so Adult Ed, Mountain View and Alta Vista are now all looking into the same thing.”

Rosenberg says that while the cameras should be beneficial, their ultimate impact cannot yet be determined.

“In theory people behave better when they are being watched,” Rosenberg said. “It’s possible that we will see fewer incidents, but the incidents we have are pretty rare anyway.”

“When you have data and it’s stored, it could be used for wrong purposes,” Rosenberg said. “It could be used to make someone look bad or embarrass somebody, [which is] why I think we need policies on [how we use the cameras].”

On a larger scale, Rosenberg says the school has a safety plan which aims to continue making the school a productive and safe place. The cameras are one part of the plan, but other aspects include upgrading the east drive to make it more safe for cars, bikes and pedestrians, as well as maintaining the infrastructure of the school as a whole.