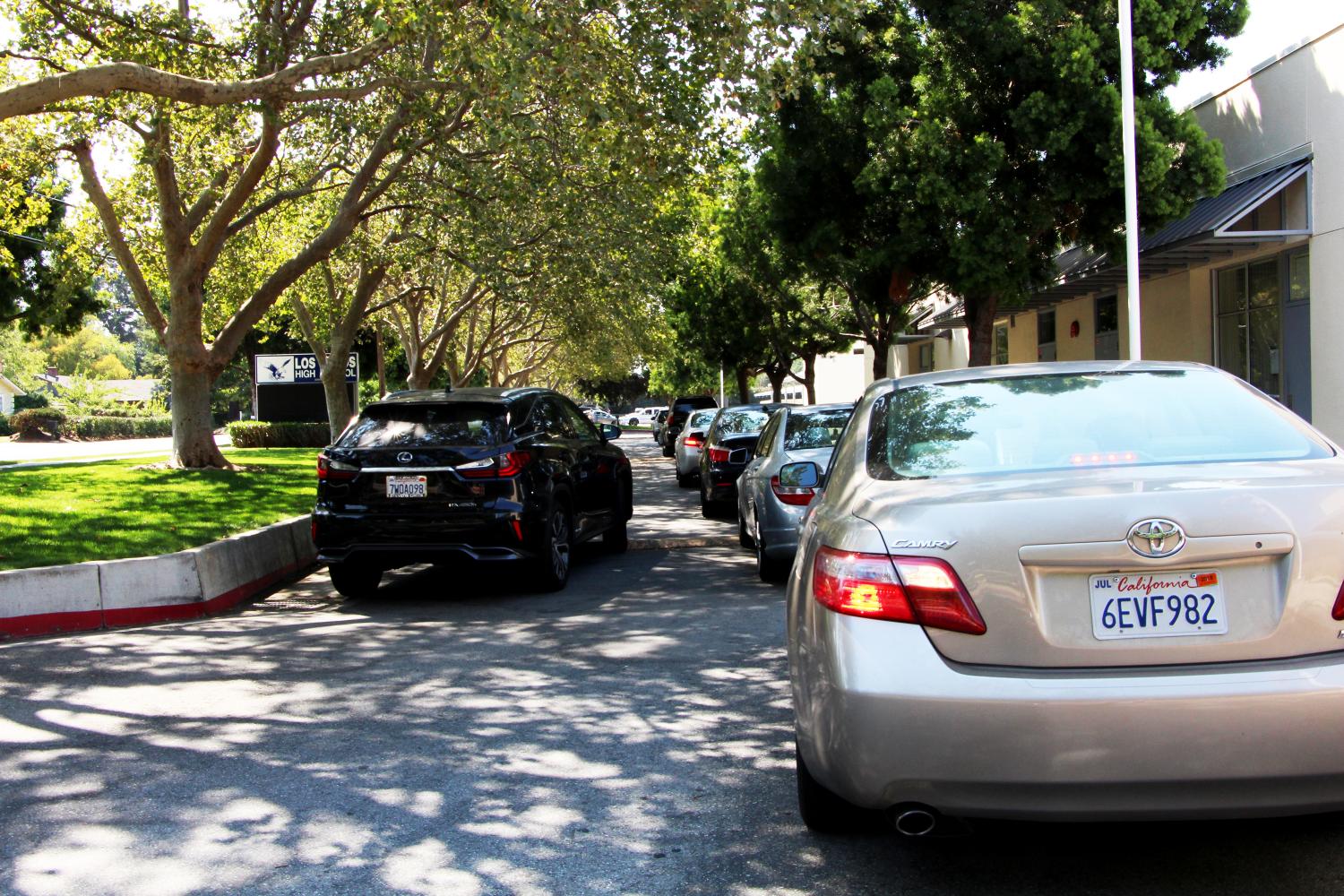 Los Altos prohibited parents from dropping off and picking up students in the student parking lot this year to create safer access to campus for pedestrians and bicyclists.

The policy, which stems from concerns discussed in the administration’s last meeting with the city and police department in May, also includes opening the previously closed U-pass on Almond Street as an alternative drop-off option for students.

“If we can minimize the number of cars that are just dropping off and then leaving again, that’s two possible car-bike-pedestrian interactions we can avoid,” Assistant Principal Galen Rosenberg said.

The administration also encourages parents to drop off students at the back of the school on Jardin Street, or a couple of blocks away from school. Police will more strictly enforce the current law that prohibits cars from stopping on Almond Street to drop off or pick up students.

The prohibition stemmed partially from a report the city of Los Altos received three years ago from the Institute of Transportation Studies at the University of California, Berkeley, which recommended a complete ban on drop-offs on campus.

“We’re sort of in a compromise between the people that think, ‘I have to be able to drop my kid off on campus,’ versus, ‘It’s really not safe for a lot of people,’” Rosenberg said.

Many students, including senior Alisha Mirapuri, have noticed the decrease in traffic in the student parking lot.

The policy requires parents to find alternative spots to drop students off. Although it may alleviate traffic issues for students who drive, non-student drivers may have to plan in extra time in the morning to get to school.

“When I got dropped off, it was pretty stressful,” junior Jen Rosen said. “I have to plan to leave the house a few minutes earlier just to get on campus…  As a student driver, the rule makes my life so much easier, so I like the rule, but it’s something people will just have to get used to.”

In order to solve traffic issues and make roads around Los Altos safer for bikers and pedestrians, people must change their commuting habits, Rosenberg said.