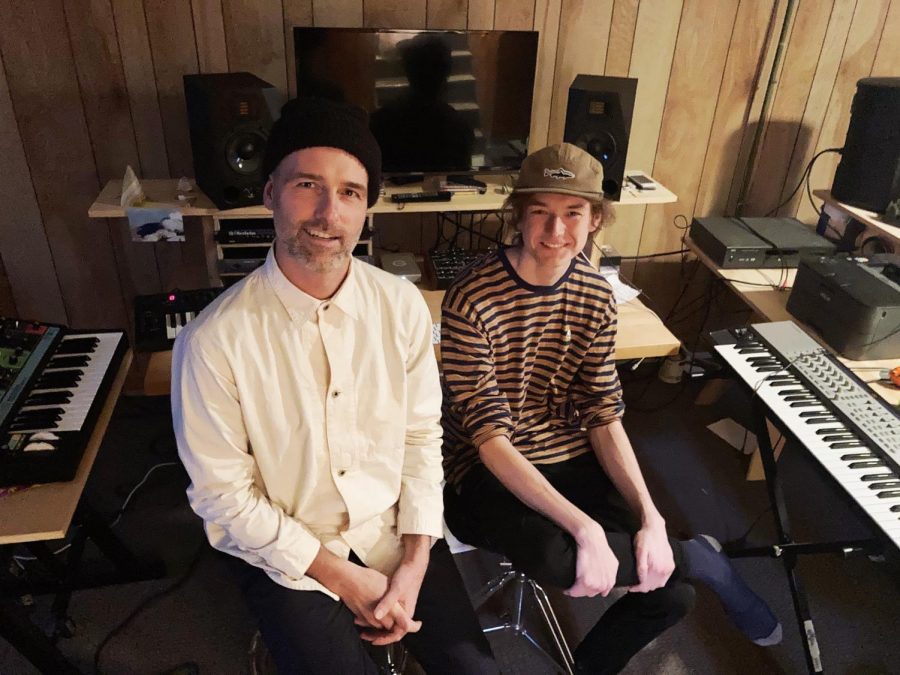 The Michigan-based duo Same Eyes utilizes punchy drums, house music-inspired beats and plenty of synthesizers to make music of a bygone era in 2021. Their debut album found success early in the year in online music forums, and the pair have since released two singles, “Mass Infatuation” and “Goodbye.”

With colorful strings of lights and a background of band posters, Hughes room appears to be that of a quintessential college musician. His bandmate Pratt, however, is several years removed from college. The two met when Hughes was still in high school and Pratt was working as a house painter and DJ. After hitting it off while painting houses, Pratt helped produce several of Hughes’s early songs before forming Same Eyes.

With an album cover that is strangely reminiscent of The Human League’s 1982 “Dare” album, “Parties To End” sounds like an indiscernible amalgamation of iconic synthpop bands such as Information Society and Simple Minds.

Each track is resplendent with catchy bass lines, upbeat boxy snare drum hits and, of course, a plethora of synthesizers. Like any good ’80s band, Same Eyes masterfully utilizes punchy gated reverb drums — the easily recognizable drum sound of the ’80s — to take their music a full 40 years back in time. The vocals, though, stray from synthpop, more reminiscent of post-punk bands such as Simple Minds.

Though the songs are upbeat and suitable for some funky ’80s dance moves, the lyrics are decidedly less fun. The opening track “New Wage” conceals musings of a complicated romantic relationship in bouncy production. A short yet captivating melody switches between several synths and bass, weaving between the vocals and even more synths.

Similarly, the closing track “I Work For You” laments the passage of time, particularly of the short-lived joys of summer as a kid, with lyrics such as “Who would’ve thought that I’d end up in the gutter/Never knew it could be such a bummer drinking wine at a beach house in the summer.” Like the rest of their songs, the music is blindly cheery, a stark contrast to the sorrow of the lyrics.

On Thursday, March 19, the duo released a single “Mass Infatuation.” While similar to their album, “Mass Infatuation” presents a cleaner and crisper sound than their debut, with one listener I spoke to describing it as sounding like “the pep of [The] Human League and the voice of Joy Division,” an apt descriptor for most of their music.

A month later, on April 23, the band released a second single “Goodbye” which is equally crisp with a variety of interesting aural textures to enjoy while listening. Like many of their other songs “Goodbye” would not sound out of place in a John Hughes teen ‘80s movie soundtrack with the repeated lyric of “He’s not my type, he’s not my life.”

Outside of making music, Hughes is a business major, though he confessed that he has no idea how to market music. But several posts to vinyl subreddits and ’80s synthpop Facebook groups helped their monthly listeners on Spotify grow from 42 to nearly 1,000 in just weeks, leading to their album selling out on vinyl.

Listen to Same Eyes’ album “Parties To End” and their latest single “Goodbye” on Spotify or Bandcamp.