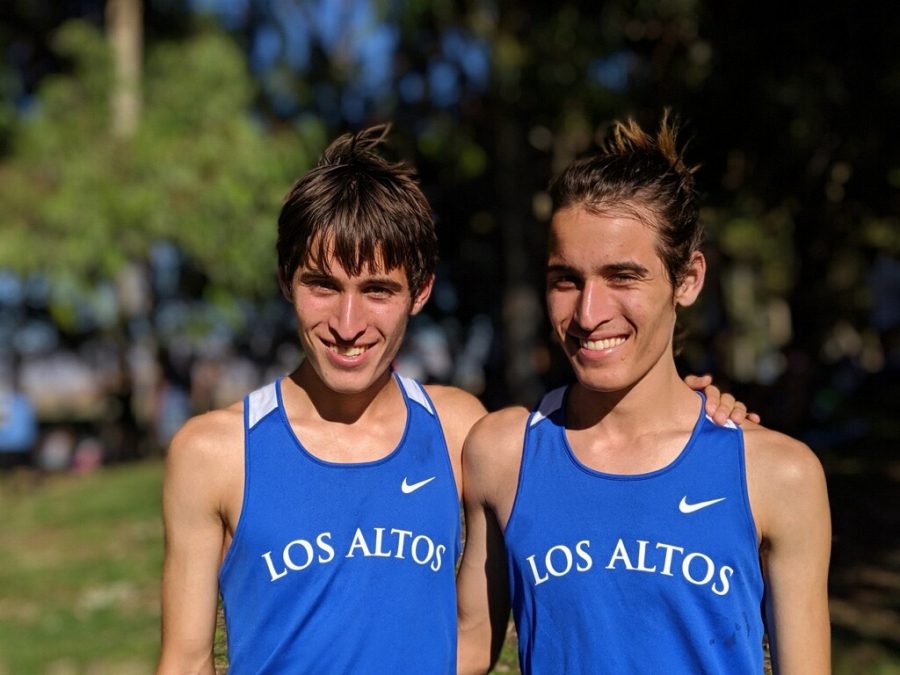 At first glance, one of the only things that distinguishes the two Sage boys from each other is their hair. Adam’s is chopped short, while Luke’s is long enough to trail behind him in the breeze. Otherwise, they look more or less the same. Even their voices sound the same—so much so that, on the audio recording of their interview, they had to preface each response by saying, “This is Adam,” or, “This is Luke.” 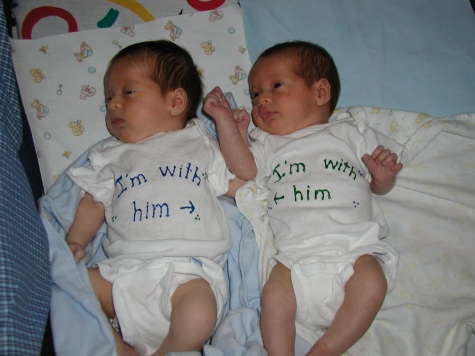 Try to tell the twins apart here! (Luke is on the left and Adam is on the right.) Although the boys no longer wear such stylish matching outfits, they are still just as close.

Of course, these similarities don’t come without an explanation. Luke and Adam Sage are seniors on the Los Altos cross country team, and they’re identical twins.

“It’s been interesting trying to figure out how to do the whole twins and running thing,” Adam said. “We have very different goals.”

While Adam is considering running for a Division 1 or Division 3 college, Luke said that the sport has been less of a force in his life, as he started running two years after his brother.

However, although the boys see their futures in cross country following two different courses, they agree that running is much more than a sport to both of them.

“I think that even though we have such different goals…” Adam started. “…the motivations are still very similar,” finished Luke. Adam nodded in agreement. 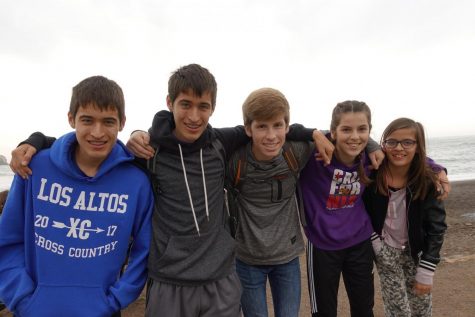 This is what Adam calls “The Sage Clan” on their family hike over Thanksgiving break in 2017. Taken before Luke’s hair made it possible to tell the twins apart, this is Luke, Adam, Peter, Megan, and Elly (from left to right).

The twins also talked about how running on the cross country team has allowed them to form lasting and meaningful relationships both on and off the courses.

“Right now all of my closest friends are from the distance team, and that was one of the main attractions [of the team],” said Adam. “It’s not necessarily about the sport or enjoying the act of physically running; it’s really great to get to know the people on the team.”

The twins are used to being a part of a larger community. They live with their parents and their younger sister Elly, as well as their aunt, uncle and cousins Peter and Megan. Elly is a freshman, Megan is a sophomore, and Peter is a senior alongside Luke and Adam. All five Sage teenagers currently go to Los Altos High School.

Although they all walk the same campus each day, they agreed that each one of them has been able to find their own unique interests throughout high school. 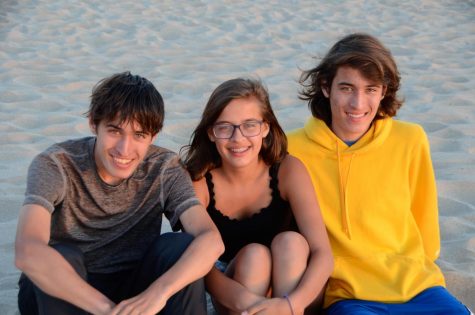 Taken after Luke’s hair made it possible to tell the twins apart, this is Adam, Elly, and Luke (from left to right) at the beach.

“I found running, Peter is a drum major in the marching band and Luke has gotten really into 3D design,” Adam said. “We’ve all found the things that we like, which I think is great.”

The twins did have one joking complaint about their living situation.

It’s unlikely that the Sage brothers will continue rooming together beyond high school, though. Adam said that they don’t see themselves going to the same college, mostly because Adam sees himself studying computer science, while Luke is looking to be an engineering major.

“I know that Adam and I are very likely to end up going to different places, which will probably be really strange,” said Luke. “But we’ve always been close, and I don’t think that will go away.” 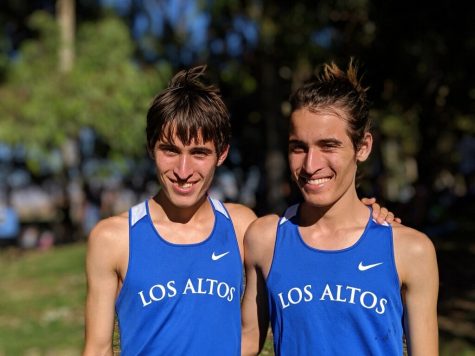 Adam (left) and Luke (right) pose for a photo during the cross country team’s third league meet of the season. This will be the boys’ last year running on the same team before they take separate paths in college.