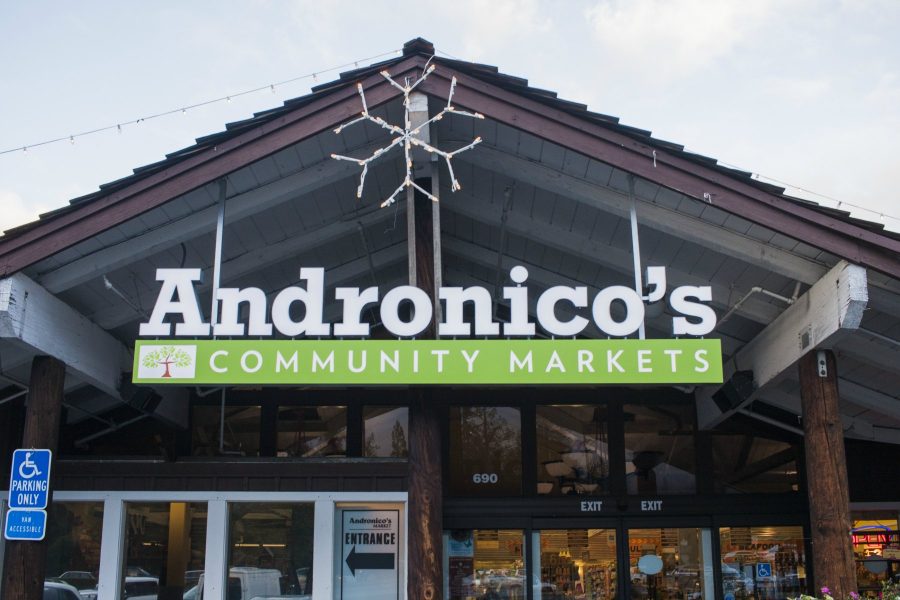 Located in the Rancho Shopping Center in central Los Altos, Andronico’s has been the go-to family market for many Los Altos residents for generations. Residents know the community market for its freshly prepared foods and locally-sourced produce.

“Safeway Community Markets is going to be Safeway’s test store for these specialty type markets,” Kwok said. “They’re keen on keeping many of the same specialty products we have now because they’re recognizing that there’s something unique about Andronico’s, and they want to keep that alive for the customers.”

After Andronico’s filed for bankruptcy in 2011 and was forced to close down three of its locations, it was acquired by Renovo Capital. Earlier this year, Renovo Capital approached Safeway about buying its stores.

Safeway intends to preserve the current identity of Andronico’s despite the brand integration, and also plans to introduce benefits for current customers such as lower pricing. President of Safeway Northern California Tom Schwilke emphasized Safeway’s goal to preserve the local feel of Andronico’s.

“Andronico’s Community Markets have developed a well-respected brand and loyal customer base, and we are committed to keeping the local heritage alive,” Schwilke said. “The evolution of these stores will give customers new everyday low prices and further expand the local, fresh and organic options they have come to expect at both Andronico’s and Safeway.”

Many customers, however, remain apprehensive to this change. Los Altos resident Lori Cox, who lives near Andronico’s, expressed concern about the purchase.

“The thing that’s nice about Andronico’s is that they’re a notch up in quality from Safeway, and it’s a smaller community store, so I can find specific items and support a small business without the crowds of a supermarket,” Cox said. “That’s what I’m worried will change. I know Safeway is trying to preserve the local feel of Andronico’s but I hope that will truly be the case.”

Despite loss of the Andronico’s storefront, Safeway says they will continue to carry Andronico’s freshly prepared foods and friendly employees, although Safeway Community Markets will also feature many of the brands currently found in Safeway supermarkets.