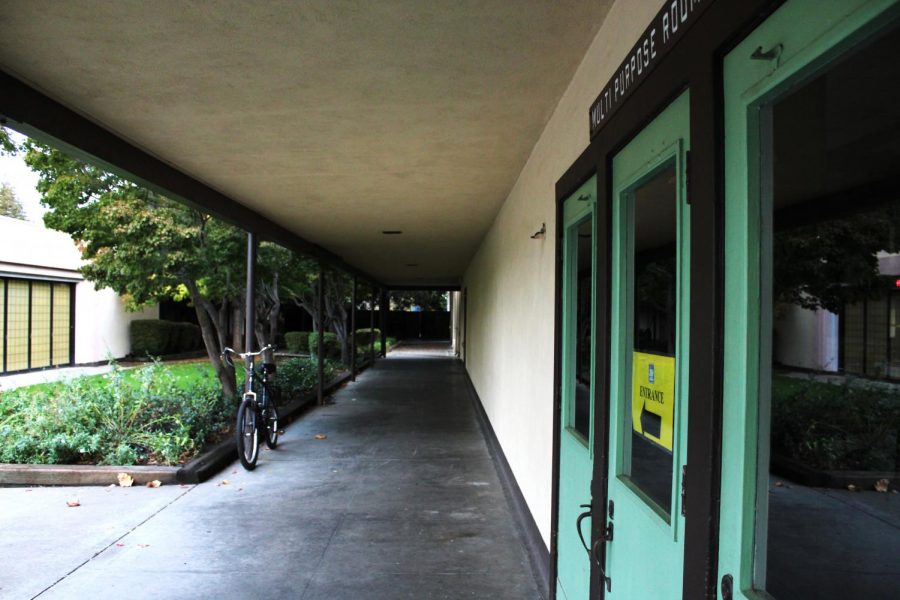 Los Altos City Council is planning on renovating the Hillview Community Center, shown above. Residents have been pushing for a teen space, arguing that teens don't have an area to congregate in Los Altos and that the city should accommodate every age group's needs. Hassib Rangeen.

By Daniela Gloster and Daphne Ih

With the Hillview Community Center scheduled for renovation by December 2020, residents are pushing the City of Los Altos to add a new teen center to the Hillview building plan. The town’s existing facilities and downtown stores accommodate young children, adults and seniors, but aren’t enough to satisfy the teen population, residents said.

The Underground, Los Altos’ current teen space at Shoup Park, is an unattractive, decades-old venue that isn’t frequented much due to its secluded location, Vice Mayor Jean Mordo said. Resident Nancy Bremeau, who has a 14-year-old son, spoke about the issue at the City Council meeting on Tuesday, October 24, and called on council members to do more for teens.

“[Teens] who are old enough to drive go to Mountain View or Palo Alto [while] the younger ones go to Safeway,” Bremeau said. “The Underground is a little-used, dank, musty, rundown basement which is only open a few hours a week. We need to stop pretending that we have a teen center at all [and] provide a modern, centrally located space for our youth [near] the library and downtown.”

Mordo expressed support for the proposal at the meeting, saying that it would move the teen center to a more convenient and accessible location near the high school. In doing so, he hopes that the community center will not only increase teen activity but also encourage other age groups to interact the youth.

“[The Underground is] a very unattractive space, and [because] you have to cross Foothill it’s not very popular,” Mordo said. “The whole idea of the community center is we want to make it multi-generational. We want seniors, we want young kids, we want teens, we want everybody there. We don’t want [just] one group.”

The city has been pursuing renovations to Hillview for almost 20 years. The first plan that was presented in the 1990s fell through, as did a $150-million project in 2008 and a $90-million proposal in 2014. The city finally approved the fourth proposal in April and set a budget of $25 million for a 20,000 square foot space that will include a “multi-generational” game room.

At the Friday, September 29, joint study session with the Hillview Project Task Force, the budget was raised by $7.7 million for more building quality improvements and refurbishing. But now that the city has dipped further into their funds, a teen center would be unfeasible, since an additional $2 million or $3 million dollars would be needed to add it to the renovations, Mordo said. The money would have to be acquired separately either through fundraisers or from private donors.

Despite the financial challenges, Bremeau argues that a multi-purpose recreational center would not be enough and that teens deserve to have a space strictly for themselves. Hillview currently has a designated senior area, but nothing has been set aside for teens.

“This is nothing more than paying lip service to the need,” Bremeau said. “How about we show our youth we value them by giving them an indoor-outdoor lounge space equal to the seniors? Let them make it their own with bean bag chairs and other things that make it comfortable and inviting.”

Still, not everyone supports the proposal. Junior Grace Lilygren, who is also a commissioner on the city’s Parks and Recreation Committee, agrees with the plan for a “multi-generational” game room, but says that the addition of a teens-only space would prevent intermingling between different age groups.

City Council will finalize its decision on the teen center addition at its meeting on Tuesday, December 12, where Mordo hopes that local teens will come to voice their opinions.

“[When we] finalize this, [we hope] that you guys show up and speak for yourselves,” Mordo said. “It might be the pressure we need to move in the right direction.”