So far, the race to the Republican nomination has been a wild roller coaster ride and almost every competitor has had his moment in the spotlight. While this has certainly bought the candidates attention, it isn’t serving them well and the party would be better off settling on a single nominee.

While attention can certainly be a good thing, the candidates haven’t used it effectively. Most of the focus has been on the seemingly extreme positions they have–ranging from Rick Santorum’s stance on birth control to Gingrich’s “colony on the moon” comment. And as all of this has been happening, Obama has been able to bide his time and collect an increasing amount of campaign money.

If the Republicans were to pick a candidate and throw all their support behind him, the chosen candidate could begin to level more attacks on the Democrats instead of against other Republicans, and the Republican party would therefore have a much better chance of beating Obama. 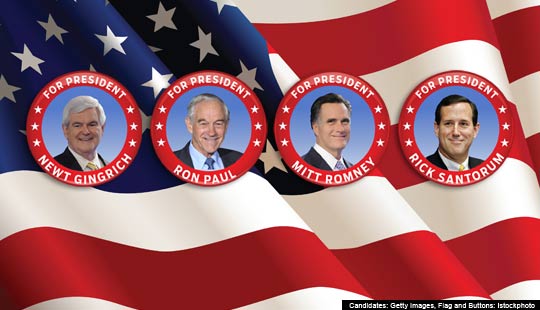 As the candidates fight each other, however, they only become more and more extreme. While Mitt Romney started as a fairly moderate governor, he has been forced to embrace strongly conservative views so that he can win the nomination.

The election this year will almost certainly be close. While most Republicans will most likely vote for the Republican nominee and most Democrats will vote for Obama, both parties can pick up votes with the Independents–a group that constituted 40 percent of the population in a 2011 Gallup poll.

With numbers this high, it is impossible to get a majority without Independent votes. When Republicans take fringe positions on both economic and social issues, they lose these moderate voters. Obama, on the other hand, is more moderate because he is forced to compromise with Congress as President.

If the Republicans moved to stand unified behind one person now, they could stop catering to Republican voters and start appealing to Independents–leading to a far stronger general election candidate and a much more credible challenger to Obama.