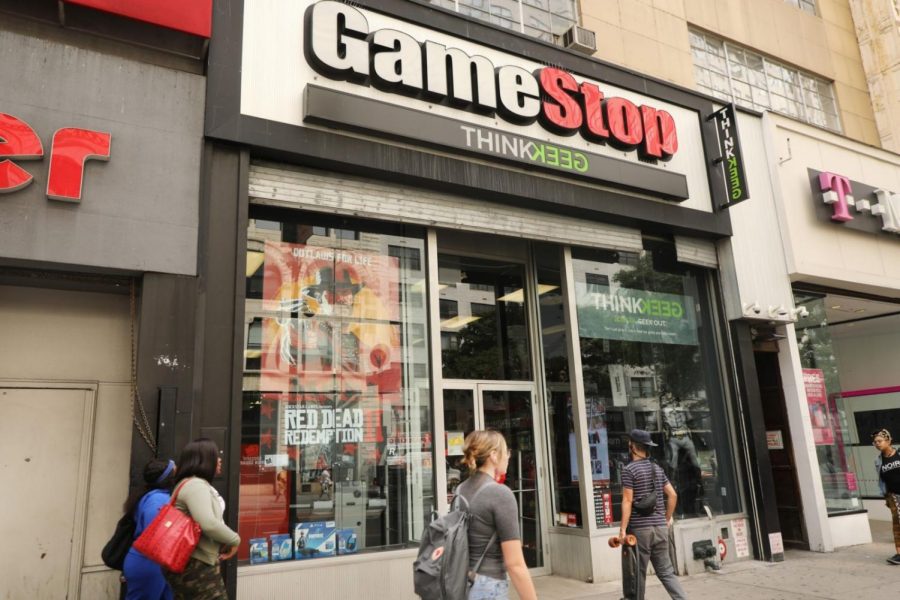 r/wallstreetbets members bought a significant amount of GameStop shares, increasing the price of the shares and causing large investors who bet against the stock to lose money.

The subreddit is a product of the increasing accessibility of stocks, also known as shares, in past months, due to free advice spread on the Internet. The users coordinated the mass buying of GameStop’s shares. Members of the subreddit bought shares of GameStop because they knew that the price would go up due to the increased demand, funding GameStop in exchange for equity, or partial ownership, in the business.

They chose to invest in GameStop because many large investors, particularly hedge funds, were shorting the company. Shorting is when investors stake money that stock prices will go down and make money off of how much the stock decreases in price. These investors make money by borrowing stocks and selling them immediately. Shorters buy the stocks back later so that they can return them, hopefully for less than they sold them for, allowing them to keep the difference.

However, hedge funds dismissed the subreddit, a mistake that would later cost them. Wall Street analyst and owner of investment newsletter Citron Research Andrew Left called people who were buying GameStop stock “suckers at this poker game,” as he and many others were making money off of the price decrease.

The reason r/wallstreetbets was able to reverse this effect, despite all of the hedge fund money stacked against them, was because of an effect called short squeezing. By buying the GameStop stock, they forced investors to buy back their stock at a higher price. The increased demand further raises the price.

Within days, GameStop’s market value soared from $2 billion to $24 billion, with $10 billion gained in one day and stocks increasing 1700 percent since December. On the other hand, well-respected hedge fund Melvin Capital was down 30 percent in the first few weeks of January and needed to be bailed out by other funds.

While some are calling the situation illegal, lawyers confirm it does not violate any law because these platforms are difficult to police.

For many small investors, this money made an important difference in their lives.

“Some of the users can now pay off their car notes, student debts, feed their kids and pay their mortgages,” r/wallstreetbets moderator Stylux said in a statement to Vox. “Who can feel bad about that?”