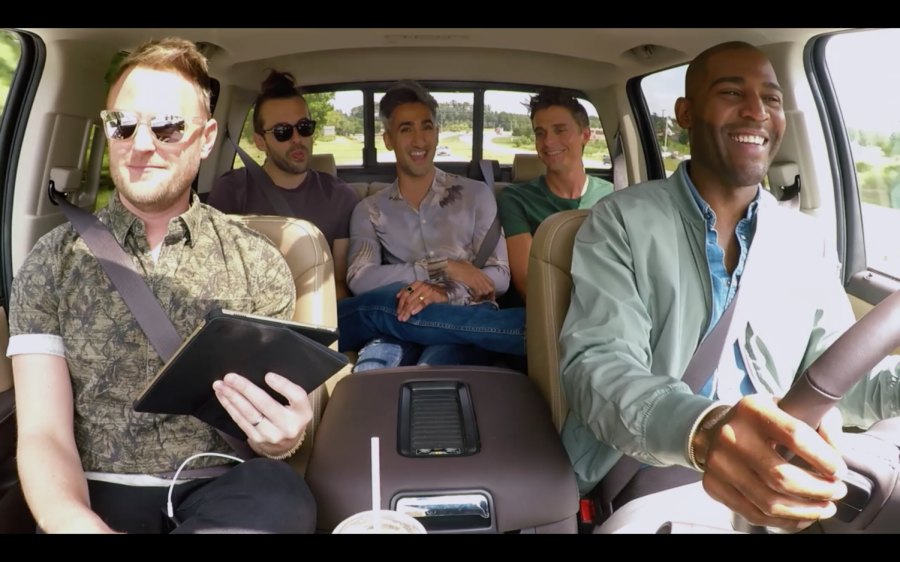 Netflix’s “Queer Eye” is much more than a makeover show. Based off of the original 2003 iteration, the show centers around five gay men, each experts in their own individual fields (grooming, fashion, culture, design and food) who travel to traditionally conservative red states and transform the life and look of one “hero” per week. It can be hard to believe but, as especially evident in its third and most recent season, “Queer Eye” possesses a unique ability to connect people of all backgrounds and change the minds of many, even mine, through authenticity, kindness and laughter.

Before moving to California in 2016, I lived in Kansas for 11 years. After I moved here and even while I lived there, all I could ever see Kansas as was something toxic. It was a place that had never accepted me and never would, and I never thought my opinion of that dreaded state would ever change. When I first heard that “Queer Eye”’s third season would be set in Kansas, I was mostly just excited to see the self-coined Fab Five again and some places I had been before. And I did get what I originally wanted, I got to see the Fab Five reunited again and the familiar sights of the lake where my friend flipped over his canoe and the museum I had visited countless times for school field trips. But I also, much to my surprise, had my mind changed about a place I thought would never be able to redeem itself.

Through the show, I was able to look into the lives of people I would have previously written off as ignorant and hateful and instead understand them on a level I never would’ve otherwise. This was most evident to me in episode one, which featured a white woman who loved to hunt with her husband on a regular basis. “Queer Eye” allowed for me to see who she truly was: a hardworking woman, a loving wife and someone struggling to recognize her own worth.

And this is what “Queer Eye” does so well and what it epitomizes. It humanizes people and emphasizes the necessity for real connection and communication. Its ability to cross boundaries and bring people together through its lighthearted atmosphere and authenticity is unparalleled.

This is helped tremendously by the guys at the center of it who, even though I only see them through a screen, appear to be some of the most genuine, loving and kind people in the world. They have all had to deal with tremendous hardships in their lives yet they are still so open to the world, so genuine and so kind. They are so willing to share their authentic selves and their authentic stories to the world to connect and help others. Bobby Berk, the design expert, for example, grew up in a religious house and was ostracized for his sexuality. He had to leave home at 15 years old, never finished his high school education and bounced between friends houses. Despite this and despite having previously sworn himself off from ever entering a church again, he still redesigned the community center for a church in the first episode of season two. He still opened himself up to the hero of the episode, a woman whose life is defined by faith and had real conversations with her about his experience to better help her reconnect with her gay son.

And this is what makes “Queer Eye” truly stand out. It is so hard to find media today that is entirely devoid of pessimism, and is instead based on kindness and self-love. The show and the Fab Five don’t set out to ‘fix’ anyone the way most makeover shows tend to. Instead, they focus on making their heroes feel good about themselves through promoting self-care and self-love and bringing out the best parts of who they already were. And this works because they’re kind and authentic and aim to form a real connection through honest communication.

For all these reasons, “Queer Eye” is one of the best shows currently available on Netflix or anywhere. It’s the human equivalent of a warm hug and a fun day out with friends. So, I encourage you all to give it a shot and remember that, as Karamo Brown, culture expert, once said, “When people build up walls, they end up keeping other people out. But they’re also keeping themselves in.”