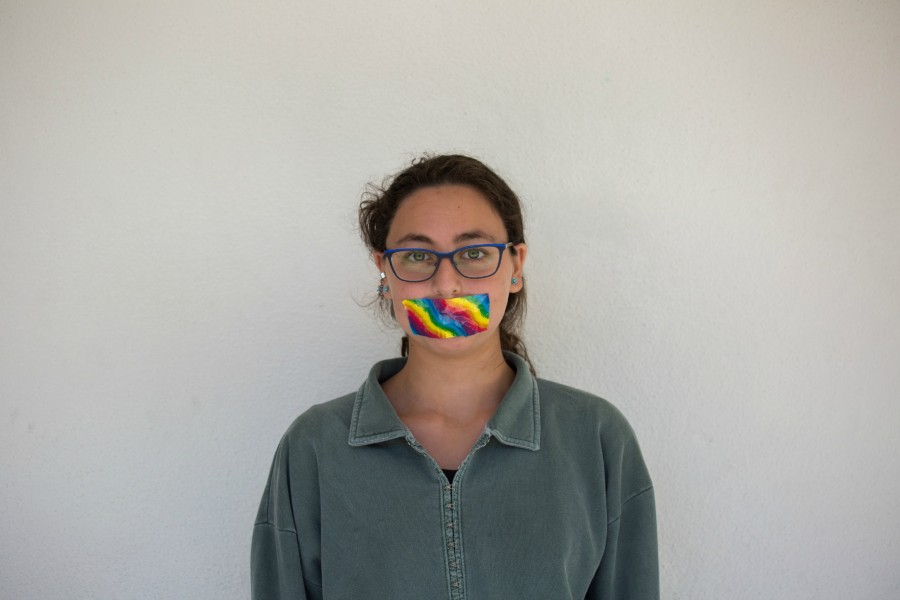 An anonymous student participates in the Day of Silence. Photo by Elvis Li.

Tomorrow, Wednesday, April 29, the Queer Straight Alliance (QSA) is participating in the Day of Silence, a nation-wide event to meant to draw attention to the silencing effect of bullying and harassment of lesbian, gay, bisexual, transexual or queer (LGBTQ) students. Throughout the year, different schools organize their own Days of Silence in which participants do not speak in an attempt to draw awareness to this issue.

QSA has organized this event for multiple years and focuses on making sure the message is heard despite the fact that participants are not able to speak to explain their message.

“Last year’s Day of Silence was a success because we introduced duct tape [to cover the mouths of participants] and cards [that explain what the Day of Silence is] to increase the visibility of the event,” QSA President senior Sasha Sobol said. “Since giving participants ways to show that they are silent for a cause worked last year, we’re doing it again this year.”

Although the point of the event is to raise awareness by doing something that people will notice, QSA does not want to disrupt class too much. Participants are encouraged to warn their teachers beforehand that they will not be speaking to avoid problems or confusion. Participants can also break their silence to speak in class if it is necessary.

The goal of the Day of Silence is not to protest any issues at the school or elsewhere as much as it is to raise awareness of the lasting stigma surrounding LGBTQ people in society.

“[The] Day of Silence brings attention to anti-LGBT name-calling, bullying and harassment and effective responses,” according to the website of the Gay Lesbian and Straight Education Network. “The goal of the Day of Silence is to make schools safer for all students, regardless of sexual orientation and gender identity/expression.”