Q&A: Immigrants from two ends of the globe 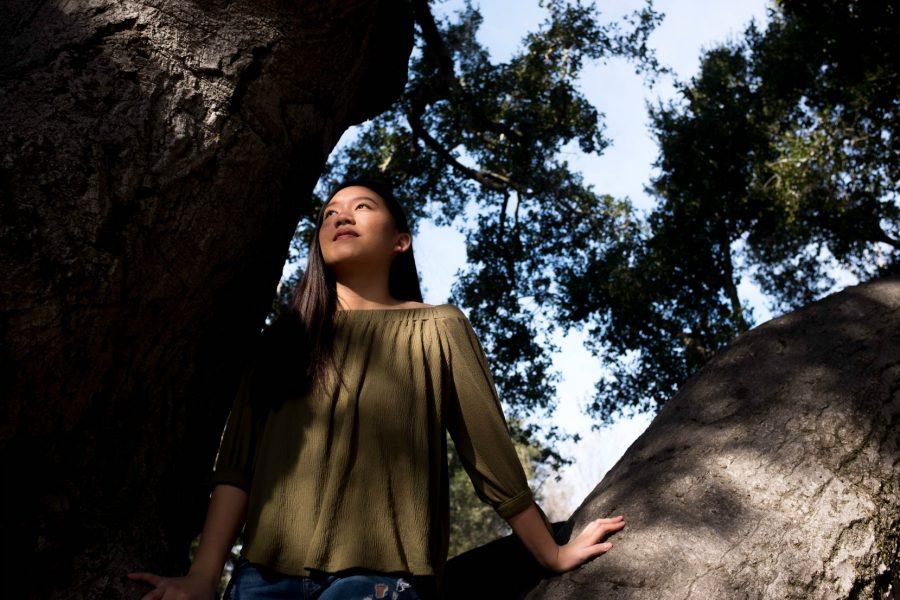 By Cameron Avery and Michael Sieffert

It’s often said that people are products of their environment — that on each individual can be found traces of people they’ve known and places they’ve been. Two students, Junior Cassie Kennedy and Senior Christine Huang, typify a community where no one can be called typical. Though they lived on opposite ends of the globe — Cassie in rural Indiana and Christine in bustling Taiwan — their experiences are similar. Both have been able to preserve some traditional elements of their culture while absorbing the progressive ideals of the surrounding area. In the following interviews, The Talon aims not only to look into the lives of two individuals, but to glean a broader understanding of the diversity that makes up our community.

The Talon: Can you tell me a little bit about your background and your culture?

Christine:* There’s a term everyone uses: ABC, or American Born Chinese. It makes it easy for people to classify you. I was born in Dallas, Texas. My parents had emigrated from Taiwan a few years before, and my dad got his degree there. Because he had to transfer for his job, we went to China for about a year. Then we moved to Taiwan, where I stayed the longest, and that’s where I really developed my identity.

T: Would you consider yourself more influenced by American culture or by Taiwanese culture? What have the main influences been?

C: When you’re in Taiwan, they think you’re American, and when you’re here, you’re Taiwanese. When I was in Taiwan, I felt more American. I went to an American school where we spoke English. People see you as a snob and say, “Oh, she goes to an international school or whatever,” even though we’re like other kids. When you come to the U.S., you feel like an outsider in a different way, because you have a lot more exposure to different cultures than most people here, or at least different types of cultures.

T: Do you feel that your parents’ upbringing and culture has influenced you?

C: Definitely. There are a lot of traditions they have that I certainly don’t agree with. In Taiwanese society there’s no idea of feminism. My mom’s upbringing was to always do whatever the elderly tell you to do and make sure the man is satisfied. That almost repelled me from [the culture], and seeing that in my own household, it all felt foreign. There are other things; for example, my mom tells me not to wear black all the time because of superstition. Most of the time I don’t listen to her. I’ll do something she’ll see as insensitive, but she doesn’t realize her upbringing is totally different from mine, so I wouldn’t see it as anything rude.

T: What makes you “feel Taiwanese” when you’re here?

C: When I first moved here, so many people were asking me how I could speak English. I was pretty shocked. I was like, is this what people think of Taiwan?  I don’t expect people to know where Taiwan is at this point. They’re like, “Oh, it’s Thailand,” and I’m like, “Nope.” But it’s funny to see. People don’t understand where you come from, and I don’t think that’s their fault. It’s not like I would know how they grew up. So there has to be this mutual understanding — people are willing to learn about your own background, but don’t expect them to already know.

T: How do you feel your cultures come together to influence you?

C: When I’m in Taiwan, I identify more with what they believe. I don’t know if there are certain things that clash with each other. So many ideas here [in the U.S.] are considered radical to people in Asia, like feminism. They don’t seem to understand, and in some ways, that almost made me try to convince my mom that you don’t have to be subordinate. That changes her behavior, but not in drastic ways.

T: What’s it been like to interact with people from other cultures?

C: My friend Karla is Mexican. So much of what her mom tells her to do is similar to what my mom tells me to do. You see so many similarities in family dynamics. Language affects her too; she speaks Spanish to her mom and I speak Mandarin to my mom. Before, I felt like so many people were so different from me, but there are underlying similarities.

T: Do you feel that living in Taiwan has made significant marks on you as a person?

C: Yeah, definitely. You see things from a more open perspective. I don’t know if I can compare [my perspective] to someone else who was born and raised here, because I obviously wouldn’t know how that feels. But you adapt to a different perspective on most things. You tend to appreciate things more, because you know they’re not permanent. 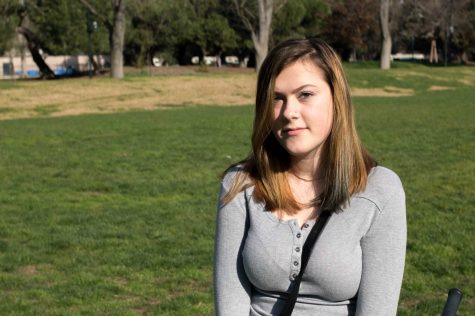 The Talon: Describe the community you grew up in.

Cassie:* It was a very different place. I grew up in the Midwest, in a small town in Indiana in the middle of nowhere. My mom worked at the school I went to. She was a high school teacher, and it was a very religious Christian school where we had eight periods, one of them being a Bible class that specifically taught Christian religion. Every Friday, we had a chapel or a sermon at school. It was just kind of… everywhere. You rarely ever met a person that wasn’t a Christian in the town.

T: How diverse was it?

C: It was almost entirely white. Until I came out here, I had never met an Asian person. I knew a few African-Americans, but it was either you’re black or you’re white — no Hispanics, no Asians, anything. It was very conservative — liberal views were definitely less tolerated than they are here. I have very strong opinions but I never really contradicted anybody back (in Indiana).

T: Do you miss anything from living in the Midwest?

C: One of the first differences you’ll see when you go into the Midwest is just how open people are to getting to know you, or becoming a friend, or offering you anything that you need — they’re very, very hospitable. You move out here and you think that you’re going to make a friend in the first few days, but that’s not what happens. Everyone just minds their own business — I miss that you’re able to have a conversation with a stranger and it’s not weird.

T: Was it difficult having these progressive opinions at home?

C: I’ve had lots of deep discussions with my parents and my family about controversial topics, and I tend to fight for the unpopular opinion — being from the Midwest, a lot of people are pro-life or Trump supporters, and when I fight for the other side, they take it as me betraying them or whatever. I want them to see the other side of things, because it’s difficult for me when they come off as closed minded.

T: It sounds like your parents are definitely less progressive than you.

C: Part of it is just a generational thing. There are always going to be things that the younger generation accepts and that are harder to handle for the older generation, because things change so much — I think they would say that they’re more progressive than their parents.

T: Obviously faith is a big part of your life — would you say that it’s remained as strong as it was in Indiana?

C: Yes — if not stronger. When nothing in your life changes, your faith kind of plateaus, and when you’re put through a challenge, you either stray away from it or you grow stronger. The sudden move to California was really rough for me, and I think I went through a lot. But if anything, the time spent thinking about my religion — I just enjoy it so much more than I did, because I’m able to appreciate it more.