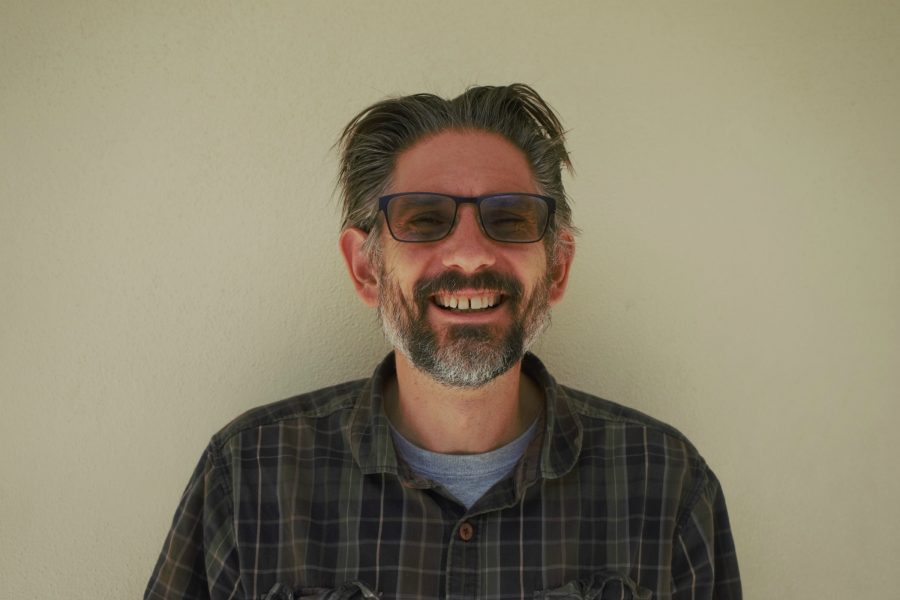 By Alex Wong and Javin Pombra

The Talon recently talked to social studies teacher Seth Donnelly on the outcome of the presidential election. While Donnelly did not support either candidate before the election, he expressed concern for the future of the country.

This is part of a series of interviews The Talon is conducting with different history teachers about their opinions and reactions to the election. Stay tuned for more Q&As in the coming days.

Who did you support?

I do not belong to a political party, and I don’t I didn’t have a single candidate that I was backing. My ultimate vote is private, but I had very strong problems with backing Hillary Clinton for the roles she’s played as Secretary of State in countries like Haiti, Libya or Honduras as well as her ties to Wall Street. I had of course even deeper problems with Donald Trump for his racism, his xenophobia and his sexism.

Who did you think was going to win the election?

I thought Clinton was going to win. I figured the polls were remotely accurate.

How were you feeling during and after election night?

I was surprised. I was stunned, and then it sort of started to sink in that a very heavy decision was being made that would impact many many millions of people.

How were students affected by the election in your view and how did you approach the results the next day?

Everybody was in some shock, and some students were scared. Before my class even started, there was a student who was in my room in tears worrying about deportation for her and her family members.

What is your view on protests like the school walk out a couple weeks ago?

I support protests, and I’ve participated in many protests as an adult. I think that Trump protests need to be more focused. It’s fine for people to come out initially in shock and trauma, saying “Not our president, we’re upset about this.” But if that’s all that it’s left at, then it doesn’t go anywhere. So, by way of contrast, the protests about the Dakota Pipeline, those are very focused for telling the banks like Wells Fargo and Citibank to stop funding the pipeline. The Trump protests are relatively unfocused at this point, which is understandable, but if they’re going to stay in power, people need to start coalescing and thinking about what they want, not just what they’re upset about.

What type of historical precedents does this election have?

I’ve been teaching the 1920s in US History right now, and the nativism really struck me. The 20s was a period of tremendous of nativism. [For example], the National Origin Act tried to control immigration from primarily Eastern and Southern Europe. The 20s was a period of a certain amount of scapegoating ,and of course there was the Ku Klux Klan, so there are parallels of then to now as far as that sort of nativism and ugly white nationalism. Clearly, Trump is playing this kind of rhetoric and he’s not in the KKK but he’s endorsed by the KKK and endorsed by people like David Duke.

Do you think minority groups should feel threatened by president-elect Trump?

Absolutely, not just for the things he said, but also who he’s putting in for his administration. Steve Bannon is a very disturbing individual, and the Anti-Defamation League has put him on the radar for far right ties. Trump announced he’s putting Jeff Sessions as the Attorney General who has a background of racism. So, yes I think this is a very scary period for people of color and for women. Also, let’s not forget LGBT individuals. His vice president Mike Pence has a record of supporting conversion therapy for gays and lesbians, so I think we have to take this seriously. It’s not a joke, it’s not a reality television program. This man has control over 4 million employees and a budget of 4 trillion dollars.

What are your expectations for the next 4 years?

We need to expect a serious ongoing rollback of things we’ve taken for granted such as New Deal legislation that goes way back and [other] basic labor and environmental protections such as civil rights standards.