Pros of a Politically Correct Punchline 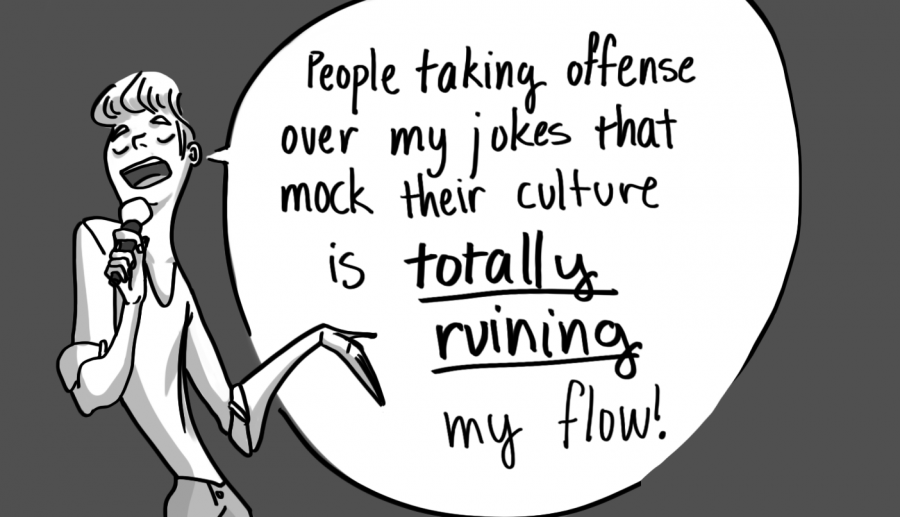 Amidst the chaos of contemporary politics, comedians are attempting to voice their opinions and establish a spectrum of perspectives on current events. A byproduct of this phenomenon is the trend of comedians toeing the line between offensive humor and what’s considered politically correct. This raises the question— is political correctness strengthening comedy, or is it holding it back? And more importantly, why does it matter?

Opponents of political culture argue that “PC culture” ruins comedy because people have to walk on eggshells to avoid offending people. After all, they argue, it’s only satire. Isn’t there freedom of speech?

A misconception concerning the argument over political correctness’ role in comedy is that satire and comedy are synonymous — that is to say, comedy is inherently satirical. The reality is the contrary: satire involves taking a subject, usually a controversial one, and using irony in order to demonstrate an accessible argument about reality. It’s a higher standard of comedy than your casual joke on race, or, in the case of some comedians, offensive slurs or generalizations.

So if your favorite comedian or talk show host is tossing around slurs to gain a cheap laugh between sets, or even using slurs in a punchline, it cannot be written off as satire. Using transphobic language to further a joke is not equivalent to taking an ideal and critiquing it.

When it comes to comedians and talk show hosts being overly offensive, consider how many -isms and -phobias lace their routine. For all intents and purposes, racist, homophobic or transphobic slurs and outdated and derogatory terms such as “retarded” in the name of humor can be categorized as overtly offensive and not in accordance with the culture of political correctness. It’s not just that they don’t fall in accordance with a societal rule: rejecting political correctness in comedy continually reinforces stereotypes against minorities.

Consistently airing borderline hateful and full-on insensitive content in the name of humor, allows marginalized people to fall into untrue and harmful generalizations in the eyes of those who consume comedy. The dehumanizing aspects of comedy aren’t restricted to a ten-minute riff about the military: the harmful stereotypes and generalizations depicted in comedy play out into public perception of groups that struggle to find positive and accurate representation. Comedy and satire are accessible ways for people to be exposed to new ideas and opinions, so with a more inclusive version, we can take a step toward a more equitable and less judgmental society. Political correctness is one way to get there.

Politically correctness in comedy is not as boring or limiting as its opponents make it out to be. Being conscious of the experiences and opinions of others and employing thoughtfully and critically crafted satire does not break any “rules” of political correctness. If your punchline relies on disparaging minorities, it wasn’t a very good one in the first place.