Grades app creator Adrien Truong messaged users that their versions of the app will still work. 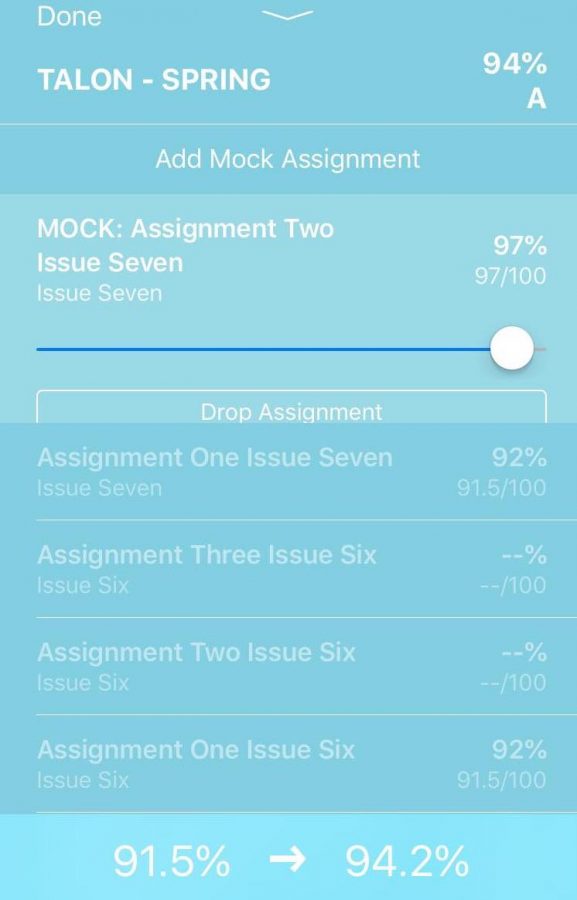 By Daniela Gloster and Cathy Wang

In April, many Los Altos students opened the Grades app to find a message from its creator, Adrien Truong, that stated, “This will be the last update to the Grades app. Regretfully, the Grades app is shutting down on April 30th, 2018.” The app has continued to work since its shutdown but is no longer available for download on the App store.

The Grades app, which had over 65,000 downloads from the app store and supported over 350 districts, was widely used on the Los Altos campus to check grades. Many have come to rely on this app, checking it at least once a week. It was most known and appreciated for its clean, easy to use and colorful interface as well as its ability to quickly help students calculate their grades through adding mock assignments.

“I use it [almost] everyday, sometimes a few times a day,” sophomore Sameera Ahmed said. “Some teachers don’t update SIS as frequently as I wish they would. The grades app helps me with this because I can add more assignments and their grades and I can see what my current grade is, rather than a grade they have not updated. ”

The end of the Grades app will undoubtedly affect the student population at Los Altos but there are other options available. Aeries, for example, has an app that students can download. Though the interface isn’t as polished, it is also able to calculate grades with relative ease as the various weights for assignments are already included. Other apps for checking and calculating grades are available, but many of their features are a premium option.

“I’ve heard about the Aeries app, but I don’t know much because I’ve never downloaded it nor felt the need to,” junior Katherine Houston said. “Based on the App Store page and its low reviews, I’m a little skeptical about it. I don’t think it could ever replace the Grades app. I probably would give it a chance, but based on the aesthetic factor alone, I don’t think I would keep it around for long.”

Additionally, junior Kendall Goto created a Chrome extension that gives you the ability to see your grades in a pop-up as well as the ability to calculate future grades.

As the Los Altos student body says goodbye to the Grades app, remember these words from its creator, “To all the users of this app: thank you and good bye…. It’s been an honor developing this app for you all,” Truong said. “Hopefully we’ll meet again in a future app.”