Playing an important role behind the scenes 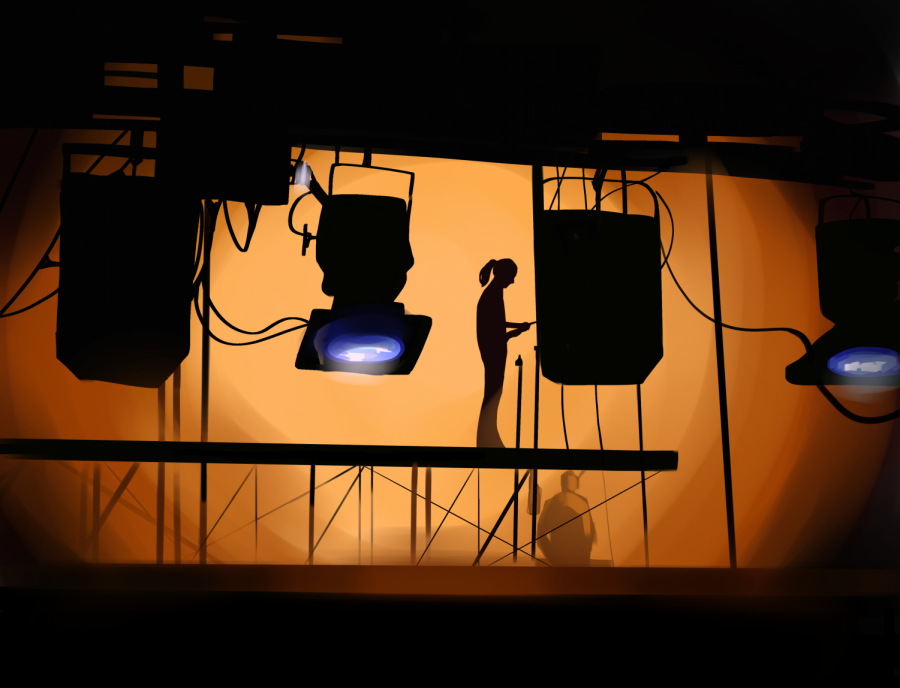 Senior Sydney Enthoven is the stage manager for Broken Box, running the entire show from behind the scenes. Her role requires her to adapt to every performance’s needs and determine technical aspects beforehand.

By Julie Vargas and Rachel Rudyak

Lights! Camera! Action! The production commences, but what if there were no lights or cameras?

Senior Sydney Enthoven is the stage manager for Broken Box. To put it simply, her job is to run the entire show. But not many people know that she oversees the technical crew and ensures that all set pieces and props are ready and in position.

“People see your work and they have no idea who did it,” Sydney said. “But it’s okay that the audience might not know that one sequence of lights and sounds took you an hour to get right because you get to help create this beautiful performance.”

During sixth period, Sydney normally focuses on constructing and perfecting sets. Outside of school, she assembles a calling script of all the lighting and sound cues with colorful post-its enveloping every page.

Each play and musical presents a unique set of challenges: some performances may require heavy prop use, while others demand intricate light and sound sequencing. As the stage manager, Sydney must adapt to every performance’s needs as well as determine those technical aspects beforehand.

“I get to create an entire production,” Sydney said. “Not many other classes are project-based, you’re not creating something that people actually get to come see. Seeing everything magically come together and all your hard work paying off is truly an amazing experience.”

Initially, Sydney entered theatre with a specific interest in acting and began her journey in 2010 at the Hope Musical Theater Summer camp. Throughout her four consecutive years in the camp, she played various roles in the Sound of Music, Bye Bye Birdie, Once Upon a Mattress and Music Man. She also participated in the Peninsula Youth Theater (PYT) while in middle school.

After taking the Acting 1 class at Los Altos, she was eager to join a lesser-known area of the production, to work specifically on show design. Her interest led her to dedicate her time to musicals and Broken Box shows since her freshman year.

“I loved watching the hidden secrets and details of movies,” Sydney said. “And I wanted to do things like that, create the little details in lighting and sound and props.”

Sydney was the assistant stage manager in her freshman year for the school musical “The Boyfriend.” The following year she joined Broken Box as the stage manager and has maintained the position since then.

“Sydney is like my right arm because she’s making sure that everything gets done the way it should be done,” Broken Box teacher Nancy Moran said. “That’s what she wants to do in college and she’s gonna be great.”

Sydney plans on pursuing stage management in college; whether it be for musicals or plays, she wants to continue to work on the technical aspects of producing a show.