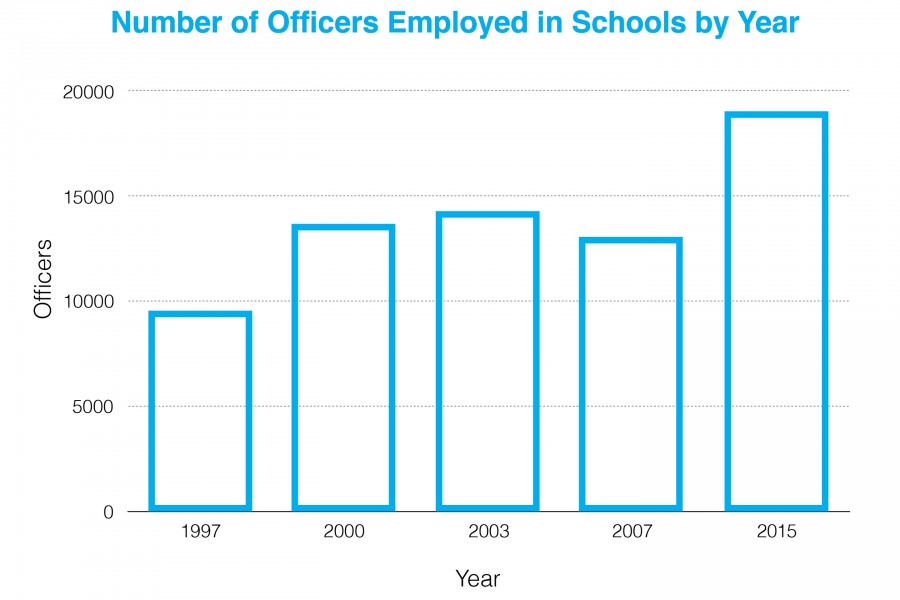 Across the country, thousands have watched a cell phone video in which a police officer pulls a female high school student out of her desk and presses her down to the ground. The officer, a school resource officer (SRO) for Spring Valley High School in South Carolina, was responding to a call for support from an administrator who reported that a student was on her phone in class.

As the national conversation over guns has grown louder, some have asked whether having guns in schools makes students safer, but many are unaware that there are already programs that put thousands of armed police officers in schools across the country.

Resource officers actually receive far more training in classroom than typical officers do, even though both may respond to calls from school campuses. While resource officers take an intensive one-week course covering topics from ethics, to teen psychology, to sex trafficking, other officers only receive on average six hours of instruction dealing with minors.

However, SRO programs face significant opposition from groups who say their presence makes mistakes inevitable. The American Civil Liberties Union, citing a Department of Justice assessment, concluded that improperly trained SROs “can make serious mistakes… that at best cause short-term crises and at worst jeopardize the entire program at the school.”

In addition, SROs have a lower threshold than other police officers to search students. Like a school official, SROs require only “reasonable suspicion” instead of “probable cause,” a higher standard that applies to most searches by officers.

In training, resource officers are taught different methods on how to deal with unruly students. There are a number of different methods to try when a student is acting up, with physical force being the last resort.

Langone says that while incidents are rare, when they do have to handle student behavior, the situations are generally settled peacefully, despite exceptions such as the Spring Valley case.

“I don’t have all of the facts so I can’t say whether it is abuse,” Langone said. “It’s hard not knowing why he was called there, why he physically had to contact her. I would have like 20 questions before I could give an answer on that because I don’t know all of the details.”

While the debate over school safety continues, 19,000 school resource officers across the country continue to go to work in their respective districts every work day. ◊